Some Thembelihle pupils find schools, while others wait 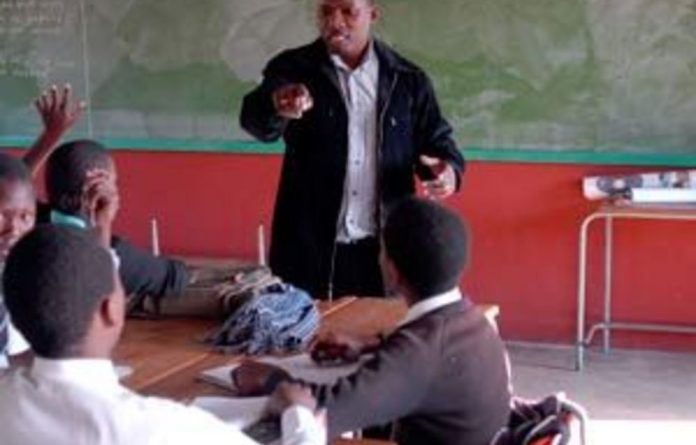 The majority of Thembelihle learners who were without schools four weeks ago have been placed, but 10 unlucky learners are still struggling to find a school that could take them in.

After the Mail & Guardian reported that over 50 learners were battling to find schools, district officials stepped in and managed to place most in schools located in the neighbouring Lenasia.

The placement project gained momentum on January 31, when district officials went from school to school to find classes for learners. According to Siphiwe Mbatha — a community leader who has been helping parents enrol their children — learners in grades eight, nine and 10,who were a minority, were not placed. He said the officials promised to facilitate their enrolments, but “they have not responded to learners and their parents since then”.

Five of the learners were due to start grade one. Mbatha told the M&G four of them were not placed on January 31 because their parents did not attend a community meeting that was preceded by the district officials’ placement campaign. One recently returned from a rural area.

“That day we dealt with remaining grade one learners. We were supposed to have 11, but seven were available for placements,” Mbatha said.

An unemployed parent said she missed phone calls from Mbatha on the day. “They called my husband, but he denies they called him,” she said. The parent added that she applied for placement only in January, because she had initially planned that her son would study back home in the Eastern Cape.

The M&G met Florence Tau, a grade 10 learner still without a school, in Thembelihle on Monday afternoon. In full school uniform, Tau had just returned from a district office to inquire if they can place her in Trinity Secondary School. “Since January 16, when schools reopened, I’ve been up and down looking for a school,” she said.

Tau, who decided to move from Moses Maren Technical School, a school many Thembelihle learners shuttle to by bus, said she was turned away from Azara Secondary because it was full. “They told me it was full. It’s really full. We can’t blame the school. Azara’s classes have between 43 and 44 learners, they showed me the list,” she said and admitted that she only applied for a place in January.

Grade 10 learners Refilwe Chobeka and Khoboso Mokhethi who were not in school in 2011 are among the excluded group. The teenagers, from the North West and Lesotho respectively, arrived in Thembelihle early last year.

Late applications led to their exclusion in 2011, but now they have proof that they applied on time for this school year. District officials promised to handle their enrolment and claimed the two are “special cases” but they are yet to do that, said Mbatha.

“Chobeka applied for admission in August last year and has documents to show that she applied early. But the school didn’t accept her, claiming it was full,” Mbatha said.

Mokhethi’s report card from a Lesotho school is believed to be behind her exclusion. Mbatha said the school she applied to for admission was confused as to whether it should place her in grade seven or grade 10. District officials promised to resolve this.

The M&G is aware of two grade eight learners also still not in school, more than a month after schools reopened. Mbatha said they want to ensure all learners are enrolled to avoid the repeat of last year, when some learners were left out for the entire year due to admission problems.