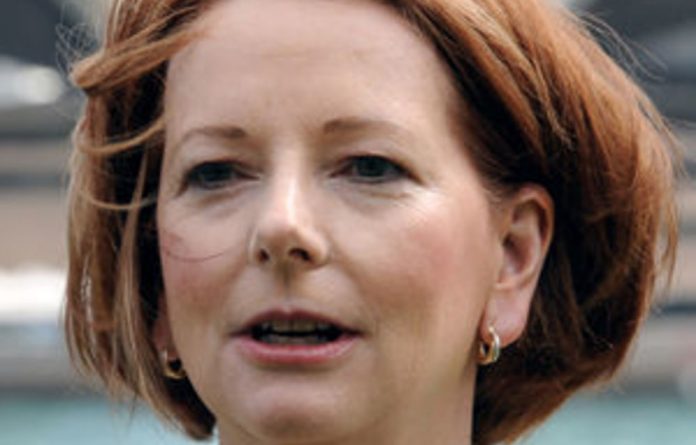 Australia’s Foreign Minister Kevin Rudd resigned his ministry on Wednesday, saying he could no longer work with Prime Minister Julia Gillard, stoking speculation he would mount a leadership challenge and plunging the government into a new crisis.

The government has sunk in popularity as Gillard and Rudd, whom she ousted in 2010, have waged a personal feud. They differ little on policy, but their battle threatens to lead to an early election and a defeat for its economic reform agenda.

Rudd’s supporters have called on Gillard to hold a leadership ballot, believing only he can stem haemorrhaging voter support, but a move back to Rudd risks losing the backing of independents who give the minority Labour government a one-seat majority.

“If they go down this stream it is a very high risk strategy and it would more than likely lead to an early election,” said Tony Windsor, one of the independents.

Rudd told a news conference in Washington he would return to Australia this week before deciding his future, but ended his announcement asking his ruling Labor party colleagues “who is best placed to defeat [opposition leader] Tony Abbott at the next election?”.

The latest leadership turmoil has been fuelled by an ongoing poll slump, with Rudd’s backers saying he remains more popular with voters and would help revive party support ahead of the next election, due in late 2013.

But while Rudd is more popular with voters, he is not as well liked within the Labour Party and he alienated may colleagues with imperious style when he was prime minister.

Authority
Labour insiders say Gillard has the strong support of the ruling Labour Party, with Rudd supporters numbering around 30 of the 103 Labour Party lawmakers.

Earlier, Gillard was reportedly considering sacking Rudd from the ministry in order to reassert her authority over the government.

While Rudd would be unlikely to win a leadership vote, any surprise Rudd victory could force a snap election as he would need to re-negotiate support from the Greens and independents.

Opposition leader Abbott has vowed to scrap the government’s proposed taxes on carbon emissions and mining profits if he wins the next election.

Senior government ministers have in the past week urged Gillard to sack Rudd from the ministry due to the bitter and ongoing speculation that he wants to return as prime minister.

“The simple truth is I cannot continue to serve as foreign minister if I do not have Prime Minister Gillard’s support,” Rudd said. “The only honourable course of action is for me to resign.”

Weeks of leadership instability now undermines Labour’s chances of holding power in the state of Queensland at a March 24 poll — the resource-rich state is also crucial for the national government’s re-election.

The Gillard government would be thrown from office if a general election was held now. Australia’s next national election is due in 2013. — Reuters