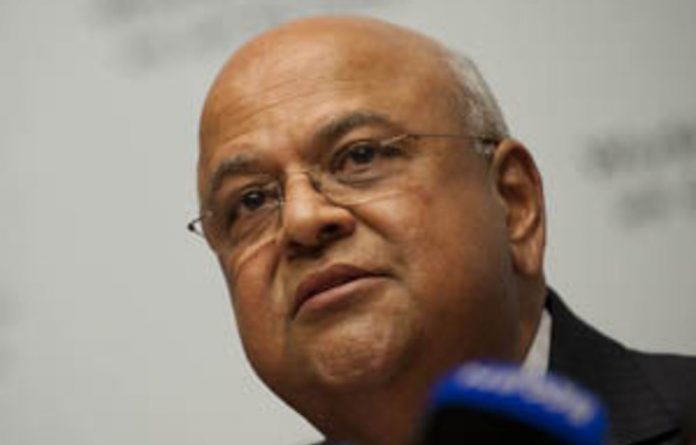 But the Democratic Alliance (DA) said the money allocated for infrastructure and growth was not good enough.

“I don’t think we got it today, but let’s give the minister credit because he managed to bring the budget deficit down,” said DA finance spokesperson Tim Harris.

“The fact that he managed to do that shows us that we have more space to be bold on growth, and on infrastructure particularly … I mean the growth number that he [announced] today is projected to grow at 2.7% and that’s with the global economy growing faster … and Africa growing even faster … We want to see far more on growth. Those numbers aren’t good enough.”

He said the budget showed that this year less would be spent on infrastructure.

“We want to see bolder numbers,” he said.

Pleasant and predictable
But African Christian Democratic Party MP Steve Swart said he was pleased the budget focused on the productive side of the economy, namely infrastructure development, instead of on the consumer economy.

If the money allocated on infrastructure was well spent it would stimulate the economy and create jobs, he said.

“All-in-all [it was] a very positive budget in difficult circumstances,” Swart said.

He said he was pleasantly surprised given the global economic crisis and prospect of reduced economic growth in South Africa, but added he was disappointed in the increase in the fuel levy by 20 cents a litre of petrol and diesel from April 4, as this would be inflationary.

Much would depend on whether or not declarations of policy would materialise into programmes of action. The most concerning aspect was the insufficient emphasis on economic growth, he said.

South African Chamber of Commerce and Industry CEO Neren Rau said the increase in taxes on business was concerning.

“Our biggest concern is the increased taxes on business — capital gains tax and the corporate tax,” he said after the budget was tabled by Finance Minister Pravin Gordhan in Parliament.

“We are a bit concerned about the impact that would have during a time when liquidity is fairly tight.”

“We have just come out of a very uncertain policy environment.”

‘Reasonably well’
Rau added if 2012 could offer more certainty on policy, business might be more willing to loosen the purse strings and invest.

The minister also announced measures to ease the tax burden on small business, to which Rau replied: “We do have reservations about the real impact of this,” Rau said.

Gordhan said the tax-free threshold for small businesses would be increased to R63556 in the coming year, while the 10% tax rate would be reduced to 7%.

The threshold to which this tax rate applied would be increased to R350000.

FF+ approves of savings resolutions
Freedom Front Plus leader Pieter Mulder was also concerned about the increased fuel levy due to the knock-on effects it would have on inflation and food prices.

But Mulder said he found a number of positive announcements and welcomed the plans aimed at encouraging the public to save.

He was also pleased with the news that the budget deficit was below 5%.

“I thought with all the extra spending it would not be possible. So I think that’s positive.”

Mulder said there was a need for the government to compromise on the tolling of highways, but welcomed details of a “ceiling” figure of R550 per month on toll road charges.

“Higher than anticipated inflation necessitated tax bracket relief, and the relaxation of the tax burden of small businesses will go some way in alleviating the additional stress brought about by the Consumer [Protection] Act,” party leader Theunis Botha said.

Government must ‘lead the way’
Congress of the People’s (Cope) Nick Koornhof said the government must prove it can deal with the new budget.

“Government must lead the way. They must show that they can spend taxpayers’ money properly,” he said.

He added it was important for the Congress of South African Trade Unions (Cosatu) to support the budget.

“It is very important that Cosatu supports him [Gordhan] now. If they don’t do it, we are going to have trouble with regards to the state wage Bill.”

Koornhof said the minister’s anti-corruption measures could help save government up to R100-billion.

Elements of optimism for health
Metropolitan Health CEO Blum Khan said in an interview on eNews he was happy with the confidence building elements of the speech.

He said declarations that the government would remove the waste and inefficiency in its system, and visible progress in the health system contributed to this.

Gordhan said the new health system would require funding over and above current budget allocations to public health.

An additional R1-billion conditional grant had been allocated over the next three years to the current budget to cover the cost of national health insurance pilot projects, which will be established in “selected districts” during this year and 2013.

Unhappy Greenpeace
Non-governmental organisation Greenpeace said it was disappointed with the minister’s commitment to deal with climate change.

“The financial commitment towards accelerating a low carbon economy is too little, and could be too late,” communications director for Greenpeace South Africa Fiona Musana said in a statement.

“If South Africa increased its investments in the green economy, we would see at least 148000 jobs in less than 20 years, and ensure a cleaner future for this country,” she added. — Sapa & M&G Reporter

The only child of Whitney Houston and R&B singer Bobby Brown is receiving care in hospital.
Read more
World

a law that promotes censorship and allows authorities to crack down on suspected terrorists, impeding on human rights, set to be passed in Kenya.
Read more
National

The South African head of an organisation, his son and daughter, and one Afghan were killed in a Taliban attack on a compound for foreigners in Kabul.
Read more
World

The world's 20 major economies have agreed to a plan aimed at pushing their combined growth beyond the 2% they were initially targeting.
Read more
Sport