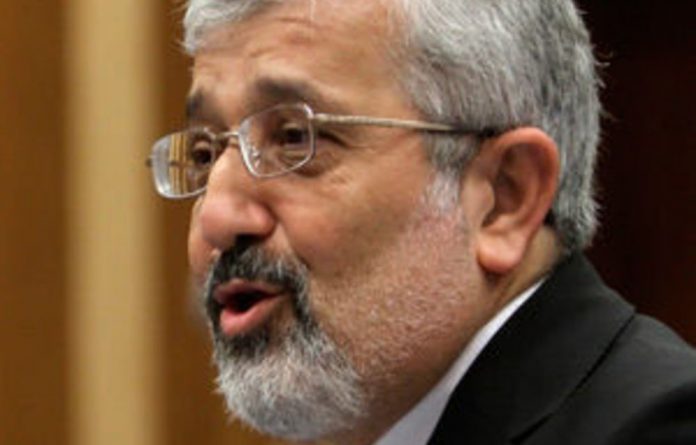 The United Nations nuclear watchdog said on Wednesday it had failed to secure an agreement with Iran during two days of talks over disputed atomic activities and that the Islamic Republic had rejected a request to visit a key military site.

In the second such trip in less than a month, a senior team from the International Atomic Energy Agency (IAEA) had travelled to Tehran to press Iranian officials to start addressing mounting concerns that the Islamic republic may be seeking to develop nuclear weapons.

The outcome seems likely to add to already soaring tension between Iran and Western powers, which have ratcheted up sanctions on the major oil producer in recent months.

“During both the first and second round of discussions, the agency team requested access to the military site at Parchin. Iran did not grant permission for this visit to take place,” the Vienna-based IAEA said in a statement after the talks, which took place on February 20 and 21.

The IAEA named Parchin in a detailed report in November that lent independent weight to Western fears that Iran was working to develop an atomic bomb, an allegation Iranian officials reject.

Earlier, Iran’s envoy to the IAEA, Ali Asghar Soltanieh, told the country’s ISNA news agency that Tehran expected to hold more talks with the UN agency, whose task it is to prevent the spread of nuclear weapons in the world.

But Amano’s spokesperson, Gill Tudor, made clear no further meetings were planned: “At this point in time there is no agreement on further discussions,” she said.

Iran rejects accusations that its nuclear programme is a covert bid to develop a nuclear weapons capability, saying it is seeking to produce only electricity.

But its refusal to curb sensitive atomic activities which can have both civilian and military purposes, and its track record of years of nuclear secrecy has drawn increasingly tough UN and separate US and European punitive measures.

Use of force remains an option
The United States and Israel have not ruled out using force against Iran if they conclude diplomacy and sanctions will not stop it from developing a nuclear bomb.

In Washington, no immediate comment was available from the US State Department on the IAEA statement.

The five-member IAEA team led by Deputy Director General Herman Nackaerts was seeking answers from Iran about intelligence suggesting its declared civilian programme is a facade for a weapons programme.

Last year’s IAEA report suggesting Iran had pursued military nuclear technology helped precipitate the latest rounds of European Union and US sanctions, which are causing economic hardship in Iran ahead of a parliamentary election in March.

One key finding was information that Iran had built a large containment chamber at Parchin southeast of Tehran in which to conduct high-explosives tests, which the UN agency said were “strong indicators of possible weapon development”.

Blunt statement
The IAEA said intensive efforts were made to reach agreement in the talks on a document “facilitating the clarification of unresolved issues” in connection with Iran’s nuclear programme, particularly those relating to possible military dimensions.

“Unfortunately, agreement was not reached on this document,” it said in an unusually blunt statement.

The IAEA mission’s lack of progress may also have an impact on the chances of any resumption of wider nuclear negotiations between Iran and the six world powers, the five permanent members of the Security Council plus Germany.

But the United States and its allies may become more reluctant if they feel that the Islamic state is unlikely to engage in substantive discussions about its nuclear activities.

The deputy head of Iran’s armed forces was quoted on Tuesday as saying Iran would take pre-emptive action against its enemies if it felt its national interests were endangered.

In retaliation for oil sanctions, Iran, the world’s fifth-largest crude exporter, has threatened to close the Strait of Hormuz, conduit for a third of the world’s seaborne oil, while the United States signalled it would use force to keep it open.

The White House said there was still time for diplomacy.

“Israel and the United States share the same objective, which is to prevent Iran from acquiring a nuclear weapon,” White House spokesman Jay Carney said when asked about a weekend visit to Israel by National Security Advisor Tom Donilon.

“There is time and space for diplomacy to work, for the effect of sanctions to result in a change of Iranian behaviour.” — Reuters