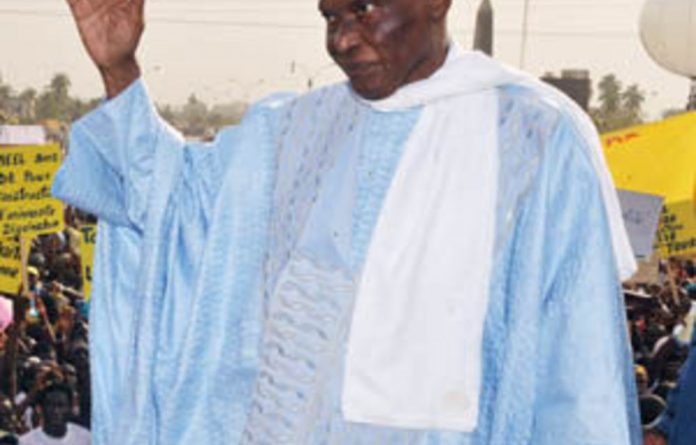 Senegalese music icon and opposition activist Youssou N’Dour was injured in the leg on Tuesday after being hit by a projectile at the scene of a banned rally in Dakar, his entourage told Agence France-Presse.

“Youssou N’Dour was injured in the left leg. He has been seen by a doctor, but he doesn’t want to make a big issue out of it and we won’t be giving any more comment,” said Charles Faye, spokesperson for N’Dour’s Fekke Maci Boole — which means I am involved — movement.

Faye did not say what type of projectile had hit N’Dour saying only that he was injured “in the heat of the action” as riot police dispersed the crowd gathered for the rally in Independence Square, which had been made off-limits.

Last month the Grammy-winning artist appealed against a decision by the country’s top court which rejected his application to run for president this month.

The council approved the candidacy of 85-year-old President Abdoulaye Wade to seek a third term, which the opposition says is illegal, sparking fierce protests in Dakar.

One of Africa’s most recognised artists, N’Dour shocked the music world on January 3 when he announced he was quitting music to try and unseat the octogenarian president of whom he has become increasingly critical.

The dispute over Wade’s candidacy has placed one of Africa’s most stable democracies on edge, and the capital was rocked by violent riots on Friday night which left one police officer dead.

Tuesday’s incident happened as N’Dour was perched on a car which anti-riot police approached. Stones were hurled from the crowd towards the police who responded with tear gas.

At one stage there was a standoff between police with a group of protesters headed by former prime minister Idrissa Seck, who is contesting Sunday’s vote, and N’Dour.

Hundreds of supporters gathered around the two opposition leaders’ vehicles, chanting in Wolof, “Gorgui, na dem!” (Get out, old man), in reference to Wade who, at 85, is Africa’s second oldest head of state.

N’Dour swiftly left the area after he was hurt.