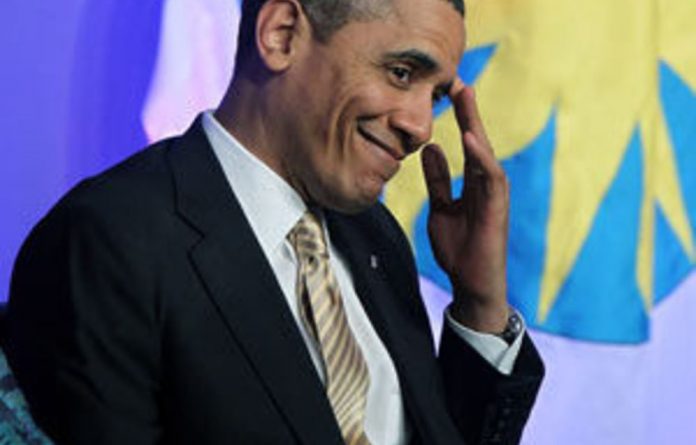 There’s nothing new in Democratic presidents taking to the stage. So it should come as no surprise that Barack Obama succumbed to the cajoling of Mick Jagger and BB King at a White House event to mark Black History Month.

Bill Clinton, famously, needed no encouragement to whip out his horn. But playing the saxophone is one thing: to steal from Samuel Johnson, the president playing sax is like a dog walking on his hind legs — it is not done well, but you are surprised to find it done at all. Singing in public is another thing altogether, for almost everyone thinks they can carry a tune.

Barack Obama’s willingness to be talked into a brief refrain of Robert Johnson’s Sweet Home Chicago this week seems to suggest a man with confidence in his own voice. It’s not entirely misplaced, though Obama is a little awkward, and straining for the high notes. Mind you, if Hugh Laurie can sing the blues, why not Obama? After all, Obama’s experience as a community organiser in Chicago has likely given him more experience of human suffering than the actor.

For proof that Obama really can sing, though, you need to see the performance that prompted the blues artists at the White House to call for the president to join them.

Last month, appearing at the Apollo Theater in Harlem — the home of soul – he broke into a line of Al Green’s Let’s Stay Together. Relaxed and prepared — he’d told his advisers he was going to do it — he nailed his snippet. The opening, extended “I” trembled with just the right amount of vibrato, and then the climb through “so in love” hit the falsetto high note with ease, before plateauing — again with perfectly judged vibrato — on “with you”. He grinned delightedly at the end, knowing he’d taken a line that could easily defeat even a decent singer — let alone one with the cameras of every major news outlet trained on them — and sung the heck out of it. —