Bid to keep debt levels down 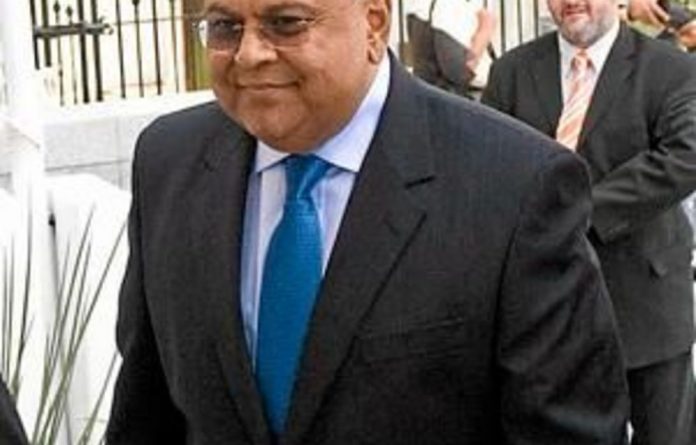 Work to boost South Africa's economy through its megabuild programme is being finely balanced with attempts to keep the country's budget deficit in check and state debt levels down — and implementing savings across government departments at the same time.

While state spending on infrastructure as a proportion of gross domestic product has been suboptimal over the past decade, it is expected to increase to 7.4% of GDP in the next three years.

This is unexpectedly lower than the reported benchmark of 10% for other developing countries.

Some R845-billion is budgeted for infrastructure development in the next three years, but projects amounting to R3.2-trillion are being examined for possible outlay.

However, according to Finance Minister Pravin Gordhan, more than R4.5-trillion is available to the state to make its plans of infrastructure-led growth a reality. This is against a backdrop of a declining budget deficit, which is expected to shrink from 4.6% in 2012-13 to 3% in 2014-15, as tax revenues increase.

State wants to spend on capital investment
Government is trying to engineer a shift from spending on recurrent items — such as public sector wages — towards capital investment. As such, the budget proposed a 5% cost of living adjustment for all government employees.

As a result, the average real growth of spending on wages is projected to decline from 9.4% between 2007-08 and 2010-11 to 1% over the medium- term expenditure framework period.

The public sector borrowing requirement — or the funds needed by the entire public sector to cover any deficit in financing its own activities — is expected to drop from 7.1% of GDP in 2011-2012 to 5% in 2014-15. This reflected the greater contribution that the internally generated cash flows of state corporations would play in funding capital expenditure.

Alongside this, however, was the need to ensure cost reflective tariffs for state-owned entities that balanced their ability to borrow against projected tariff revenue, and the cost of tariffs to consumers and businesses.

The state would also be working to increase the role of development finance institutions such Development Bank of Southern Africa and the Industrial Development Corporation.

The bank would have its balance sheet strengthened, although it was not clear how this was to be achieved. It would also take on a larger role of funding and co-funding regional projects, alongside other multilateral organisations, with plans to commit R77.4-billion in development loans over the next five years.

The government has extensive exposure, however, against guarantees already granted to parastatals and development finance institutions. In 2010-11 total exposure amounted to R146.6-billion against guarantees of R470.2-billion. This increased to R170.1-billion and R470.2-billion respectively in 2011-12. Alongside the leveraging of finance options, Gordhan pointed to the cost-reducing initiatives undertaken that have freed up resources, or allowed for more efficient allocation of funds, against national priorities. Total savings realised in 2010, 2011 and those expected for 2012 were R25.6-billion, R30.6-billion and R27-billion respectively.

While government's ability to implement this roll-out of infrastructure may yet be criticised, work to reprioritise spending and retain a sustainable fiscal framework has already met with cautious approval.

Investec economist Annabel Bishop said the improved projections for infrastructure spend are likely to cheer the ratings agencies. She warned, however, that government needed to "both scope and award infrastructure projects to the private sector. Lack of managerial capacity in government means substantially more private sector involvement is required from the provision of transport to construction and privatisation where necessary."