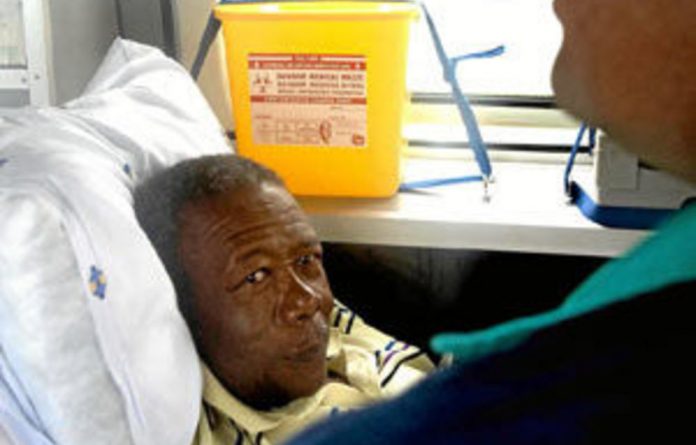 Drastic changes have been made to the conditions under which medical parole is granted by the department of correctional services.

The board will be chaired by Dr Victor Ramathesele, who is a presenter on the Bonitas House Call medical advice television show.

Another change to the Act is that the medical practitioner treating the intended parolee will no longer be the only individual allowed to apply for parole. The prisoner, or someone acting on the prisoners behalf, may now bring an application.

Additionally, the grounds for medical parole are no longer limited to inmates in the final stages of a terminal illness and are extended to those who are severely incapacitated.

Despite the changes to the Act, the final decision to release offenders from jail on medical grounds will rest with the board.

In the past five years, 231 applications were made for medical parole.Of those, 127 were approved.

Under the new framework, the department expects the number of applications for medical parole to double. Correctional Services Minister Nosiviwe Mapisa-Nqakula told journalists at a press conference in Pretoria on Thursday the amendments would prevent “clouded judgment” in the granting of parole.

“You can’t have a process confined to the doctor treating the inmate. There may be abuse arising from the personal relationship developed between patient and caregiver and as such parole is applied for incorrectly,” Mapisa-Nqakula said.

She dismissed concern that the new legislation would open the floodgates to a stream of unwarranted applications, saying adequate “checks and balances” had been put in place to prevent abuse.

The department said the widening of conditions for medical parole was an attempt to move away from the connotations surrounding the term “terminally ill”, because it “had not helped in processing applications”.

“People start doing a countdown until inmates die as soon as they are released on medical parole. It is difficult for doctors to predict when patients will die. As such, they are reluctant to apply for parole as they feel they will be held to account if the patient recovers, Mapisa-Nqakula said.

At present, should prisoners granted parole recover, they are obliged to return to prison. This will change in the amended Act.

On December 5, Selebi collapsed shortly after he lost his appeal against a 15-year jail sentence for corruption and was subsequently admitted to the Steve Biko Academic Hospitals nephrology ward.

He has received treatment for diabetes and has undergone laser surgery to his eyes since his arrival.

It was also reported that Selebi was suffering from kidney problems and needed a transplant.

In early February he was discharged and is currently in Pretoria Central prisons hospital unit.

Selebi has not been recommended for medical parole since his incarceration, but a group identifying themselves as the Friends of Jackie Selebi” launched an unsuccessful application on January 5.

James Selfe, the Democratic Alliance spokesperson for correctional services, said although he was “perfectly satisfied” with the board’s establishment and the extension of conditions for medical parole, the implementation would need to be monitored.

“We are going to review every single application made to that board to ensure that no abuse is evident, especially by those coming on with a sudden bout of kidney trouble,” Selfe said.