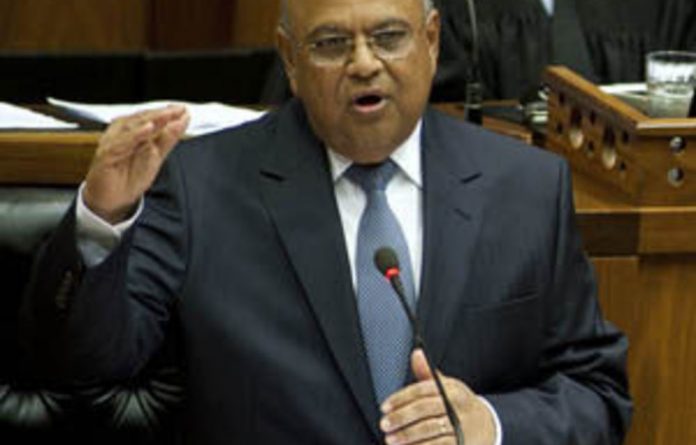 Finance Minister Pravin Gordhan has called on the private sector to take up the challenge and become more involved in the economy through the infrastructure build programme and by creating jobs.

Interviewed on Radio 702 on Wednesday following his delivery of the 2012 budget in Parliament on Wednesday, Gordhan said the economy did not just consist of government.

“Government makes up just 30% of the economy. It has carried a huge burden by keeping the economy afloat during the 2007/08 recession and now it is time for the private sector to do its part too. We must all do our part,” he said.

Gordhan said government expenditure was slowly moving from being consumption-led to investment-led.

“I think we have a clear infrastructure investment programme to boost the economy,” he said.

Gordhan said as more people were employed, then fewer would depend on the state for grants, and this would allow for a reduction on social spending and widen the tax base.

‘Creating panic’
Gordhan said the debt burden carried by government at 38% of GDP was not excessive as it fell well within the range of up to 50% that was internationally accepted.

“We must stop creating panic for ourselves. We [government] have guaranteed to change our spending to get better value than we are getting. The state has R4.5-trillion of resources available for redirection into investment,” Gordhan said.

On the controversial Gauteng Freeway Improvement Project (GGIP) Gordhan said the threat of court action by various parties was not helpful.

“I think we have real win-win situation. Government has placed R5.75-billion into Sanral [South African National Roads Agency] that reduces interest. We are prepared to allow for heavy vehicles to have discounts if they move in non-peak hours and public transport is exempt, so the poor won’t be affected, and we are improving the provincial R55 and R101 roads,” he said.

Gordhan said government would get to bottom of allegations that foreigners were just exploiting the situation through the sale of the toll collection gantries.

“I don’t think there will be wholesale exploitation,” he said.

Using the national fuel road levy would not help the GFIP as it would mean that the whole country would pay for the GFIP, Gordhan said.

On the 15% dividend tax, Gordhan emphasized that pension funds would not have to pay it and that its introduction meant South Africa was now following international norms.

“Government was effectively pressured into this tax,” he said. — I-Net Bridge