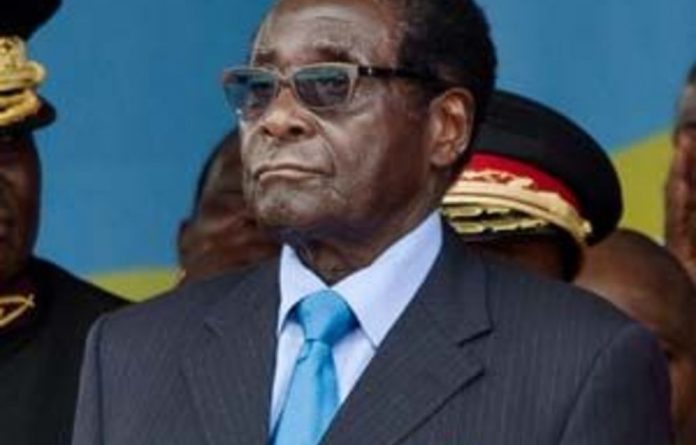 Zimbabwe’s President Robert Mugabe’s party said on Thursday it was pushing for a raft of changes to a draft constitution, meant to pave the way to new elections to replace a rocky power-sharing regime.

“Of the six chapters we have reviewed, we have made a lot of changes because we have discovered that the drafters had ignored what we instructed them to do and 70% of their content was of their own invention,” Paul Mangwana, Mugabe’s point man on the Constitution, said in the Herald newspaper.

“We have evidence that they were careless with their job and we had no option than to make plenty of changes,” he said in the paper, which normally reflects the views of Mugabe’s Zanu-PF party.

The paper has published what it said was a draft of the Constitution, which included a two-term limit for president. That would prevent Mugabe from running again, since he has been in power since 1980.

Mangwana said the party also wanted a clause to protect Mugabe’s land reforms, which resettled black people on thousands of white-owned farms a decade ago.

‘Totally incorrect’
Zimbabwe’s three-year-old unity accord, which put Mugabe with his rival Morgan Tsvangirai in a power-sharing government, requires a new constitution with democratic reforms before holding new elections.

“First of all we don’t have a draft except for the leaks of confidential work-in-progress by people who are causing unnecessary confusion, pandemonium and acrimony,” Majome said.

“The draft goes through several runs and at the moment there is nothing to get excited about.”

“We should allow the process to progress without interference. We should not be drafting in the public arena. This leaking is meant to influence the process and it’s totally out of line.”

Work on the Constitution has run in fits and starts, hindered by attacks on meetings by supporters’ of Mugabe’s Zanu-PF party.

Mugabe has pushed for new elections this year, but the constitution-drafting commission says a referendum on the charter could not be held before August, meaning that elections would likely not take place until next year. — AFP