Up close with Kermit 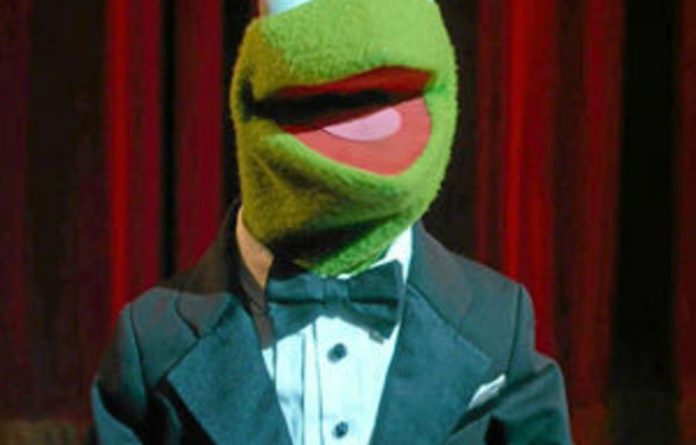 Scandalously, no Muppets are up for Oscars this year. But they will be among the presenters of awards at the ceremony. We speak to Kermit the Frog

You’ve worked with more celebrities than you’d find in an entire year’s worth of People magazine. Who has been your favourite and why?
I would never pick one celebrity over another, except in the case of Miss Piggy, who is always my favourite, especially when she’s sitting in the next room listening to us do this interview. But I did really like Amy Adams [who co-stars in last year’s The Muppets]. She’s beautiful, talented, and if Miss Piggy had let me, would probably have been fun to talk with.

Who was the biggest diva on that show?
Miss Piggy. And she admits it. In fact, she’s president of the Hollywood Diva Association, and winner of their Irrational Tantrum Award for three years running.

There are lots of celebrity couples but you and Miss Piggy really are the cream of the crop. Do you have any advice for the others on how to handle a relationship in the public eye?
It’s true that Miss Piggy and I have been a couple for a long time. In fact, we’re the longest-running interspecies couple in Hollywood. But even if you date within your own species (which I recommend, though I don’t have a choice), the best thing you can do when you’re trying to have a celebrity relationship is this: never ever agree to do a reality show. Reality and celebrity don’t mix. Fun to watch, but not pretty to live through.

The Muppets still engender the same affection as they did 30 years ago. Why?
I don’t know how we do it. We’re just us. And I guess it’s that honesty, the fact that we’re not perfect, that helps people see themselves in the Muppets. Everyone has friends who are just like us — an overwhelmed frog, an overbearing pig, a joke-telling bear, a crazy drummer and all the rest.

When you laugh at the Muppets, I think you’re laughing at life. —

WTF, Fifa? The tribes have spoken

Kermit and the communist plots