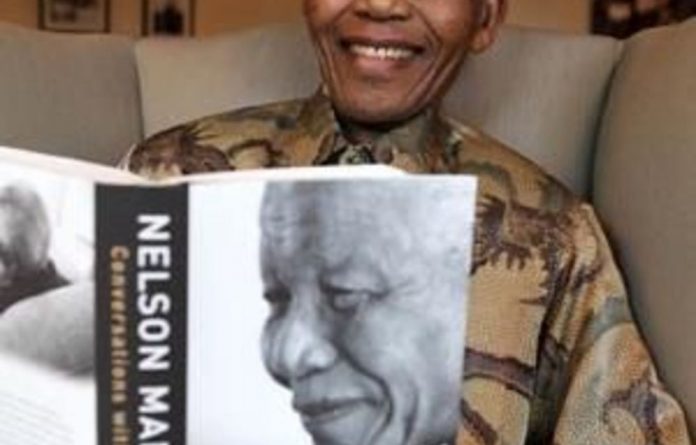 Former president Nelson Mandela has been admitted to hospital, the presidency said on Saturday morning.

“President Jacob Zuma wishes to advise that … Mandela was admitted to hospital today, 25 February 2012,” it said in a statement.

“Madiba has had a long-standing abdominal complaint and doctors feel it needs proper specialist medical attention.”

No further information
It was not known which hospital he was taken to, but officials at Pretoria’s One Military Hospital denied he had been admitted there, and an administrator at Johannesburg’s Milpark hospital — where the 93-year-old former president’s was treated for a respiratory infection last year — said he was there either.

“We want to handle the matter with due regard to his privacy. We will give you updates as soon as we have any,” he said.

The presidency wished him a speedy recovery.

“We assure him [Mandela] of the love and good wishes of all South Africans and people throughout the world.”

The presidency asked that Madiba’s privacy and that of his family be respected.

“All questions should be referred to the presidency. We can not give you any more information, not even which hospital he is in,” said the foundation’s spokesperson Sello Hatang.

Days later, on January 26, Mandela was admitted to a Johannesburg hospital for what a Nelson Mandela Foundation spokesperson described as “routine tests”.

It later emerged that Mandela had suffered from a respiratory infection.

Mandela moved to his home town of Qunu in the Eastern Cape a few days before his 93rd birthday in July last year.

The presidency announced at the end of January this year that he would be returning to his Johannesburg home in Houghton because “maintenance has to be undertaken at his Qunu home in the Eastern Cape”, according to Maharaj.

“The former president continues to be in good health,” said Maharaj at the time.

All quiet
A handful of photographers and journalists were milling around outside One Military hospital in Pretoria following news of Mandela’s hospitalisation, but there was no sign of increased security there either, until a photographer was taken into custody by military police after taking a picture the hospital. She was released after deleting the picture.

Shortly before this an official from the hospital, accompanied by three military policemen in a van, said Mandela had not been admitted there.

“I have been asked to instruct you to leave here. My manager said to tell you that the old man [Madiba] is not here. That’s why you are here, isn’t it?” he said.

Media were also asked to leave Milpark hospital, after an official insisted Mandela was not there.

The market is the pillar of capitalist ideology, yet it is just another human institution invented and reinvented periodically across human history
Opinion