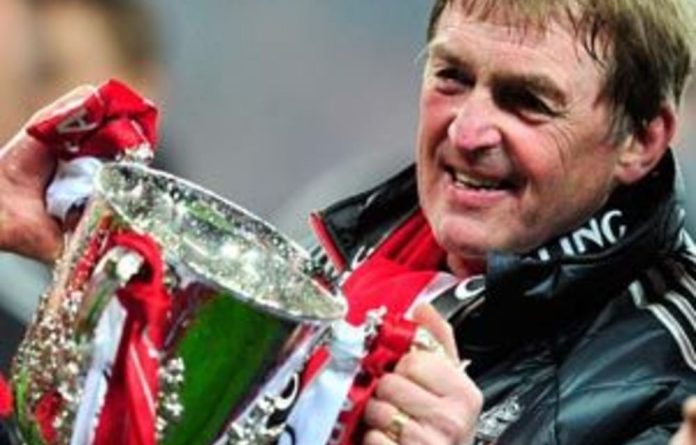 Kenny Dalglish believes Liverpool’s League Cup victory could act as a catalyst for more success after the Merseysiders ended their six-year trophy drought at Wembley.

Liverpool held their nerve to claim a penalty shoot-out victory against Cardiff on Sunday to give Dalglish his first trophy since his dramatic return to the Anfield dugout about 14 months ago.

The nailbiting win clinched Liverpool’s first piece of major silverware since victory in the 2006 FA Cup final — and Dalglish is determined to ensure Sunday’s victory was the first of many.

“Although we’ve won something today, that is not us finished,” Dalglish said.

“We don’t want to stop here, we want to keep going. Liverpool Football Club means an awful lot to a lot of people … All we do is try to make them as happy as we possibly can. Today we have been able to do that. Hopefully it makes up for some of the days when we have not been able to.”

Dalglish meanwhile downplayed his own role in Liverpool’s revival, insisting Sunday’s victory reflected the collective effort to transform the club’s fortunes from the ownership down.

“We are delighted to have won the trophy. Throughout the whole competition, we have deserved it. We have played well and come through some really hard games,” Dalglish said.

“We are where we are now because of the work everyone has done, not just me … The owners, the supporters, the players, everyone has chipped in. We have said that all along. The closer we are, the stronger we will be together.”

Delicious victory
Dalglish also believes his squad will be doubly determined to recreate the winning feeling in future having tasted victory at Wembley.

“I don’t think anyone who has ever won a trophy has come away from it saying they didn’t enjoy it,” said Dalglish.

“If you do something and you enjoy it, you are going to want more of it. That is only logical.”

Dalglish acknowledged that Liverpool had achieved victory the hard way, with Martin Skrtel equalising for the Reds after Cardiff had taken a shock first-half lead through Joe Mason.

Liverpool thought they had won it when Dirk Kuyt fired them ahead in extra-time only for Ben Turner to force the penalty shoot-out with a late leveller to make it 2-2.

Even in the shoot-out Liverpool were put through the ringer, with captain Steven Gerrard and Charlie Adam missing the club’s opening two spot-kicks before eventually prevailing 3-2 when Gerrard’s cousin Anthony missed Cardiff’s fifth and final penalty.

“The game had to be settled some way and we feel for Anthony Gerrard, who missed the vital one that meant we won the trophy,” said Dalglish.

“It was a long way to win but the name is on the trophy. Cardiff were always going to be difficult. They were never going to lie down and were a great credit. It’s not a nice way to win a cup but we’ll take it.”

Not about individuals
Cardiff manager Malky Mackay meanwhile refused to give an insight into Anthony Gerrard’s anguish.

“It’s not about individuals today and it never has been,” Mackay said. “The boys stand shoulder-to-shoulder whatever the circumstances.”

“The boys are disappointed but they have lost with dignity. We had belief we could win this game and the fact that we took one of the top teams in England to penalties makes me very proud of that group of players,” he added.

Mackay dismissed suggestions that the crushing disappointment of the final defeat may stall Cardiff’s momentum in their bid for promotion from the Championship to the Premier League.

“Maybe if we’d been beaten five or six, the question would have been valid,” Mackay said. “As it is, I don’t think it is … We can take a lot of self-belief from getting to the final of a 92-club competition and taking a team near the top of the Premier League to penalties … We have 14 games to go and we are among 10 teams who can get into those play-off positions … We will patch up our squad and give it the best shot we have got from now until the end of the season.” — AFP

Return to glory: Leeds United’s masterplan is in its final phase