Stratfor: M&G made no deal 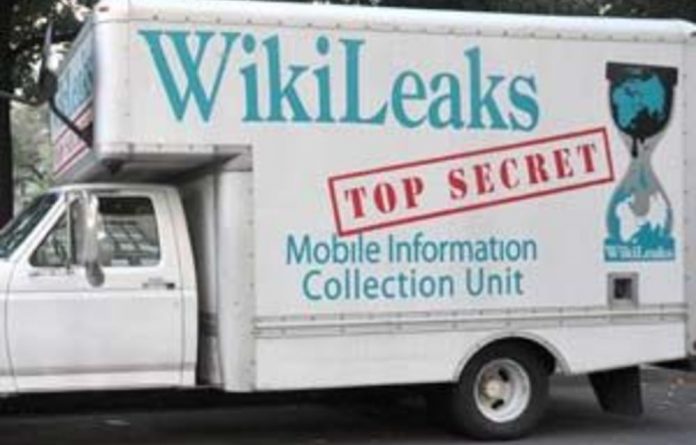 On Monday morning WikiLeaks began to publish a cache of some five million emails, which were obtained by the hacker group Anonymous from Stratfor, a US-based company which provides intelligence and political risk consulting services to private firms and governments.

The company is probably best known locally for hosting Jacob Zuma on a private visit to Austin, Texas, in 2007, before he became president, when it facilitated meetings between him and US business figures.

According to WikiLeaks, the emails have revealed how Stratfor managed its network of sources, including “secret deals with dozens of media organisations and journalists, from Reuters to the Kiev Post“.

The Mail & Guardian has made no such deal.

However, among the emails listed in the WikiLeaks database is a brief exchange between Stratfor and the M&G. The emails were between me, in my capacity as editor, and a member of the company’s sales team. They reflect contact between us, and the fact that we did not take the company up on its offer of a “confederation” agreement to share information and content.

Here is what happened.

I was contacted in early 2010 by Mark Schroeder, an Africa analyst at Stratfor, who asked to meet with me. I agreed because my interest was piqued by the Zuma visit; because I had seen their analysis quoted in some international publications; and because, like all journalists, I find it useful to maintain contact with well-informed people.

Mr Schroeder outlined the company’s work and we had a general discussion around security issues on the continent. He seemed to me to have considerable insight into the activities of jihadi groups like Somalia’s al-Shabaab, and into the US military and intelligence response.

The conversation took place during the lead-in to the 2010 Soccer World Cup, and as I remember it, we spoke briefly about whether there was any real threat to the event. I was interested to know what his assessment of the risk was and he told me that he did not think it was severe.

This is the kind of conversation journalists have all the time with representatives of our own defence and security agencies, politicians, diplomats and academics.

Mr Schroeder then suggested that I might want to look at the Stratfor website, which hosts information on all geopolitical and security issues, ranging from drug-related violence in Mexico to energy security, and the global deployment of the US Navy.

I did so and was subsequently contacted by a Texas-based representative of Stratfor, who suggested we enter a formal memorandum of understanding. This would give us access to Stratfor’s content and network of analysts for republication or to inform our work and, in return, we would share information with them from time to time and allow them to republish M&G articles. The precise boundaries of what we might be asked to share were not very clear but it was suggested that we would talk about matters of “mutual interest”.

Journalists maintain relationships with sources from many spheres of society because we need to gather information that helps us to understand our world and to tell stories. Sometimes these relationships involve the sharing of information that is not yet in the public domain, as a story is researched. This process requires careful ethical management because our counterparts may be people who have dubious agendas or problematic credentials, and because we have to protect our own integrity and that of our other sources.

WikiLeaks itself has made arrangements of this kind with newspapers, notably in order to process leaked US diplomatic cables, which it redacted based on input for journalists at the Guardian and New York Times, among other publications.

Notwithstanding any hygiene measures we could have imposed, however, we were uncomfortable about binding the M&G to any deal with Stratfor, both because of the potential ethical risks and because of the perception that we are contracting with an organisation with links to foreign government agencies and companies.

We discussed it internally and drew the firm conclusion that we could not have an arrangement of the kind they proposed. To the extent that we had a relationship, it would be the kind of relationship we have with other sources and it would be informal.

What has that meant in practice? Not very much.

I have met with Mr Schroeder three times over the past two years and we have had similar discussions to the one at our first meeting. He asked me recently how I saw the ANC succession race playing out and I told him exactly what we have told our readers and what I have told public and private audiences.

He also outlined for me what he sees as the state of play in US military cooperation with countries in the Horn of Africa and West Africa and the character of US operations on the continent.

Sam Sole met Mr Schroeder briefly at a public debate in Pietermaritzburg July 2008 and has had no further contact with him.

He requested a meeting with Stefaans Brmmer more recently, which has not taken place.

I receive Stratfor’s regular weekly report on various geopolitical issues via email, which anyone can sign up for on the company’s website.

We have not provided Stratfor with any other information. We have from time to time carried stories on our website by wire agencies which quote the company’s analysis.

The M&G casts it net wide in an effort to provide the best possible news and analysis. That means we have confidential discussions, and open ones, with people who we think can help us. We talk to police officers and criminals, generals, diplomats, spies, bureaucrats and ordinary citizens.

I am completely confident that we have handled our contact with Stratfor carefully, ethically, and in the best interests of our readers.

Zuma payments: South Africans have a right to know

Difficult and dangerous times ahead for the ANC