We do not teach kids to hate, says Kommandokorps 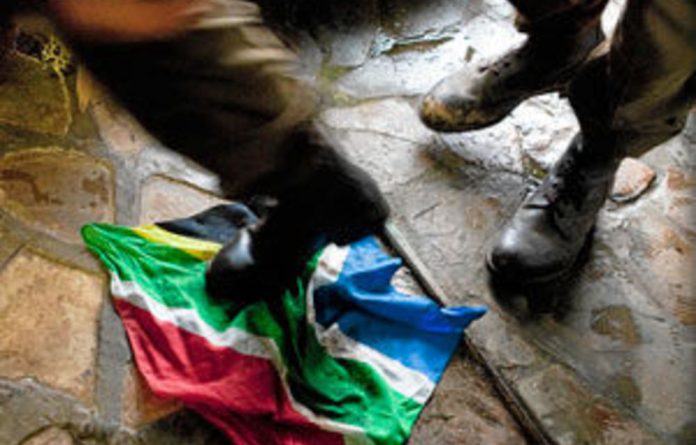 “No utterances of hate speech are ever made. Cadets are taught to love their own language, culture, traditions, religions and race. That is in the Constitution,” its executive director Franz Jooste said.

This followed a report in the Mail & Guardian on a nine-day bush course, attended by youths between 13 and 19.

Following an infantry-style curriculum, the youths were lectured on racial differences, which included a claim that black people had a smaller cerebral cortex than whites and could not take the initiative or govern effectively.

They were also told to use a South African flag as a doormat.

One of the boys interviewed said he had two black friends, but by the end of the course was not sure if they could stay friends.

One boy was sent by his single mother so he could spend more time around men. Another wanted to be able to protect his family and another hoped to improve his paintball “career”.

Jooste said that even though cultural differences were emphasised during the training, it was done “with the aim that these differences be understood over a broad spectrum”.

In the Kommandokorps’ latest video, the cadets are shown being discouraged from hating other races, he said.

His course were in line with infantry standards around the world, and he had a letter that the police had cleared his course, which includes runs in army clothes and boots and carrying around heavy logs.

Jooste lashed out at Afrikaner lobby group AfriForum’s criticism of the Kommandokorps saying the group had not done much to prevent farm murders.

AfriForum chief executive Kallie Kriel said the treatment of the teenage boys was “immoral” and “inexcusable”.