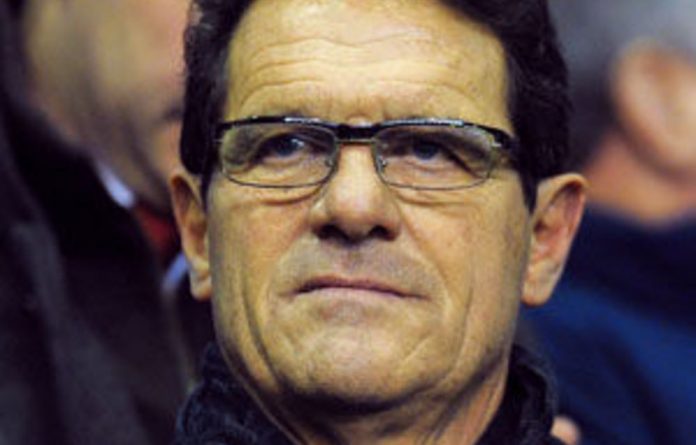 An injury-depleted England face a demanding friendly against 2010 World Cup finalists Holland on Wednesday as they begin life without departed manager Fabio Capello.

Capello’s shock resignation following the decision to strip John Terry of the captaincy has left England’s Euro 2012 preparations in limbo, with the Football Association yet to appoint a full-time successor to the Italian.

While Tottenham manager Harry Redknapp is the overwhelming favourite to take over, the Football Association (FA) has yet to make a move for the Spurs boss, leaving Stuart Pearce to oversee Wednesday’s friendly at Wembley.

Pearce — who is coach of England’s under-21 team and who will manage Britain’s football team at the Olympics — has made no secret of his willingness to lead England’s challenge at the Euros in Poland and Ukraine, but remains a long-odds outside bet to succeed Capello on a permanent basis.

Any hopes Pearce may have had of using Wednesday’s friendly to enhance his credentials have not been helped by an injury crisis that has deprived him of Wayne Rooney, Tom Cleverly, Darren Bent and Kyle Walker.

Strangely, Pearce has declined to draft in replacements for strikers Rooney and Bent, meaning that the three forwards who remain — Danny Welbeck, Daniel Sturridge and Fraizer Campbell — have only four caps between them.

“I know Frank, Rio and some of the other senior players. I don’t think I would learn anything watching them play. But I might learn something from watching some of the younger players,” Pearce said.

“We are on the home run for the tournament and it’s important we get young faces in and see if they can handle a game of this magnitude.”

One veteran who did make the cut is Liverpool captain Steven Gerrard, who is expected to regain the England armband he wore at the 2010 World Cup.

Gerrard (31) will win his 90th cap on Wednesday, but hinted at the weekend that he may be entering the final few months of his international career as he seeks to prolong his playing days at Liverpool.

“It’s something I am going to have to sit down and think about after the Euros this summer,” Gerrard said.

“First and foremost is that I love playing for England and to captain your country is the pinnacle for any player so that makes me proud … I am aware of the future, the injuries I’ve had and I want to play for Liverpool for as long as I can,” added Gerrard, who returns to Wembley just three days after lifting the League Cup at the venue in Sunday’s win over Cardiff.

Selfish
Gerrard’s Liverpool and England teammate Stewart Downing is hopeful the midfielder may yet reconsider any decision to retire.

“I have not spoken to Steven about whether he is going to retire after the tournament but I would be selfish and say I hope he plays on,” Downing said.

“He is a great player and we need players like him in our team. He [Gerrard] is a great influence on players. He drives teams on. If he is given the captaincy that is a good thing.”

Holland boss Bert van Marwijk meanwhile has been grappling with injury problems of his own, with Tottenham’s Rafael van der Vaart ruled out of the squad on Monday following an ankle injury.

Van Marwijk will also be anxious to assess injury-prone Bayern Munich winger Arjen Robben, who has struggled to find his best form since coming back from a groin problem.

Robben has revealed that he continues to be hampered by the problem.

“I still have pain almost every day,” he said. “This has been the worst injury of my career.”

“With the help of adrenaline I am getting through but I can still not say I am 100% fit,” he added.

“During training it often feels uncomfortable. I am heading in the right direction but I need games to get my rhythm.” — AFP