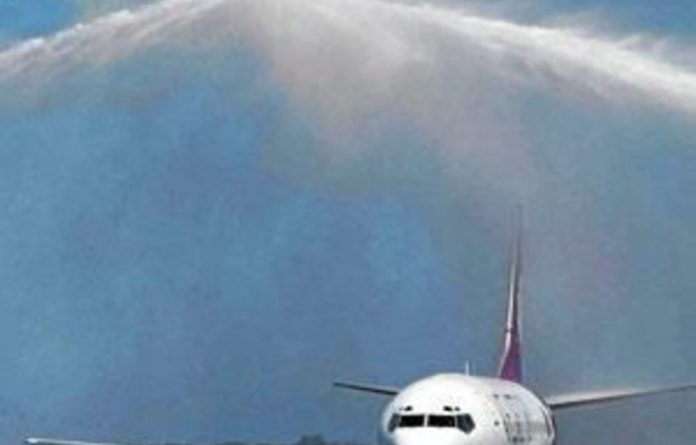 All Velvet Sky flights have been suspended until March 5, the low-cost airline said on Monday.

“As a result of recent events, the negative impact on business, the adverse publicity, Excalibur Aerospace wishes to announce the suspension of all its Velvet Sky flights, from Monday, February 27 until Monday, March 5,” the airline said in a statement.

Excalibur Aerospace was the majority owner of Velvet Sky airline.

The airline had flight delays on Wednesday. All flights were cancelled on Thursday.

Velvet Sky spokesperson Gary Webb said at the time there was a dispute with a service provider. The airline was busy changing service providers, and the matter had not been concluded in time to allow flights to get off the ground.

After delays on Friday morning, flights were scheduled to continue around 2pm, and continued until about noon on Monday, Webb said.

The black economic empowerment company is based in Durban and flies between that city, Johannesburg, Cape Town and Polokwane.

Velvet Sky said customers holding reservations for dates during the suspension could change their bookings, or apply for a refund.

“The chairman and board are confident that the long-term outlook for Velvet Sky is positive, and that developments currently under discussion will significantly improve the company’s position.”

On Friday the airline, which allegedly owes BP Southern more than R29-million for aviation fuel, was given until March 5 to respond to BP’s application to provisionally liquidate the airline.

In the Pietermaritzburg High Court, BP’s counsel Gerrie Roberts SC, said Velvet Sky had breached its undertaking to pay arrears by February 17, and had not kept up to date with current payments for aviation fuel.

“Velvet Sky has often delayed paying what was due to BP,” he said.

He said the low-cost airline had known that BP would launch a provisional liquidation application on Friday, but had not responded.

Farouk Moosa SC, for Velvet Sky, said negotiations were taking place and denied claims that pilots had not been paid.

“Payments to staff are up to date,” Moosa said.

Judge Johann Ploos van Amstel said while liquidation applications were usually urgent, he did not envisage problems should Velvet Sky be given until March 5 to respond, and adjourned the matter to March 7. –Sapa