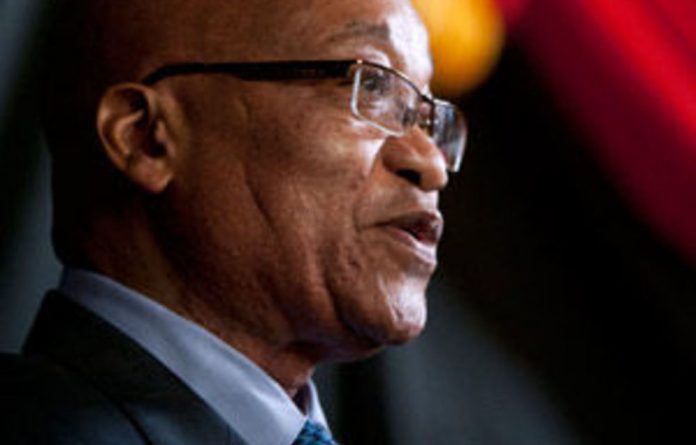 “Journalists don’t listen. They look for screaming headlines and they miss what we are actually talking about,” he said.

The comments follow media reports of Zuma allegedly admonishing the ANC Youth League last week for trying to pass off ill-discipline as militancy.

“The energy and innovation of the youth are vital to the ANC, but if you think you are right, pursue the argument correctly within the proper structures,” Zuma said last week at the National Union of Metalworkers of South Africa’s political commission.

This was interpreted as a veiled attack on embattled youth league leader Julius Malema, who is facing suspension or possibly expulsion from the ruling party.

Nobody in particular
Zuma disputed the report though.

“As soon as I saw the news that night I saw that I had apparently mentioned names. I wasn’t referring to anyone, I was trying to show the importance of youth. I had been there and it’s how you develop as a leader,” Zuma said.

Zuma also dismissed reports from the same briefing, where he allegedly opened up the succession debate in the ANC by calling for workers and members of unions to play a more central role in ANC policy making.

The president said he was merely calling on labour leaders to be elected to the ANC NEC.

“I said the ANC is like a bus. Labour leaders must not be passengers. Try to be the driver so you can determine the speed and the direction. Journalists got it all wrong. They thought I was talking about Mangaung but I simply wasn’t,” Zuma said.

These comments come in a continuing climate of uncertainty for the media.

The controversial Protection of State Information Bill was adopted in the National Assembly in November 2011, with critics labelling the legislation as a crackdown on media freedom.

The contentious legislation proposes harsh penalties for journalists and citizens found to be in possession of classified documents as well as harbouring state secrets.

Proposed consequences include prison sentences of up to 25 years, with no mechanism, such as a public interest clause, to challenge the proposed offences.

The Bill in its current form would see ordinary citizens and journalists treated as foreign spies if found to be in possession of information deemed to be a state secret.

There is no independent appeals mechanism available to citizens, who wish to access information that may have been classified as secret without justification. Though there is a provision for a mostly independent body to review decisions, citizens do not have access directly to it.

But it would seem Zuma is only concerned with the media “getting it right.”