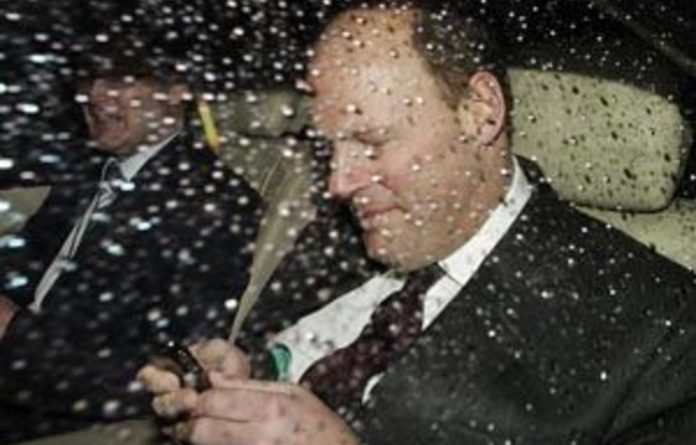 The United Kingdom’s bailed-out loss-making Royal Bank of Scotland is pleading to be allowed to run on a commercial basis as it announced widened losses of £2-billion last year and confirmed it paid out £390-million in bonuses to investment bank staff.

Sir Philip Hampton, appointed chairperson after the October 2008 bailout, said the bank needed to be run on “commercial grounds” if taxpayers were to get their £45-billion investment back. The taxpayer is currently sitting on £20-billion of losses on its 82% stake.

However, the bank ignited the row over pay as it prepared to give bonuses to its 17000 investment banking staff and as it attempted to show pay restraint by freezing the salaries of its 10 000 most senior staff. It insisted bonuses were down, but average staff costs at the investment bank remained steady at £144 000.

Union officials were furious that 60 000 branch staff were being offered 1% pay rises, whereas 17 000 investment bankers were sharing £390-million in bonuses.

Talks have broken down and the Unite union is now urging staff to reject the offer as David Fleming of the union’s national office accused the bank of “hypocrisy”.

“How does RBS expect staff to accept its claims of poverty and this ludicrous pay offer, when there is clearly enough money flowing into the hands of its top bankers and traders?” Fleming asked.
“The bonus pot would give these low-paid employees approximately £6 000, which amounts to simply loose change for a City slicker.”
A year ago RBS paid out £950-million in bonuses after reporting a £1.1-billion loss. For the first time, the bank published a figure for the bonus pool for its entire staff of £795-million but for accounting purposes the “variable compensation” was £985-million compared with £1.2-billion a year ago.

Chief executive Stephen Hester, who waived his near £1-million bonus in the face of political uproar, emphasised that bonuses were down “any way you cut it” although the compensation to income ratio — which shows how much revenue is used to pay staff — rose to 41% from 34%.

Hester said his colleagues — a handful of whom could be handed £11-million in the coming months when bonuses awarded up to three years ago pay out — should not hand their bonuses back as he did.
“I believe bonuses are awarded and they should be taken,” Hester said, warning the “noise” around RBS was damaging.

“You can’t have your cake and eat it. If you want an RBS that is mired in the past then we should be judged on a different basis.”

It was a view echoed by his chairperson. In a letter to shareholders, Hampton said: “It is the board’s view that running the business on commercial grounds is the best way to make the bank safer and more valuable for everyone who depends upon it. I do not believe there is a workable alternative if our aim is to provide the opportunity for the UK government to sell its shares in the public markets in a reasonable timescale.

“A sign that we have succeeded will be the desire of private investors to acquire the UK government’s stake. While these investors hold only 18% of our shares today, their view of our performance, leadership and strategy is crucial. All being well, they will own the majority of the equity capital of the company in future years,” Hampton said.

He had expected that the shares would already be up for sale by now but regulatory change, the downturn in the economy and the eurozone crisis meant this has not happened. —

Cyprus' ministers have met to rework a plan to seize money from bank deposits before a parliamentary vote that might threaten the island's finances.
Read more
Business

British Business Secretary Vince Cable will write to the bosses of the eight companies in the FTSE 100 index that still have men-only boardrooms..
Read more
Business

Standard Chartered is the latest to be accused of unethical practices by US regulators, sparking market flight.
Read more
Business

In the vortex of a global bank row

The Tories have seized on ideas that ministers gave Barclays the nod over its manipulation of interest rates, writes Nicholas Watt and Jill Treanor.
Read more
Advertising
Continue to the category
Politics