Otago union on the road to liquidation 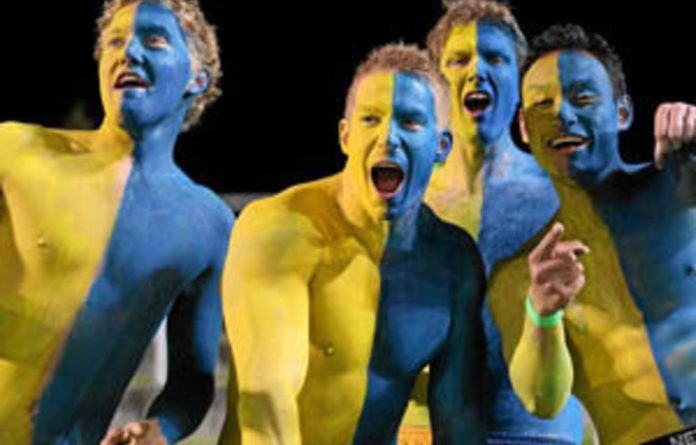 The close games that characterised the opening weekend of Super Rugby should not lull anyone into a false sense of security. The longest season yet lies ahead, with a June break to accommodate the international window, so victory or defeat at this early stage is not as vital as hitherto. Besides, there are more troubling issues than the absence of any four-try bonus points from the first round.

A fortnight ago there was a very real chance that the Lions would go into liquidation. It has not happened (yet), but in New Zealand it has. The Otago Rugby Union is 131 years old, which makes it some eight years senior to the Lions. It owes something in the region of R15-million and by the time you read this the union will in all probability have been liquidated.

Steve Tew, the New Zealand Rugby Union’s chief executive, said this week: ‘The reality is this organisation is so debt laden that I cannot see a way out of it. Do we need to have some realism brought into this world? Do we need to send a message that we can’t constantly loan money to unions to live beyond their means? Yes, we have reached that point. It is not a decision taken lightly and we have never considered this before, but it is not responsible to continue. In fact, it is illegal and the directors would be acting irresponsibly if they continued to trade.”

Before anyone at the Southern Kings or the South African Rugby Union gets too excited, remember that the Otago Rugby Union is a separate entity from the Otago Highlanders. The latter is a Super Rugby franchise and is apparently not in financial difficulty, so an extra spot in the competition is not about to open up.

However, it is no secret that the lines of separation are blurred in many of the Super Rugby franchises, which is why the demise of the southernmost union in rugby should come as a profound shock. In this day and age R15-million may not be regarded as a lot of money, but the New Zealand Rugby Union decided to stop the bleeding and send out a clear warning to the rest of its member unions.

Far from expanding the competition, because the South African Rugby Union is bent on doing that to accommodate the Kings, it is more likely to contract before long. The New Zealand Rugby Union has already suggested its preferred model for the future of the game.

It sees the five franchises as fully professional and the next tier down essentially amateur. That means major changes in the ITM Cup, which is New Zealand’s equivalent of the Currie Cup. Tew explained: ‘The ITM Cup will settle as a competition that is amateur and players are paid during the period the competition is on, as opposed to fully fledged professionals who wait for the competition to start.

‘They will have a life outside rugby. Some might be in academies, but most will be picked on form this year and paid a modest amount to play in this competition.”

This is radical talk and should scare the living daylights out of the other unions in New Zealand, Australia and South Africa. It is suggesting that there is simply no room left for manoeuvring: there is enough money for the elite players in Super Rugby, but not for anyone else. To make a living as a rugby player in the southern hemisphere you will need to have a Super Rugby contract. Everyone else must enter the job market or further their education.

There is another side to the Otago story that should ring alarm bells here. The city of Dunedin built a new rugby stadium for last year’s World Cup. The Forsyth Barr Stadium cost about R1.3-billion and was intended to house both the Highlanders and Otago. Now it is being seen as a white elephant, a drain on the city’s finances that it can ill afford.
In this country we have a number of stadiums constructed for the 2010 Soccer World Cup that fall into the same category. The Moses Mabhida Stadium in Durban, the Greenpoint Stadium in Cape Town, the Nelson Mandela Bay Stadium in Port Elizabeth, the Mbombela Stadium in Nelspruit and the list goes on.

What connects them is the nonsensical notion that playing a few games of rugby there can justify and pay for their existence. In Tew’s words: ‘Do we need to have some realism brought into this world?”

As it happens, the Highlanders will play the Crusaders at the Forsyth Barr Stadium this weekend. The South Island derby will no doubt attract a good crowd, but there will be plenty among them who come to mourn the end of an era. It has come to this: the vast sums of money committed to rugby in the southern hemisphere by Newscorp since 1996 have failed to secure the future of the game.