Scheming to do the right thing 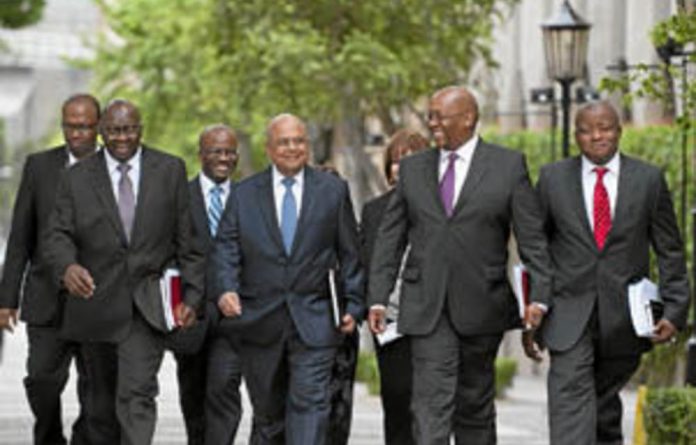 It is all about the incentives, stupid! That, surely, is the new mantra. Yes, we can all agree that it is fundamentally all about creating sustainable jobs. Of course. But to do so we have to get the incentive system right: to increase savings, enlarge the investment pot, persuade employers to hire more workers and train young men and women; prompt the shift from a carbon-intensive to a low-carbon industry; enhance local beneficiation of South Africa’s abundant natural resources; persuade the public sector unions to accept wage increases that are just big enough to avoid deflating the economy but not so big that they blow the fiscal plan; and encourage the rich to pay more tax willingly, safe in the knowledge that the ­government will spend its tax revenue wisely.

And so on and so on.

Later in the afternoon of the budget speech I heard a young man from Bishops — Cape Town’s famous private school — oppose the motion that ‘this house would increase inheritance tax to 100%” with the argument that such a reform would ‘seriously disincentivise death”. Clearly, there had been a serious mishap in the construction of the chap’s argument. Either that or private education is not providing a great deal of value for money.

Though it is, indeed, all about incentives. And in this respect Pravin Gordhan’s third budget was a stellar effort — there were no such mishaps of logic. On the contrary, it was a budget speech of compelling lucidity and a structured narrative.

Chapter one: we are in this together. Gordhan even did the unthinkable by employing the greatest cliché in political speech writing — John F Kennedy’s ‘ask not what your country can do for you, but what you can do for your country”.

Chapter two: the global economy is up shit creek — ‘unregulated capitalism is in crisis”.

Chapter three: we have got to be decisive. In isiZulu: ‘How far will you get if you sit in the corner?”Although the kwaito version actually says: ‘How will you ever score if you slouch in the corner?”

Chapter four: reprioritisation and getting full value for money — the ‘haircuts”.

Chapter five: abandoning fiscal orthodoxy to somehow balance the books, while being tough on tax and tough on the payers of it.

Chapter six: combating corruption — otherwise will the last one out please turn off the light, if Eskom has not already done so.

In the process Gordhan wrestled earnestly with many of the most truculent trade-offs, while remaining largely on target as far as the government vision the president unfurled in his State of the Nation address earlier in February is concerned, namely a big public infrastructure programme.

Magically, and I am really not quite sure how Gordhan and Team Treasury did this, he turned around the doom and gloom of last October’s medium-term budget policy statement with its dark clouds of a growing deficit and sovereign debt on the horizon to the fiscal stability of last week. I am suspicious not because I doubt the treasury’s competence, but because the plan is so obviously vulnerable to so many externalities, principal among them the crisis in the eurozone, South Africa’s largest trading partner.

The other chapter of the minister of finance’s story that casts some doubt on the efficacy of the whole plan is the one on corruption. It is certainly welcome that the treasury will oversee a centralised system of public tender management. This is essential, even if there is a risk that an added layer of bureaucracy slows things down. It is a necessary trade-off: beating the tenderpreneurs has to be a priority.

As Economic Development Minister Ebrahim Patel rightly pointed out recently, the construction sector is full of collusion practices and needs to clean up its act. At the very least, South Africa should join the new international construction sector transparency initiative, the successful pilot phase of which has just been completed in seven countries.

But it is hard to have confidence in the government or the ANC’s real commitment to combating corruption when the former continues to beat up whistle-blowers who raise public-interest concerns about corruption. A recent instance was the national intelligence whistle-blower whose director general saw fit to use the threat of prosecution under the current secrecy law to intimidate her. Meanwhile, the ANC refuses to introduce legislation that will make public the private donations to political parties, despite ­having promised the high court in 2005 that it would do so.

The ANC feels safe in the knowledge that anyone who finds out about corruption will be silenced before he or she can blow the whistle. Even if it does get out, journalists and others who receive classified information can be prosecuted and imprisoned, even if it reveals corruption, should the new secrecy Bill be passed in its current form. Big firms such as Murray & Roberts can tender for big government contracts while quietly giving secret donations to the governing parties — the ANC and, in the Western Cape, the Democratic Alliance.

Can it be right that governing parties should be free to get donations from companies that win government contracts? Among campaigners for party funding reform there is an understandable level of disquiet about Chancellor House, the company that is 100%-owned by the ANC and that invests in enterprises that do business with government, such as Hitachi’s contract to supply boilers to the Medupi and Kusile power stations.

As Sipho Pityana, former director general of the foreign affairs and labour departments and now a business leader and chairperson of the Council for the Advancement of the South African Constitution, put it at an Idasa debate last week: ‘Chancellor House is a blatant conflict of interest.” He then posed the compelling question to the private sector: ‘Democracy has been good for business, but has business been good for democracy?”

There are responsibilities on both sides. The ANC will give up power in Johannesburg before it gives up Chancellor House. It could be forgiven for this, I suspect, if it would disclose its private funders. Transparency would attract new, clean, private donors while driving away the charlatans who contaminate the best-laid plans — such as the budget. In terms of political donations, the incentives are all wrong and they need to be made right, urgently.