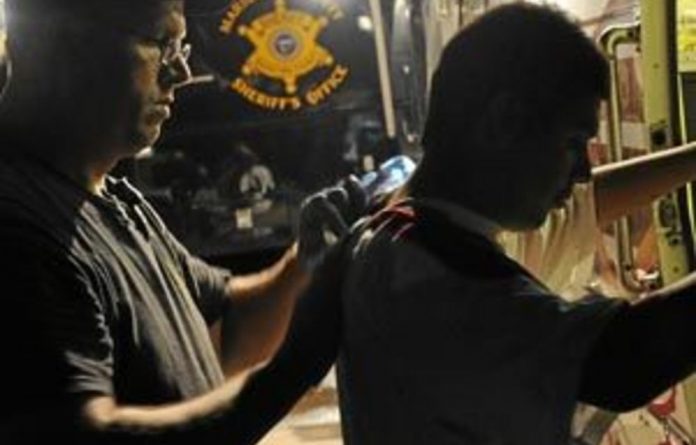 For someone who holds the relatively modest position of county sheriff, Joe Arpaio has received an astonishing amount of attention from this year’s Republican presidential hopefuls.

He has been wooed by Michele Bachmann, Herman Cain and Rick Santorum, all of whom made pilgrimages to Arizona to see him in person, Santorum as recently as last week. Rick Perry invited him to tour Texas with him and Mitt Romney, for whom he acted as Arizona campaign chair in 2008, has also been in contact.

There is a simple reason for this otherwise peculiar courting of an ageing and famously grouchy middle-ranking official: the area that Arpaio polices around Phoenix, Arizona’s capital, is the ground zero of the fight against illegal immigration in the United States and he is its most famous advocate.

For two decades he has studiously cultivated his image as “America’s toughest sheriff”. He has raided private businesses suspected of employing undocumented workers, rounded up Latinos as they are smuggled across the border with Mexico and sent his “posse” to swamp entire neighbourhoods and arrest individuals, usually Hispanics, on often minor infringements, handing anyone found to be undocumented to the federal authorities.

“They say I racially profile,” Arpaio said, speaking in his office in downtown Phoenix on the eve of Arizona’s Republican primary on Tuesday. “But we arrest everybody. It’s not my fault a high percentage happen to be here illegally.”

In the past two years Arpaio’s once-lonely stance as the tough guy of US immigration policy has suddenly become de rigueur among the US right, inspired by the rise of the Tea Party movement. His approach has been elevated into Arizona state law, in the form of Senate Bill 1070, a crackdown on undocumented Hispanics that requires local police to check the papers of anyone they suspect of being unlawfully present.

The Bill has spread like wildfire to other states across the US — from Alabama and Georgia to Oklahoma and Missouri and many more.

Hence the unseemly rush of presidential candidates seeking Arpaio’s endorsement. Both the frontrunners, Romney and Santorum, who are locked in a bitter battle for the Republican nomination, have embraced Arizona’s example. Last week Romney went so far as to laud the Bill as a model for the US.

But there are storm clouds gathering over Arpaio that should give Romney and Santorum pause. The sheriff is under investigation from the US justice department for racial profiling of Hispanics. He also faces growing opposition from a nascent Hispanic electorate that is finally discovering its voice.

A coalition of Hispanic and labour organisations in Arizona recently launched a campaign to oust Arpaio, who comes up for re-election in November. Led by Citizens for a Better Arizona, it produced a TV advertisement — accusing the

Arpaio is utterly unflustered by the opposition. “They are going after me, hoping I retire or get defeated. But I’ve got news for them: I’m not going anywhere.”

Russell Pearce did not think he was going anywhere either. As leader of the controlling Republican group in the Arizona state senate, he was the architect of Senate Bill 1070.

His aim in framing the Bill was to drive illegal immigrants out of Arizona. As he put it when we met in a café in a Phoenix suburb: “Illegals are criminals. They come across the border because we incentivise them with jobs and free stuff. Lots of free stuff. We fertilise our weeds in society today.”

Pearce is proud of the fact that more than 100 000 undocumented immigrants have already fled Arizona under the shadow of the Bill — and that is before the supreme court rules in the next few months on the new law. If the court allows key provisions to stand, another mass exodus could follow.

Pearce has one other statistic of which he is very proud: so many children have been taken out of schools in his district because of the fears of their undocumented, primarily Hispanic, parents that the authorities could close 13 elementary schools and save the taxpayer $400-million.

Despite such success, as he regards it, Pearce has paid a heavy price for spearheading the crackdown. The same coalition that is turning its sights on Arpaio forced a recall
election against him last November, which he lost. Since then he has been in the political wilderness.

Like Arpaio, Pearce is dismissive of the opposition that ousted him from power. “This recall was brought on by far-left folks, the open-border crowd, anarchists. I wouldn’t disrespect the name communist by calling them that.”

He has vowed to continue his mission to drive all undocumented families out of Arizona and is considering standing for office again this November, all of which delights Randy Parraz, the community organiser who led the recall campaign that drove Pearce from power.

“Pearce is still in denial and that’s great. Because, if he tries to make a comeback, we will do the same to him again,” Parraz said.

Parraz believes that Pearce and Arpaio — and, by extension, the Republican presidential candidates who are so eager to embrace them — are making a huge political mistake. “They don’t realise that there are consequences to their extreme and arrogant behaviour: they are going to drive the Latino voters to the polls like nothing else.”

Parraz went so far as to venture that Arizona — a state that has voted Republican in every presidential election since 1952 other than Bill Clinton’s victory in 1996 — could turn permanently Democratic as a result of the Republican party’s perceived hostility towards Hispanics.

“It’s not a matter of if Arizona will go blue [Democratic], but when,” he said. —