Travails of a warrior chief 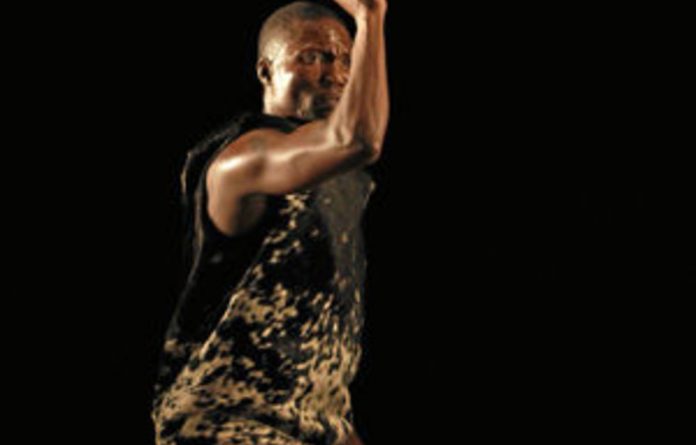 Exit/Exist is based on the life of the late and legendary Xhosa chief, Maqoma, who played a crucial role in the frontier wars in the Eastern Cape in the early 19th century and was twice detained on Robben Island, where he eventually died.

An overarching use of symbolism houses these issues, playing out not only in the choreography but also in the distinctive cultural motif of orally relating a story in dance, song and praise poetry.

Chief Maqoma himself was often referred to by his praise name, Jongumsobomvu, which more or less means to watch the sun rise.

A fine thread
Exit/Exist is a collaborative effort, drawing on the talents of James Ngcobo, who directs, and Simphiwe Dana, who composed the music, which is presented through the harmonies of a male singing group that does much justice to the performance despite one or two unnecessary histrionics. Italian guitarist Giuliano Modarelli supplied the music that provided a fine thread, holding ­everything together.

During the brief interview session after the show, Maqoma confessed that this latter collaboration was an artistic risk. Though it paid off for him, it did initially sound slightly out of step with the theme that was unfolding on stage. The end result was, however, an accompaniment that matched the eerie and delightfully uplifting chorus of voices coming from behind a transparent mesh on the stage. At times this musical combination seemed to dictate the movements of the lone figure of Maqoma and at others they were under his influence.

Although Maqoma has a personal link to the subject of the piece, the narrative and its physical manifestation do not completely dwell on this link or allude to any absolute position. In the beginning we see a man of the present, dressed in a suit, who, through his insecure gestures, is a slave to unconventional sounds as he tries to configure a timeline.

Constantly in motion he vacillates between the present and the past. During this transition he is transformed into an anthropomorphic cow figure that inhabits a land of plenty, alluded to through the use of grain. Maqoma the dancer is becoming Maqoma the warrior chief, in a manner of speaking. The process is ritualised and once the connection is made the narrative begins.

Defined by history
Chief Maqoma's legend has been plagued by contested historical views, some of which discredit him in clear contrast to those, mostly of oral tradition, that hold him in high regard. We are presented with a unique interpretation that does not claim a factual position. We are also cautioned in the same breath, albeit indirectly, to analyse critically who we are, where we come from and how documentary and oral history defines us. In this way Maqoma highlights the difficulty of revisiting and reclaiming the past through an individual perspective.

The disempowering effect of the dispossession of Chief Maqoma's land and cattle by colonial authorities is given emphasis. One need only think of the impact of the infamous Native Land Act of 1913, to which the writer Solomon T. Plaatje angrily responded: "The South African Native awakens to find himself, not actually a slave, but a pariah in the land of his birth."

Exit/Exist goes beyond the politics of dispossession. It ventures beyond a historical period that is alarmingly becoming fixed in political rhetoric — in particular the ruling party's centenary celebrations — as the era of political struggle. Maqoma reminds us that there were struggles that went on before what we now know as party politics and that the casualties were not simply of a political nature but cultural ones too.

At the end we see defeat and the bitter acceptance of it when Chief Maqoma finds himself a prisoner. The tragic and fallen hero stands still, his lack of movement seeming to suggest that this body will not fight again, cannot fight again and will not dance.

He is pulled away by the voices that invoked him and are now no more. During this hauntingly moving conclusion, text is projected on a screen, presenting the following questions: "Where have all the cattle gone?" and "Who will tell this story?"

Through choreographer Maqoma's work we are the recipients of a ­courageous attempt at a reply to these questions.