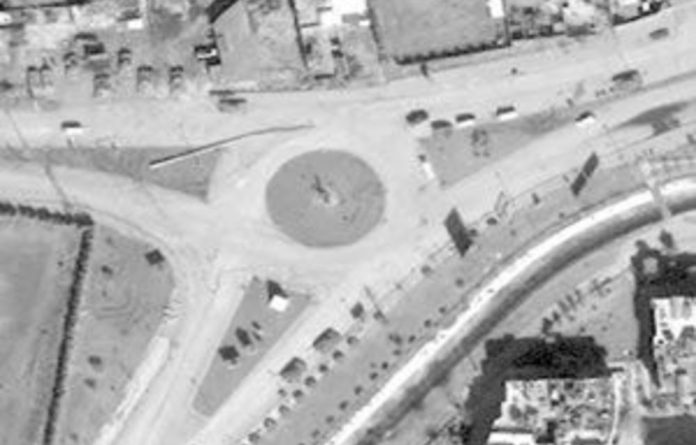 Syrian forces killed some 700 people and wounded thousands in a 27-day bombardment of Homs, with shells sometimes falling at the rate of 100 an hour, Human Rights Watch (HRW) said on Saturday.

HRW urged the United Nations Security Council to adopt a resolution demanding an “end to indiscriminate shelling of cities and allow the delivery of humanitarian aid and the safe passage of civilians and the injured”.

Human Rights Watch acquired and analysed a commercial satellite image of the Baba Amr neighbourhood of Homs on February 25, which they claim shows the extensive damage caused by the use of surface-delivered explosive weapons in a populated area.

According to Human Rights Watch, close-ups of the satellite image show tanks and other armoured vehicles positioned on a secondary road to Aysoon, just west of Baba Amr, and confirm the presence of tanks, infantry fighting vehicles, and other military vehicles at the main roundabout at the northwest entry point of the city. Two tanks are shown advancing down the road, to the south, toward Baba Amr.

According to accounts from journalists and residents who fled, the New York-based watchdog said late on Friday that heavy shelling of the city’s Baba Amr district would start every day at around 6.30 am and continue until sunset, with some bombardment also taking place during the night.

It said 122mm howitzers and 120mm mortars were used, as well as the Russian-made 240mm mortar, which it quoted an arms catalogue as saying is designed to “demolish fortifications and fieldworks”.

Various videos have been made by residents showing unexploded projectiles

HRW quoted a wounded rebel fighter as saying: “The shelling generated so much damage that everyone we found inside the buildings that had been hit came out in pieces. I found a mother in Inshaat (north of Baba Amr) cut in half with her head missing.”

After a massive ground assault on Thursday, rebel troops withdrew from Baba Amr in the face of overwhelmingly superior fire power. But the Red Cross had still not been granted access by midday Saturday.

For the injured and others, conditions were dire in Baba Amr, which HRW said has had no electricity or running water for the past two weeks.

A doctor was quoted as saying that many wounded in the shelling died for lack of proper care, while a volunteer said it became practically impossible to evacuate the wounded.

“Every time men tried to evacuate the wounded at least two or three would get shot or killed,” the doctor said.

In addition to the casualties, HRW said satellite images showed 640 buildings were visibly damaged, but that the real picture could be worse. It also counted 950 craters visible in open areas.

No safe passage out
HRW noted that Baba Amr has been an opposition stronghold since anti-regime protests erupted last March and that it had documented attacks by armed opposition fighters on security forces in the area, as well as clashes between the two sides.

But the presence of armed opposition forces in Baba Amr “in no way justifies the scale and nature of the attack” on it, HRW said, and did not excuse the government’s refusal to coordinate safe passage for civilians seeking to leave. — AFP