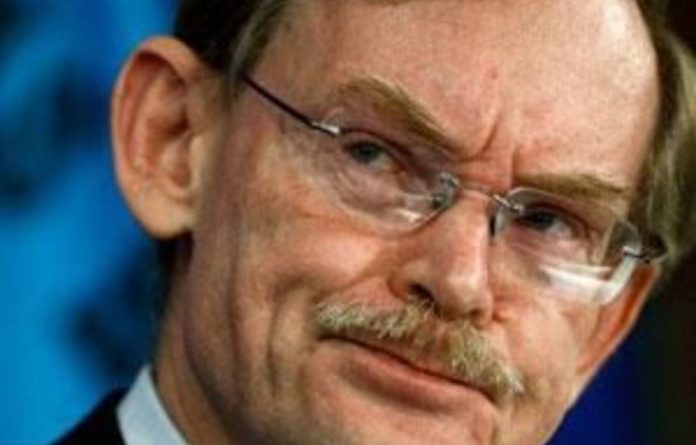 Leading the crusade against global poverty in 2012 might seem a thankless task, as austerity-racked taxpayers in the West lose sympathy with needy foreigners and China bestrides Africa brandishing its chequebook.

But Jeffrey Sachs, the US celebrity economist, has already put his hat in the ring for the soon-to-be-vacant post of president of the World Bank — and he’s enthusiastic about the challenge.

“This is potentially a time of remarkable breakthroughs in development,” he says. “We’re seeing so many demonstrations and so many success stories. There are clusters of knowhow and technology that are extremely powerful.”

As one example, he says new developments in healthcare mean that “we are on the edge, if we manage and implement it properly, of a tremendous decline in infant, child and maternal mortality”.

What’s required, he says, is not expanding the World Bank’s reach — its 9 000 employees already operate in more than 100 countries and it has lent more than $103-billion since the financial crisis in 2008 — but narrowing its focus, rolling out new technologies and spreading development best practice. “It’s a nitty-gritty problem to go from the idea to the implementation, and that’s where I really believe my 25 years of sleeves-rolled-up, directly engaged in on-the-ground problem-solving, will help.”

Long before the current incumbent, Robert Zoellick, announced last month that he would step down this summer, two names had been widely suggested as Washington’s choice for his successor: the former treasury secretary Larry Summers and secretary of state Hillary Clinton.

Development advocates are deeply sceptical about both: Summers will forever be tainted by his vocal support for financial deregulation when he was Bill Clinton’s economic adviser, while Hillary Clinton is so closely associated with promoting US foreign policy — it is her day job, after all — that she might struggle to endear herself to China, India and the bank’s other increasingly powerful middle-income shareholders.

The job at the top of the Washington-based bank has long been handed to an American, under a stitch-up agreed at the postwar Bretton Woods conference which puts a European — currently Frenchwoman Christine Lagarde — at the top of the IMF.

The “Brics” countries — Brazil, Russia, India, China and South Africa — have declared that they would like to see a more open process for the bank job this time, but they may struggle to unite around a non-American candidate.

The ‘world’s best-known economist’
Sachs, clearly not someone who struggles with self-doubt, says he has been overwhelmed by calls from heads of state welcoming his candidacy. He feels that it is America he’ll need to convince if he is to get the job. “I’m not a Washington insider. I’m working closely with governments all over the world. That’s what I have been doing for 25 years.”

He’s never been a run-of-the-mill, ivory tower academic. Along with Nobel prizewinners Joseph Stiglitz and Paul Krugman, he is one of the few economists who have built careers in the US as public intellectuals as well as professors, wading into political debate, in Sachs’s case often to remind the insular US about the importance of the world outside. Time magazine has called him “the world’s best-known economist”.

He is based at Columbia University’s Earth Institute and acts as an adviser to the UN Secretary General, Ban Ki-moon, on how to achieve the millennium development goals, which set the world targets on poverty, education and health.

But Sachs’s role in development hasn’t always been uncontentious. As a consultant in the late 1980s and early 1990s while an academic at Harvard, he advised Poland, then Russia, on their economic reforms. The strategy adopted by the Kremlin, under the tutelage of the IMF and the US treasury, involved a headlong dash towards privatisation and liberalisation that became known as “shock therapy”.

The consequences were disastrous, enriching a tiny coterie of oligarchs who bought up public assets on the cheap, and driving Russia towards defaulting on its debts.

However, Sachs now disowns the extreme policies for which many have since blamed him. “People who really know me know that I have always believed from the first days of my work as an economist in a middle path, and a moderate course of how economies should work.”

Today, he says his recipe for beating severe poverty is not to go around world capitals with a begging bowl, asking for a bigger budget, but to make existing resources work harder. “I don’t think the bank is achieving its potential. It’s spread over so many things right now, and it isn’t mobilising the kinds of partnerships that I think would make a definitive difference to achieving the millennium development goals.”

He makes no bones about the fact that many of the “partnerships” he has in mind would be with multinational companies. “I think the private sector is obviously essential for success on so many grounds,” he says. “These companies know what they’re doing. They’re the most global actors in the world; they’re often operating in more than 100 countries and they hold the technologies that are the key to development — with information technology, with broadband, with healthcare, with agriculture, with infrastructure.”

Private sector involvement in development has become increasingly common, but remains highly controversial. Campaigners fear that the firms involved are more interested in marketing spin than saving the world, and fret that their involvement only increases the costs of development.

But Sachs insists: “You can work with these companies in a way that says, ‘this isn’t where our profit motive is right now’, but where they make their technology available, and the public sector helps to diffuse it.”

Above all, he’s realistic about the limits of compassion in the west. “I’m not seeking this job with the idea of making an appeal for massive increases in foreign aid: it’s not going to happen.” – guardian.co.uk