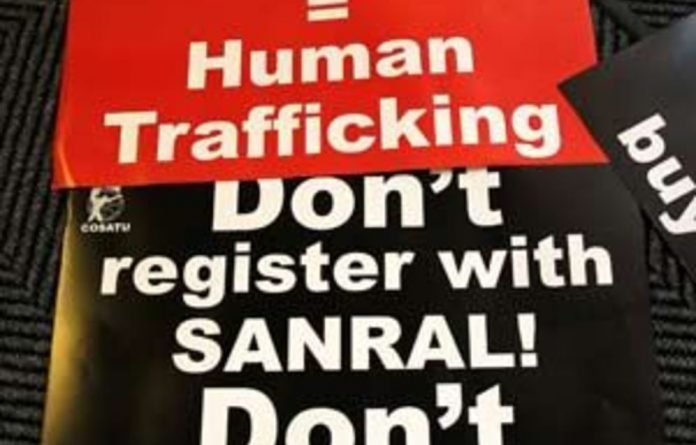 Labour brokers are a force more evil than apartheid or slavery — but they are still welcome at Wednesday’s protest action, Cosatu in Gauteng said.

The Gauteng branch of the Congress of South African Trade Unions (Cosatu) is preparing for a turnout of about 100 000 people for its march through the city centre of Johannesburg on Wednesday, and is preparing accordingly. Around 10 000 marshals will be on duty on the day, the group said on Monday, even though it expects no vandalism, violence or intimidation.

Despite the fact that the union holds labour brokers to be something close to the ultimate evil, the organisation would not be particular about who joins it on Wednesday.

“In our view apartheid was much better, even the slave system itself was much better than labour brokers,” said Dumisani Dakile, Cosatu provincial secretary for Gauteng. But asked whether those in the business of labour broking would be welcome, Dakile was unequivocal. If such despicable characters were opposed to the introduction of tolling on Gauteng freeways, he said, they were welcome to join in.

The Johannesburg march is expected to be by far the biggest event on the day, but several other events are planned. Cosatu in the Western Cape expects a turnout of around 30 000 people for its march, and dozens of other gatherings are planned throughout the country.

Although the paperwork, in terms of permits, permissions and notifications, is all in place, some uncertainty remains around the details of the marches.

Cosatu on Monday said rival umbrella body the Federation of Unions of South Africa (Fedusa) would be attending, even though that group has called on its members not to participate.

Cosatu also said its member unions in organisations such as Eskom and the South African Police Service were still in the process of determining the minimum staffing levels required to maintain essential services.

The provincial leaders made it clear, however, that any worker, employer, or journalist who didn’t take to the streets on Wednesday would be declaring themselves to be in favour of slavery and fleecing by the government, and would be in danger of becoming the slaves of labour brokers in future.

Both Metrorail and the Gautrain on Monday said they expected no disruptions in their services on Wednesday. Some taxi organisations have warned they may not have their full capacity available to commuters, due to the need to transport striking workers to gathering points.

Cosatu has warned that if Wednesday’s strike does not show promising results in leading to the scrapping of plans for new urban toll roads, and a total ban on labour broking, it would consider rolling mass action from April.

“We’ll come back and assess the situation,” says Dakile, echoing promises by Cosatu’s national leadership. “We’ll assess the response, and then go to our members to get a clear mandate or further action.”

Cosatu takes to the streets over Eskom, job losses