Malema: The youth want change, with or without me 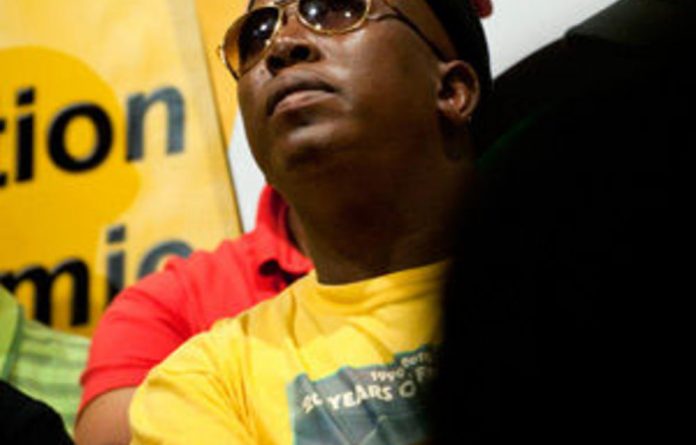 The ANC Youth League will want “radical change” even without its president, leader of the league Julius Malema told radio station Metro FM in an interview on Monday night.

“The youth are asking for respect and recognition. They want to be engaged.”

Malema was expelled from the ANC last week for bringing the party into disrepute and sowing division in its ranks.

He said he was happy to have made a contribution to the struggle and to the ruling party, and was ready to leave the league.

No Valentine’s suitor
Malema added the new league president would have to continue with the resolutions already adopted.

“And when that leader pronounces on them, he will also be expelled,” he said.

“Even if I leave, the youth league will want radical change. You need a radical and militant president of a youth league … You can’t have an ANC Youth League leader that behaves like a suitor during Valentine’s dinner.”

He said there was no reason for anyone to fear the league.

Malema was initially suspended for five years, but appealed. One of the charges against him was dismissed and was granted leave to present evidence in mitigation of sentence on the other two. After doing so, the ANC announced that the sentence had been upped to one of expulsion.

The real issues
Questioning the logic behind his expulsion, Malema asked how the sanction imposed on him for two charges could be harsher than that imposed for three.

” … So you ask yourself where is the logic here? What are the real issues? Are we really dealing with charges?”

Three members of his executive have been suspended, also for bringing the party into disrepute and sowing division in its ranks.

Malema said the league had been seen as a threat and that people wanted to crush it.

“Those who are opposed to the youth league want to plant divisions in the ANC and they want to us to fight small battles, want us to concentrate on lizards; lizards, while crocodiles are actually confronting us … We are confronting crocodiles now; can’t be concentrating on petty politics.”

He said white monopoly capital had representatives in the media and in the ANC.

“They are saying to them … you must work very hard to remove these leaders of the youth league because they are chasing investors. They want to take from us.” — Sapa