Zanu-PF eager to rush through elections 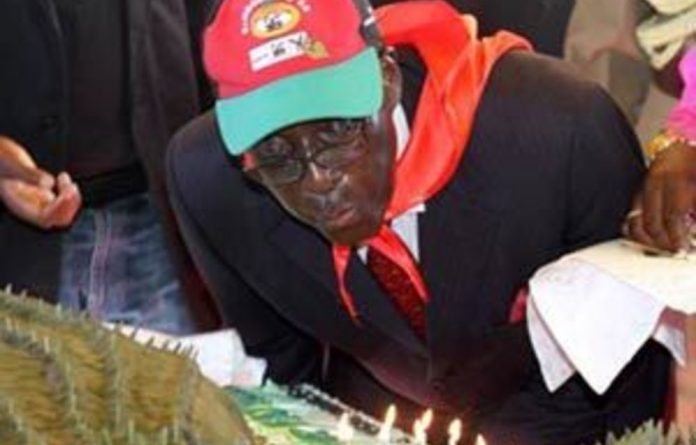 Zimbabwe’s Zanu-PF said on Tuesday that elections could be held this year even if political reforms requested by meditators weren’t ready in time.

Rugare Gumbo, a spokesperson for the Zanu-PF, said a new Constitution could be ready within weeks to satisfy mediators. But he said Mugabe could still call elections without it.

Foreign Affairs Minister Maite Nkoana-Mashabane told Parliament on Monday that constitutional and democratic reforms required under Zimbabwe’s three-year power-sharing deal must be finalised before a new poll could be held.

She said President Jacob Zuma, chief regional mediator on Zimbabwe, expects the power-sharing pact to be “fully in place” with a new Constitution approved by a referendum before new elections.

Gumbo told the Associated Press it was possible to put a new Constitution to a referendum this year, followed by elections soon after.

“That has always been our position but if the Constitution isn’t complete this year we will go for elections without it,” he said.

It then has to go through several more technical and legal stages, including a conference of politicians and voters, before a referendum.

The parliamentary panel has slated the referendum for August or September at the earliest.

Mugabe has said he wants early presidential and parliamentary elections to end the troubled three-year coalition government brokered by regional leaders after disputed and violence-marred elections in 2008.

Mugabe has called the coalition dysfunctional but Morgan Tsvangirai’s Movement for Democratic Change blames Mugabe for stalling on media and electoral reforms. It also accuses him of retaining control of loyalist police and military commanders and wants Zuma to take a firmer stand to resolve these and several other outstanding disputes in the coalition.

Mugabe, in nationwide broadcasts marking his 88th birthday on February 21, vowed to defy regional leaders over elections and said he was not afraid of angering them and facing possible regional isolation.

‘Flawed and manipulated’
Mugabe has described the often-delayed Constitution rewriting as “flawed and manipulated” by his opponents and has threatened to withdraw from the coalition “if others continue to play dirty tricks that we can’t put up with any more. Then we return to the existing Constitution,” which was adopted after independence in 1980.

Rights groups have warned of an imminent upsurge of violence against Mugabe’s opponents when there are calls for elections.

On Tuesday, Gumbo said South Africa did not have the mandate to tell Mugabe what decisions to take.

“South Africa can’t dictate to Zimbabwe what to do,” he said. “All we have is a mediator who is a South African. South Africa has nothing to do with Zimbabwe.” — Sapa-AP