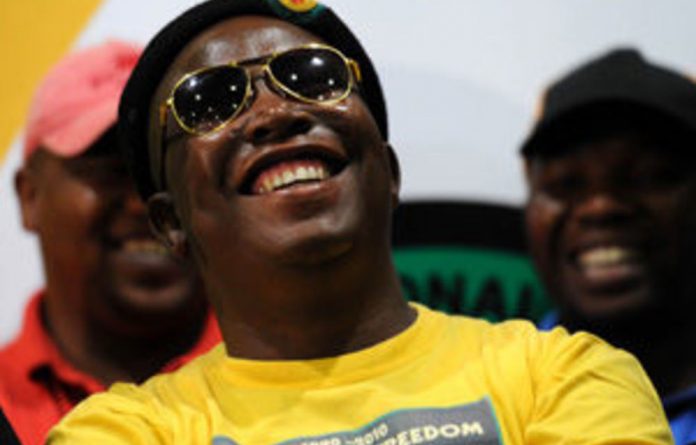 In what is likely to raise tensions between the ANC and its youth wing, the ANC Youth League threw its weight behind labour federation Congress of South African Trade Unions's (Cosatu) strike action on Wednesday to put pressure on the ANC-led government to abolish labour brokers and the e-tolling system.

Relations between the ANC and the league are at their lowest point ever since the ruling party instituted charges against league leaders for publicly articulating the league's conference resolutions, which the ANC said were not in keeping with its constitution. As a result, the ANC expelled its president Julius Malema and suspended league spokesperson Floyd Shivambu's ANC membership for three years.

Malema's expulsion triggered rebellion from the youth league's national executive committee and most of its provincial structures, which vowed to defy the ANC's national disciplinary committee's decision to remove Malema as league president.

While it was not clear whether Malema would join the strike action, his fellow top five leaders, including secretary general Sindiso Magaqa, were expected to join the strike, which Cosatu expected would attract over 100 000 people in Gauteng alone.

Cosatu's strike decision was seen more as a political show of strength ahead of the ANC's crucial elective conference in Mangaung in December, rather than a protest to highlight genuine worker issues.

While Cosatu played a crucial role in the election of President Jacob Zuma as ANC leader in 2007, the labour federation is increasingly becoming frustrated with the ANC's failure to implement Polokwane resolutions, which called for radical policy changes. Although Cosatu differs with the ANC on the policy direction, the federation has become much closer to the league over the past few months on policy issues, including the nationalisation of mines and other key sectors of the economy.

Changes demanded
While the ANC and government are pushing for the amendment of labour laws, in order to ensure stricter regulation to address the problem of labour broking and prohibit certain abusive practices, Cosatu and the youth league are calling for the total ban of labour broking in the country.

"The ANC Youth League would like to emphasise the point that our call for the banning of labour brokers does not amount to some quasi-regulations, which might end up not being overseen by anyone, therefore leaving space for continued brutal exploitation of workers," Shivambu said.

National Union of Metal Workers of South Africa general secretary Irvin Jim said the strike was about the future of South Africa in which the dignity and labour rights of workers were respected.

"It is about saying no to exploitation and greed that has engulfed our society where particular notorious groups of employers and individuals have completely lost morality. They have no sense of sharing except to brutally exploit workers. They are supported by an elitist group of capitalists and neo liberal orthodox economists who have failed to provide answers for the triple crisis of poverty, unemployment and inequality, which is threatening to blow this country up," said Jim.

"Whilst we acknowledge protest as a right, the ANC is of the view that the concerns raised by Cosatu on the negative impact of tolling of roads on people who earn less is over-exaggerated, especially after government intervention on the matter. We believe that the intervention announced, by the Minister of Finance Pravin Gordhan during the budget speech this year, [in] the Gauteng Freeway Improvement Programme will go a long way to alleviate financial pressure on the poor and the working class of our country," said Mthembu.

During his budget speech, Gordhan announced a special appropriation of R5.8-billion for the 2011/12 expenditure.

"This will reduce the debt to be repaid through the toll system, and will make a steeper discount possible for regular road users, which includes the working force who use their cars including small and medium entrepreneurs. The capping of monthly toll fee payments to a maximum of R550, no matter how many trips a motorist undertakes on the toll route, is again a clear indication of the government intention to minimise the burden on the part of consumers. For all these reasons therefore, it is the ANC's absolute view that the protest action is unnecessary, but we nonetheless respect the right of those who want to protest," said Mthembu.

On the issue of labour brokers, Mthembu said the ANC was of view that there were relevant structures, such as the National Economic Development and Labour Council (Nedlac), where organised labour — including Cosatu — has representation and influence where such issues could be discussed and resolved.

"As the ANC, we are hopeful and confident that through the Nedlac process a solution will be found on this matter of labour brokers".