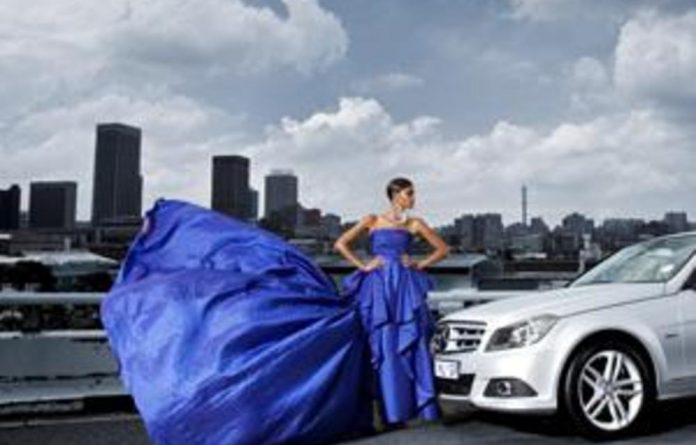 Mercedes-Benz Fashion Week Jo’burg kicks off on the roof of the Hyde Park Corner in Johannesburg this week.

Included in this year’s line-up is designer Gavin Rajah. Rajah’s work has been featured in many international publications such Vogue and Avant Garde and his collections are represented in 11 countries.

David Tlale recently presented his collection Glam Intersection in New York. He will be showcasing this collection at a surprisingly early time slot on Friday. He has been bumped from the prestigious late night spot, possibly in an effort by the organisers to get him to start on time. Instead, Thula Sindi has been awarded the much-coveted finale on Saturday night.

The line-up will also feature some menswear from designers C-squared, Fabiani and Distinctive Man.

Tashkaya will be the only newcomer to the platform.

Big business
The KZN Fashion Council and Trade Investment KwaZulu-Natal will present a collective show of some of the province’s designers including Karen Monk Klijnstra, Genna-Wae Webster, Katherin Kidger and Siyathemba Ngwenya.

Mercedes-Benz is the title sponsor of fashion weeks in New York, Stockholm, Moscow, Sydney, and Brisbane as well as in Mexico City. The brand is also actively involved in the fashion capitals of Paris, Milan and London, and numerous other fashion events in cities such as Buenos Aires and Beijing.

A long-term goal for AFI and Mercedes-Benz is to create an international platform for African designers.

“The support includes funding some of the event and a synergy effect between Mercedes-Benz and fashion as a whole. With our partnerships around the world, we can leverage and use that network to make a connection between South Africa, New York and Berlin,” said Dr Martin Zimmermann, President and CEO, Mercedes-Benz South Africa.

“It takes around ten years for a designer to get noticed. This platform helps them get there faster,” says Dr Precious Moloi-Motsepe.