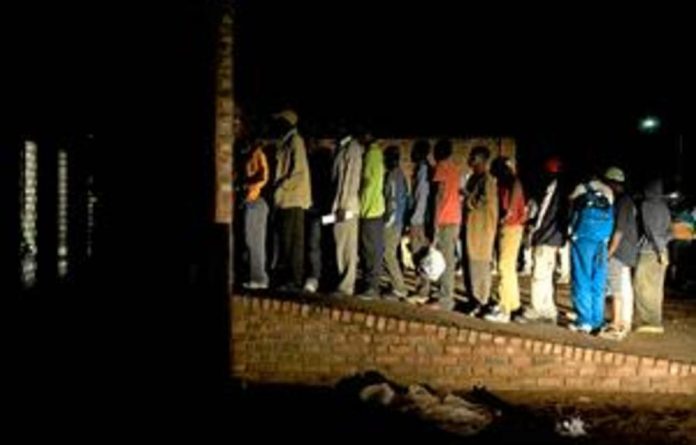 South Africa should take “robust steps” to refuse to grant refugee status to asylum seekers who have transited through one or more “safe” countries, according to the ANC policy discussion document released this week.

“Building appropriate relationships with other such countries, which are also signatories to the conventions on refugees and in particular our neighbours, is key to resolving this problem,” the document states in the chapter on home affairs. “The UN conventions on asylum seekers provide for the ‘first country’ rule, which states that an asylum seeker should seek refuge in the first safe country that he or she reaches.”

Denying refuge to those who don’t need it
Therefore, South Africa should exercise its right to refuse to grant refugee status to asylum seekers who have travelled through safe countries, or who already have refugee status in another country, unless this is otherwise prescribed, it argues.

A combination of large numbers of asylum seekers, gaps in the law, weak systems and corruption has led to widespread abuse of an overloaded system by criminal syndicates that smuggle and traffic people, the document points out.

It suggests that the adjudication of applications, especially “manifestly unfounded” applications should be accelerated. Instead of the current weak controls South Africa should implement a risk-based approach, the document states.

If asylum seekers and refugees acquire citizenship through marriage or other means that allow them to apply for permanent residence, which can lead to citizenship through naturalisation, such changes should be made through the Immigration Act. Any loopholes in the Act must be addressed by changes to the legislation, the document proposes.

One of the ways asylum seekers earn a living is by renting or managing retail outlets and spaza shops. Non-South Africans should not be allowed to buy or run spaza shops or larger businesses if they fail to comply with legislation such as municipal bylaws, it states.

The document claims that “refugee reception centres” will be relocated along the borders of South Africa, but suggests that a discussion is needed to ensure the home affairs department gets the support it needs to run and house these centres.

Among its concerns is that some refugees, including those still seeking asylum, tend to travel to their home countries for visits and return to South Africa. It is proposed that such people should be refused re-entry because they are flouting UN conventions and there is no evidence to show they have anything to fear in their home countries.

The flawed management of migration in South Africa has largely been based on legislative compliance and has failed to take into consideration changes such as the growth in transnational crime and new migration flows, the document says.

A major reason for the home affairs department’s inability to manage immigration securely and effectively was the failure in 1994 to realise that it was a “highly strategic security department”, it states.

“Instead, it was placed under the executive authority of a minister from an opposition party,” the document states. In 1994 Mangosuthu Buthelezi of the Inkatha Freedom Party was appointed home affairs minister by then-president Nelson Mandela. The department now falls under Nkosazana Dlamini-Zuma.

Democratic Alliance home affairs spokesperson Manny de Freitas said the ANC’s discussion policy document appeared “oblivious to realities” in the department, which he said was beset by a lack of capacity and funds.

“This document makes sweeping statements and often there is no basis for this,” he said.

“There is a sense of paranoia about it and it doesn’t look at opportunities created by refugees and asylum seekers, who often create jobs. This document makes out that they bring in crime, but the reality is a lot of these people create their own businesses and are entrepreneurs.”

The discussion document was negatively slanted against refugees and asylum seekers, said De Freitas, who described the section dealing with home affairs as “very scary and badly thought out”.

However, the document sees a transformed home affairs department emerging in a concerted plan to improve the security of the country.

It hopes it will soon be staffed by “patriotic professionals” who are fully committed to serving and protecting their people. However, De Freitas claimed a major problem at home affairs was “cadre deployment”.

“As a security department, home affairs will contribute to achieving two overriding goals: national security and public safety,” the document states. “The main challenge currently is that over 95% of those claiming asylum in South Africa are not genuine asylum seekers, but rather are looking for work or business opportunities.”

The revised national identity system and immigration systems must be secure and must be used to serve citizens, the document states.

To achieve these goals, an academy has been established to train 350 immigration officials, who have been recruited from the South African National Defence Force and trained with the help of Cuban experts.