Cele under fire for lack of scrutiny of building lease deals 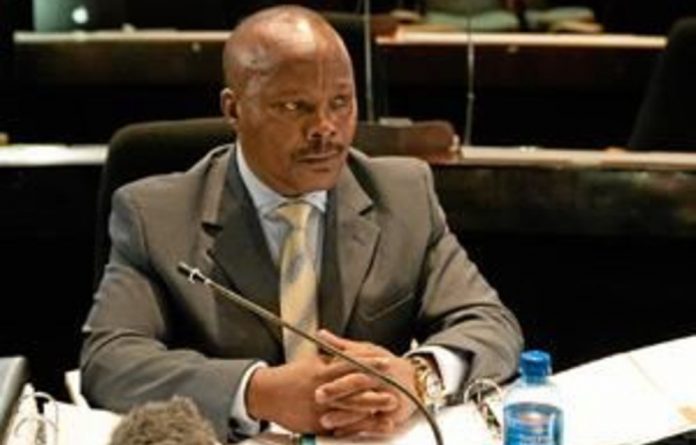 Watching a public figure defending his innocence to a judge is always a pitiful experience.

The once-flamboyant general cut a rather sober figure in the dock as the hearings into his conduct during the 2010 leasing of two buildings for new police headquarters began at the City of Tshwane council chambers in Sammy Marks Square.

In spite of the confident disposition of Cele’s defence team and its members’ sporadic laughter at the questions posed to their client by evidence leader, advocate Viwe Notshe, Cele still faces questions about his fitness for the office of national commissioner.

By his own admission to the inquiry this week Cele delegated the responsibility for the procurement of the buildings to his deputies.

He said he had signed off on the leases because he had trusted in their “expertise”.

“Really I was more interested in having the headquarters and asking my expert to deal with it,” he said.

Main adversary
Cele’s expert at that time is now one of his main adversaries in this inquiry, the former deputy commissioner and head of police procurement, Lieutenant-General Hamilton Hlela.

Hlela has claimed that in procuring the Sanlam Middestad building in Pretoria and the Transnet building in Durban he was acting on implicit instructions from Cele, who had already identified the buildings.

The owner of the buildings is property vendor Roux Shabangu, who came under fire in a report by the public protector, who investigated the leases.

The current board of inquiry, convened by President Jacob Zuma, came after public protector Thuli Madonsela released a report on her findings in the investigation of the R1.6-billion leasing debacle.

Madonsela found that Cele’s role in procuring the buildings had been “improper and unlawful” and that Shabangu had been irregularly awarded the police leases.

The inquiry, chaired by retired Free State judge Jake Moloi, must establish whether Cele acted “corruptly or dishonestly or with an undeclared conflict of interest” in relation to the leases and also whether he is fit to stay in office.

Fumbled
Hlela fumbled in the heat of cross-examination earlier this week, but he maintained that Cele had told him to expect a phone call from the owner of a building he had identified for the new police headquarters.

When Cele’s advocate Vincent Maleka put it to Hlela that his client would deny that he had any part in identifying the buildings or that he had told Hlela to lease them, Hlela retorted by saying that Cele would be lying.

Hlela retired in August 2010 after the leasing scandal blew up in the media. He told the inquiry that he had come under “extreme pressure” from Cele and due to the stress of the leasing issue he had put in for early retirement.

Cele however, hit back at Hlela when he entered the box on Thursday, claiming that he had “absolutely not” instructed Hlela in any matters pertaining to Shabangu or the buildings.

However, Moloi questioned Cele’s implicit acceptance of the building and the proposed rental of R2-million a month.

“Didn’t that sound rather astronomic? Wouldn’t it have warranted more scrutiny as accounting officer?” Moloi asked Cele, who agreed.

In March 2010 Cele signed a letter instructing all police bosses to seek approval from his office for any tender valued at more than R500 000.

‘Big money’
Cele said previously that he issued this instruction after he became aware that “a lot of contracts, big money, were signed while I was in office and nobody came to me”.

Notshe put this to Cele and questioned him about his apparent lack of scrutiny in the matter after Cele said that he had accepted the rental cost for the Middestad building based on his trust that “a person who knows what to do will give me the proper report”.

Cele told the inquiry that although his trust in Hlela was “eroding” at the time, he was trying to work with his deputy to “restore the trust”.

At this point Moloi intervened and told Cele that his “evasive manner” in answering the questions was leaving a “terrible impression”.

Hlela has been present at the hearing every day this week and has sat in the same seat in the back row, listening intently to Cele’s answers.

Several questions put to Cele by Moloi prompted Hlela to nod in agreement, specifically when they related the size of the space.

Cele explained that the extra space was needed for a gym.