Di Matteo has aces up his sleeve 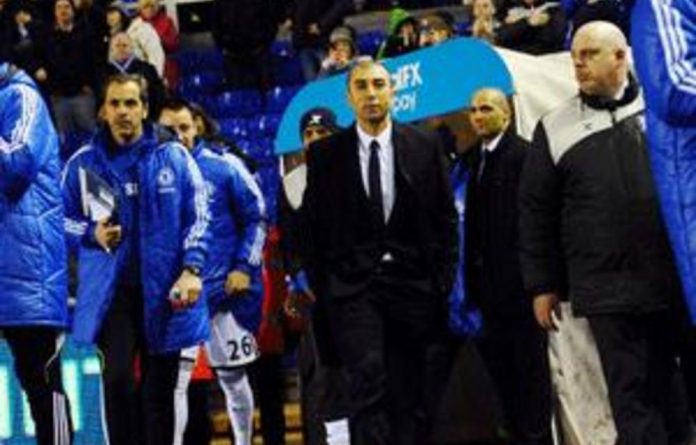 Roberto di Matteo may be unloved by some of Chelsea’s squad and is no manager or master tactician in the José Mourinho mould but, as a short-term appointment, he holds three aces.

First and foremost, the former Italy midfielder is adored by Chelsea fans, who recall his role in securing the five trophies won by the club during his Stamford Bridge playing days. Ashley Cole, Frank Lampard, John Terry et al will be smart enough to appreciate a potentially powerful synergy between the stands and the technical area.

In his first game in charge this week, he managed to lead the team to a 2-0 victory in the vital FA Cup replay at Birmingham. Now, as he tackles next week’s daunting Champions league second leg at home to Napoli and the fact that the race for fourth place in the Premier League is likely to stretch until the end of the season, Di Matteo can expect to surf a wave of goodwill. It can be reinforced only by Chelsea supporters’ sadness at the way his six years of smooth passes and spectacular long-range goals ended in 2002.

The cruel triple fracture, plus substantial nerve and soft-tissue damage, of Di Matteo’s left leg plunged him into a five-year post-retirement depression. Fans do not need to be overly sentimental to hope that the second coming of a 41-year-old who still suffers severe discomfort from the network of scars on his leg enjoys a much happier conclusion.

Di Matteo’s second ace card is that he boasts a less than shabby, albeit relatively brief, managerial track record.

Having begun taking his coaching badges while still a Chelsea player, he is a highly qualified, deeply analytical coach who led MK Dons to the League One play-offs before winning West Bromwich Albion automatic promotion to the Premier League.

When, in February 2011, Di Matteo was sacked and replaced at The Hawthorns by Roy Hodgson, eyebrows were raised.

Granted, Hodgson’s installation would soon appear a masterstroke but, prior to a disappointing run of one win in 10 games, Di Matteo’s easy-on-the-eye West Brom were winning all sorts of plaudits. Until West Brom’s new-year slump, no one mentioned that some of the players at The Hawthorns felt that their sometimes stand-offish Swiss-born manager was a little too aloof and overly keen on delegation.

Now, though, the slight superiority complex critics perceived in Di Matteo may aid his survival amid one of the Premier League’s most difficult, player-power-suffused and highly political dressing rooms. This represents ace number three.

If a firm friendship with Dennis Wise, his old Chelsea teammate, has helped make Di Matteo seriously streetwise, not to mention thoroughly versed in the little nuances of Premier League dressing-room culture, he, unlike André Villas-Boas, can show Ashley Cole and company a few medals of his own.

It may also help that he is evidently brighter than average. Depressed he may have been, but during those difficult five years after his leg injury Di Matteo variously studied for a master of business administration at the European Business School, ran an Italian restaurant in west London and did some media work. In a cameo role that will inevitably be as much about psychology as coaching, his insight into human nature has the potential to serve him well.

It cannot hinder their caretaker coach’s cause that many of the club’s ageing stars might suddenly realise they need to start fighting for new contracts or suitably lucrative employment elsewhere.

While the players may be jubilant at seeing the back of Villas-Boas, there could also be the odd private residue of guilt for Di Matteo to mine. “I’d like to think that, in future years, some senior professionals will apologise to André Villas-Boas,” said Alan Pardew, the Newcastle manager.

Di Matteo’s challenge now is to ensure that, by the time he celebrates his 42nd birthday in May he will be enjoying the successful relaunch of a managerial career expected to be continued away from Stamford Bridge. —