Eat yourself healthy: your dose of cancer-busting foods 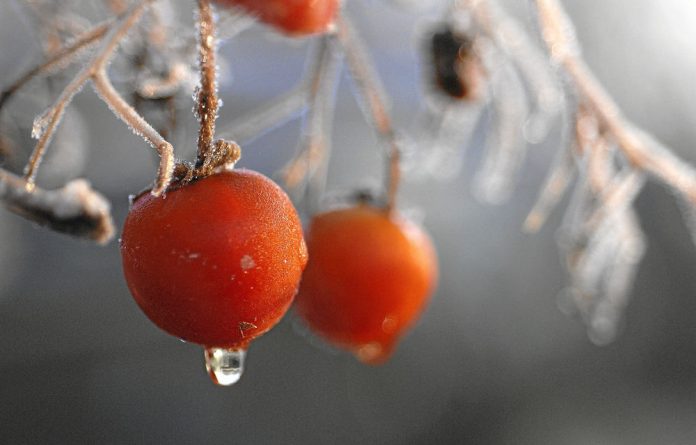 The United States government’s National Cancer Institute estimates that roughly one in three cancer deaths may be related to diet. What you eat can hurt you, but it can also help you. There is significant evidence that many cancers can be prevented by the food one eats.

Last week the focus was on what not to eat in the first of a two-part series on “cancer in the kitchen”. In this week’s second and final instalment the focus is on foods that have cancer-fighting properties. Carl Albrecht, head researcher at the Cancer Association of South Africa (Cansa), has provided a list of 10 foods he is convinced could save your life.

Only bread that contains 51% or more whole grain qualifies as whole-grain bread with cancer-fighting properties. Unfortunately, no major South African shops sell bread with such a high amount of whole grain. Instead, the whole-grain content is reduced to make the bread smoother.

Canola oil and margarine
Animal studies have shown that canola oil prevents colon, breast and prostate cancers. Researchers believe the reason for this is canola oil’s healthy balance between omega-6 and omega-3 fatty acids. There is increasing evidence that these two types of fat play an important role in the development of cancer — omega-6 fatty acids increase the risk of cancer, whereas omega-3 fatty acids lower it.

Like canola oil, canola margarine has a 2:1 ratio of omega-6 and 3 fatty acids, making it a healthy option. Compare this with some margarines on South Africa’s shelves that
Cansa has found to have ratios of up to 40:1.

Fish
Fatty fish such as snoek, mackerel, salmon, tuna, trout, sardines and pilchards are excellent sources of omega-3. These fish contain special omega-3 fatty acids, known as long chains, which are not found in canola oil. There is evidence that these special fats can help to prevent cancer, especially breast cancer. Not only do omega-3 fatty acids reduce the cancer risk, but they also protect against heart attacks. Cansa recommends that you eat fatty fish at least once a week for cancer protection.

Rooibos tea
Rooibos tea contains extreme amounts of antioxidants — the substances that fight harmful molecules in our bodies that can cause chronic diseases, including cancer. According to a Cansa document called Life Is Beautiful, rooibos tea’s strongest connection with cancer prevention is a Medical Research Council study, which revealed that “rats given rooibos tea as the only source of liquid showed a 500% increase in the master antioxidant glutathione in the liver”.

Glutathione is produced in the human body and cannot be taken as a supplement, because it is destroyed in the gut. Several studies have shown that glutathione puts a stop to cancer by neutralising cancer-causing chemicals. Further research has shown that people who drink six cups of rooibos tea a day increase their glutathione levels by 100%. Cansa recommends that you drink three to four cups of rooibos tea a day to get the maximum health benefits.

Pap
According to Cansa, white South Africans have colon cancer rates 10 times that of their black counterparts. Scientists believe one of the reasons for this discrepancy is that black people consume significantly more mealie meal, or pap, as South Africans know it.

Mealie meal releases substances that fight cancer, such as butyric acid, in the colon. Butyric acid fights off the colon cancer cells produced by cancer-causing chemicals that are formed in charred meat, including braaied meat. Too much red braaied meat can lead to colon cancer. However, if you eat it with pap, the mealie meal is likely to reduce the risk of developing cancer.

Tomato products
Tomatoes contain a substance called lycopene that has been found in animal studies to fight cancer. Lycopene is a type of carotenoid — the stuff that gives fruit and vegetables their bright colour. According to Cansa, studies have shown that people who eat diets rich in tomatoes and tomato products such as tomato paste, tomato sauce and tomato juice have a lower risk of certain cancers, particularly cancers of the prostate, lungs and stomach.

When eating braaied meat, it is advised that you add gravy with tomato, among other vegetables such as onions, to your meat. The tomato will help to protect against the cancer-causing substances that are released when braaiing meat.

Broccoli
Broccoli is the number one cancer-fighting vegetable, mainly because it contains a high level of a chemical known as sulforaphane, which stimulates the production of enzymes that can deactivate cancer-causing substances. In animal studies these enzymes have been shown to inhibit the growth of tumours. In studies done on humans, sulforaphane has been linked to reduced colon and rectal cancer risks. Broccoli also contains indoles — chemicals that help the DNA of human cells to fight cancer. Indoles combat breast cancer by converting cancer-promoting oestrogen into a safe substance.

Turmeric
The Indian spice turmeric contains curcumin, which has been used for centuries in Asian medicine to treat a variety of illnesses. Scientific research suggests that curcumin may help to prevent or treat cancer. Curcumin is an antioxidant, meaning it may decrease swelling and inflammation. According to the website mayoclinic.com, the spice is being “explored as a cancer treatment, in part because inflammation appears to play a role in cancer”. Some studies have reported that curcumin inhibits the formation of cancer-causing enzymes in rodents.

Researchers have found that curcumin may prevent and slow down the growth of a number of types of cancer, particularly tumours of the mouth, breast, intestines, stomach, skin and oesophagus (the tube that connects the throat to the stomach).

Use turmeric in marinating sauces with other healthy spices such as garlic, basil and thyme for braai meat. It protects you against cancer-causing substances that form during the charring of meat.

Orange juice
According to an Australian government study, oranges can reduce the risk of mouth, larynx (voice box) and stomach cancers by as much as half. Citrus fruits protect the body through their antioxidant properties and by strengthening the immune system through vitamin C. They also hinder tumour growth and can normalise tumour cells. Oranges have the most antioxidants of all fruit, so much so that the National Cancer Institute in the US describes them as “a complete package of every natural anti-cancer inhibitor known”.

We often throw away the most potent part of the orange: its rind. In the oil of the peel of oranges and other citrus fruits is a phytonutrient — components of plants that promote human health — called limonene. There is limonene in the pulp, too, but significantly higher amounts of it in the peel. Limonene stimulates your antioxidant detoxification enzyme system, thereby helping to stop cancer cells from forming.

Vitamin C, which oranges have ample amounts, also plays a role in the prevention of cancer. Vitamin C protects against nitrosamines — cancer-causing agents found in food that are thought to be responsible for instigating cancers of the mouth, stomach and colon.

If you eat food with cancer-causing properties, for instance bacon, it is a good idea to drink a glass of orange juice with it. It is also beneficial to use orange peel during cooking – not only will it enhance food flavour, but it can save your life.

Berries
More than 200 studies have linked berries, such as strawberries, raspberries, blueberries and blackberries, to cancer prevention. Scientists are not sure yet what it is in red, blue and purple berries that fights cancer, but they suspect it could be that the berries contain powerful antioxidants, such as anthocyanins and phenolics, which have anti-inflammatory properties that indirectly prevent cancer.

Glyphosate under fire from San Francisco to Sri Lanka

Did the apartheid government inject black people with HIV? We look to science.