Few takers for empty seat on the Bench 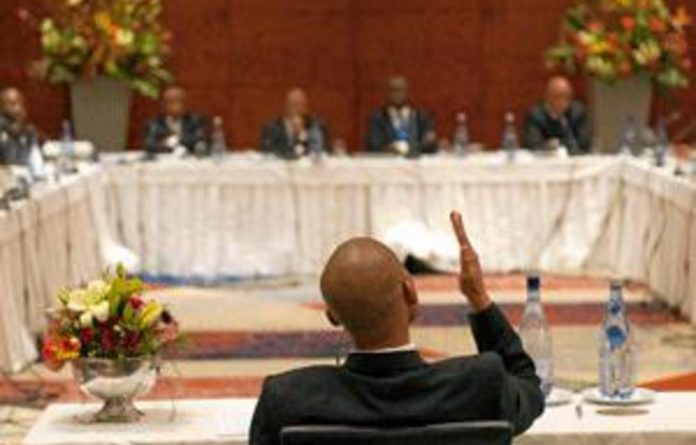 The Judicial Service Commission on Thursday announced that there was, again, a shortage of nominations to fill the vacant seat on the Constitutional Court.

According to section 174 (4) of the Constitution, the JSC is required to “prepare a list of nominees with three names more than the number of appointments to be made” for the president to choose from after consultation with Chief Justice Mogoeng Mogoeng and the leaders of opposition parties in Parliament.

The closing date for nominations had been extended from February 3 to February 17 after a similar shortage of applications. Ntsebeza said the JSC would re-advertise the position shortly before the commission sits again in October.

Currently, the vacancy on the Bench created by the retirement of former chief justice Sandile Ngcobo is being filled by Zondo, while Constitutional Court Judge Zak Yacoob is acting as deputy chief justice for Dikgang Moseneke, who is on leave until May 31. Justice Mandisa Maya is also acting at the court until Moseneke’s return.

Ntsebeza said the shortage of applicants didn’t equate to a crisis, as some potential applicants may be waiting for a more opportune moment to apply since more vacancies would open up in the next few years as justices reached the end of their terms.

Speculation is, however, mounting within the legal fraternity as to why there is a reticence to apply for a position that would allow judges, academics and advocates to play a leading role in moulding South Africa’s jurisprudence.

More than one advocate suggested that it may partly be as a result of the “feeding frenzy” that surrounded Mogoeng’s interview for the chief justice position last year.

“Judges do make mistakes in their judgments — they are only human, but to see the way Mogoeng’s judgments were scrutinised must have put off quite a few people,” said a Johannesburg-based silk.

This view was endorsed by a veteran KwaZulu-Natal advocate, who said some judges would be “loath to subject themselves to ‘harassment’ about judgments they had previously delivered”, especially if these “could show them up as being out of touch with constitutional values”.

Ntsebeza, however, suggested that this should not put off prospective Constitutional Court judges as the Constitution allowed for the public scrutiny of judges.

Some in the legal fraternity highlighted the perception that the court was under threat of political interference and that future appointees would have to be aligned with the Zuma administration. This would “dissuade independent-minded judges, who would feel there was no point in applying,” an academic told the M&G.