Gazza calms the waters so the Proteas can bloom 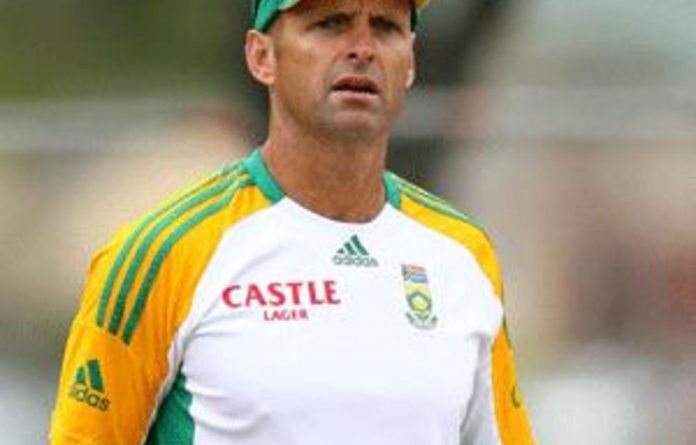 Gary Kirsten was driven straight to the University Oval when the team arrived in Dunedin, because the media had already interviewed Daniel Vettori and were waiting for their dose of Proteas for the following day’s news.

He stood with his back to the ground, facing a couple of television cameras and seven or eight journalists. After a couple of minutes he was asked whether the pitch looked a bit browner than he was expecting — perhaps a bit drier, too, the journalist asked, sniffing for a conspiracy.

Kirsten slowly turned around to face the ground, presenting the back of his head to the cameras, and peered out at the middle. He turned back, smiled, and said: “Yes, it does look quite brown, doesn’t it?”

It was just the latest example of how different Kirsten is from his predecessors — and from most other coaches of major first-class or international teams. He doesn’t try to be different — he isn’t even especially aware of being different — he’s just doing what comes naturally and he has the courage of his convictions, even if they don’t follow convention or established wisdom.

Throughout his playing career Kirsten watched his teammates and coaches anxiously obsess about the pitch. It was a badge of honour for the players who were regarded as the best “readers” of a pitch. Kirsten was only too happy to let them get on with it.

For somebody like Shaun Pollock, whose ability to predict the bounce and seam movement in a pitch could be intrinsic to the length he would bowl, it was essential. But for batsmen, Kirsten felt it was largely pointless.

“If we want to be the best team in the world, then we need to bat and bowl well in all conditions and all over the world,” he said philosophically. “The time to assess the pitch and adapt to it is when you’re playing on it. There are enough things to think about and to get right without worrying about something you have no control over — and there’s nothing you can do about the pitch.”

It would be more of a concern for a team considering playing two spinners — or none — but for South Africa to pretend that the pitch would influence the selection of their starting XI would have been ridiculous and Kirsten simply does not do ridiculous.

Like the coach telling the players how to prepare for a match — or how they should feel about a situation. He doesn’t do that. He also found it ridiculous that he rarely found himself in an environment conducive to honest conversation about his physical and mental health during his playing career. He rarely admitted that he felt mentally “stale” during a long season, for fear that it would be interpreted as a weakness.

It is true that there should be a healthy “distance” between a coach and his players. That potential “void” is filled in the current set-up by mental coach Paddy Upton, whose relationship with the players needs to be one of unquestioned trust and confidentiality.

Kirsten’s personal experiences naturally shape his approach to coaching and he is adamant that a player will not (perhaps cannot) produce his best performances unless he has a burning desire and sense of excitement before every game. Cricket may be a job for these players, but there’s a bit more at stake when they get to the office than there is for the average office clerk.

“We need them to want to play; to be almost desperate to play. The moment a player regards an international as ‘just another match’, even subconsciously, is the moment he starts to lose his best form,” he says.

Although resting players is the most obvious and best solution to prevent staleness creeping in, it is not always appropriate or possible. This is why the coach has encouraged the adoption of an adage: a change is as good as a rest. Hence the revolving batting order in ODIs and the sharing of job responsibilities.

India’s national team were deeply affected by the calmness Kirsten brought to the changeroom during his three years in charge and South Africa have already felt the benefits of his demeanour during difficult times, but they certainly needed it once again during the course of the first two days of the first Test against New Zealand.

The coach was acutely aware of the dangers of introducing five new faces to the starting XI and spoke with a little trepidation of being “caught napping” at the beginning of the series.

Captain Graeme Smith also said before the Test that “they have obviously brought us to Dunedin for a reason”. Both men’s apparent fears duly materialised. The first day was eye-wateringly and nose-runningly cold and the tourists were duly caught napping.

They fought their way back into the game on the second day, but South Africa will need to absorb and then reproduce every bit of their coach’s calm confidence if they are to start the series with a victory.