How AVB lost the Chelsea battle 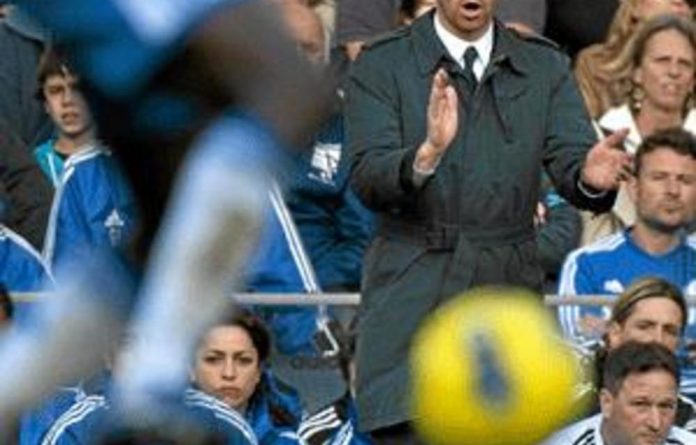 In Vietnam they called it “fragging”: the deliberate killing of a commanding officer by his own men. It happens in all wars when experienced foot soldiers lose respect for their leader and put their own survival before loyalty. And now it has happened at Chelsea. Twice.

No wonder the club’s ground shares its name with a famous battle in which an English army defeated invading forces. Three years ago the sergeant-majors in the dressing room were able to exert enough influence on the high command to have Luiz Felipe Scolari, a World Cup-winning coach, removed after six months in the job, having concluded that his insufficiently rigorous training sessions imperilled their chance of winning trophies.

Scolari was an older figure, aged 61 at the time, with medals on his chest. Now the same forces appear to have done for a much younger commander, the 34-year-old Dom Luis André de Pina Cabral e Villas-Boas.

Having taken the job on a wave of fresh-faced confidence, the man familiarly known as AVB rapidly came to resemble a young captain, trained on the playing fields of Eton, arriving to command a battle-weary platoon at Passchendaele. Another victim of friendly fire, he lasted only a month longer than the Brazilian.

This is an astonishing degree of influence for players to wield, particularly when their employer is one of the world’s richest men.

Abramovich prefers his players to the coach
Evidently Roman Abramovich, who can do whatever he likes with his £11-billion fortune, prefers to listen to the whispers of his workers rather than put his long-term faith in the coach he hired to turn them back into a winning team.

The Russian is either a firm believer in player power or a man whose own judgment and that of his closest lieutenants at Stamford Bridge — the club chairman, Bruce Buck, the chief executive, Ron Gourlay, the director, Eugene Tenenbaum, and close friend Eugene Shvidler, the chairman of Millhouse, Abramovich’s investment company — is so faulty as to disqualify them from the stewardship of a leading football club.

The Chelsea dressing room is certainly no respecter of age or class. Scolari, like his father a former professional player, was a product of football. And if José Mourinho was that rarity in English football, a middle-class manager, then AVB was in all probability unique in its modern history: an aristocrat in the dugout, his family tree including barons, viscounts and a grandmother from Cheadle, a posh Manchester suburb. She taught him English at an early age and his near-perfect command of the language gives the lie to the belief that the only thing standing between foreign managers and Premier League success is an inability to communicate with their players and the outside world.

AVB is the perfect gentleman
Villas-Boas communicated all too well. His excellent manners and willingness to answer any question in considerable detail gave him the sympathetic ear of football reporters long accustomed to gnomic responses delivered with a Clydeside sneer. But the terms in which he analysed his side’s performances soon came to seem technocratic and academic.

Until the very end, when his honesty was equally painful, his pronouncements contradicted the evidence of the reporters’ eyes, and the players came to share their scepticism.

Those who came out with a public defence of AVB during the last days of his regime were not English players grateful for his fluency in their native tongue but the sizeable contingent of his fellow Portuguese speakers, led by David Luiz, the Brazilian defender.

There was something of the nerdy schoolboy about him, and not just in the nervous way he constantly tightened the belt of his black raincoat, a less stylish trademark than Mourinho’s grey cashmere overcoat. Despite starting his Premier League campaign with three consecutive wins, not once during his 40 competitive matches in charge did he convince observers that there was substance to his strategy and tactics. Where Mourinho had gone through three seasons without losing a league match at Stamford Bridge, October and November saw AVB’s Chelsea losing successive home games 3-5 to Arsenal and 1-2 to Liverpool.

Impeccable record before Chelsea
His brief record with Academica de Coimbra and Porto may have looked promising, but at Chelsea he made so many mistakes that it is hard to know where to start. Hired with a brief to revitalise the playing staff and, if necessary, consign the older generation to history, he promoted only one of the younger players, Daniel Sturridge, while alienating the seniors, who disliked the way he sent Nicolas Anelka and Alex to train with the reserves while awaiting a transfer to other clubs.

Whereas Manchester United and Juventus have brilliantly exploited the experience of Paul Scholes, Ryan Giggs and Andrea Pirlo this season, Villas-Boas could not find an accommodation with Frank Lampard, whose resentment became a focal point for disaffection. A stronger manager would have shipped out Fernando Torres in January, rather than allowing his wounded presence on the bench to remain as a symbol that all was not well.

His unconditional support for John Terry when the club captain was charged with racially abusing an opponent was poorly judged, only a notch or two below the advocacy on behalf of Luis Suarez that brought Kenny Dalglish into disrepute.

Sturridge apart, younger players were marginalised. Once upon a time the Stamford Bridge faithful would have been able to enjoy the development of the extravagantly gifted 18-year-old Josh McEachran, as they once feasted on the sight of the teenaged Alan Hudson and Ray Wilkins, but Villas-Boas sent the England Under-21 player to Swansea City on loan. Jeffrey Bruma, Patrick van Aanholt, Romelu Lukaku and Oriel Romeu were removed from first-team contention after brief consideration. Fabio Borini was sold to Roma, where he quickly earned himself a place in Italy’s senior team against France last week, still only 20 years old.

That is to say nothing of Villas-Boas’s inability to demonstrate a talent for imbuing a team with any semblance of originality on the pitch.

His 4-3-3 looked like anyone else’s — very much like Mourinho’s, in fact, but without the flame of authority or the spark of inventiveness.

Sometimes it seemed that senior figures were included against his real wishes, simply because their omission would lead to an inconvenient amount of trouble.

There was no hint of the strength of will or purpose that might have led to the forging of a new Chelsea, had he and the owner backed their beliefs and kept their nerve through what was always going to be a difficult season.

The bigger mistakes, however, have been made by Abramovich, £64-million of them on managers alone, and who is to say that the most consequential of all was not the appointment of Villas-Boas but a dismissal that prefaced it: that of Ray Wilkins, Carlo Ancelotti’s assistant, sacked without notice and apparently on a whim at the Stoke d’Abernon training ground one fateful morning in November 2010. It was a move that instantly destabilised the playing and coaching staff, leading — via the subsequent departure of Ancelotti — to the decision to hire a promising young Portuguese coach at least a year, and perhaps several, before it would have been possible to form a serious view of his ability to do a job that now looks harder than ever. —