How The Artist’s director silenced the critics 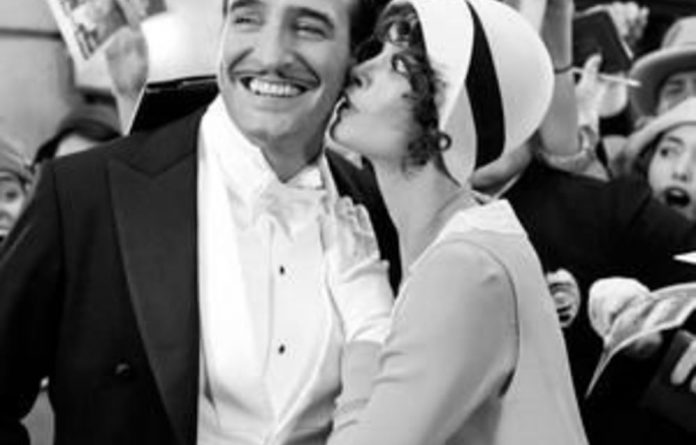 ‘When I first told people about my idea for this movie, they laughed at me,” said Michel Hazanavicius.

“Friends, actors, producers — they all laughed. They would say: ‘Okay, okay, but what do you really want to do?'” The problem was that Hazanavicius wanted to make a silent movie, 70 years after talkies rendered silents commercially obsolete and ­aesthetically outré.

True, there have been some avant-garde silent filmmakers (Canadian Guy Maddin, for instance), but ­Hazanavicius is not of their temper.

“I wanted to make a charming mainstream movie. But nobody thought the market was ready for it. Producers said: ‘Nobody wants to see a movie like that.'”

But they do. Hazanavicius’s ­unremittingly charming and inventive movie, The Artist, about a 1920s ­Hollywood star eclipsed by the talkies and by the young dancer he falls for, is proving a bona fide international crowd-pleaser.

“I didn’t know this, but there is something called the ‘satisfaction ratio’. When it opened in Paris, audiences were reporting 95% satisfaction and, within that, 80% expressed high satisfaction. In Paris! French cinema audiences usually do not express anything. Certainly not satisfaction.”

Beyond dreams
Moreover, The Artist has slayed the critics. It earned its star Jean Dujardin the best actor award at Cannes and then the Oscar for best actor. It apparently reignited Hollywood mogul ­Harvey Weinstein’s love for cinema — so much so that he bought the American rights to the film and gave it a November (2011) release in the United States, timing that surely signalled the producer’s plans to assault the Oscars, which paid off.

Hazanavicius is excited. “It is very nice to be talking to you, but even this is beyond my wildest dreams.”

We are chatting in a suite at London’s Dorchester hotel, while in adjoining rooms Dujardin and Hazanavicius’s wife, Berenice Bejo, are being interviewed by bevies of film hacks — the kind of public relations junket scenario you would get for a Hollywood blockbuster.

“It is wonderful because I am not sure there is an example of a French movie going to the Oscars outside the foreign-language category — Now I think everything is possible.”

Hazanavicius’s film is a love letter from Paris to Hollywood, after decades in which all the love went the other way. There is, for instance, a lovely tap dance in The Artist with the two leads that is something of a belated reply to Gene Kelly hoofing through the boulevards in An ­American in Paris 60 years ago.

French kissing in the USA
“I am unusual for a Frenchman. I have absolutely nothing against the United States,” said Hazanavicius. “French people are strange about America, I think.”

Nowhere is that more so than in their attitude to Hollywood, I ­suggest. Although film director Jean-Luc Godard is Swiss, his jeremiads against Steven Spielberg typify snooty French derision. The auteurs of the French New Wave created art; Tinseltown just made product.

“It is a very incestuous relationship,” said Hazanavicius, “because there is both repulsion and attraction. Even the nouvelle vague guys like Godard admired John Ford, Alfred Hitchcock, Anthony Mann, Howard Hawks. A lot of directors from Hollywood were considered auteurs. I think there is a contradiction.”

But why did Hazanavicius want to risk commercial suicide and critical derision by making a silent movie? The 44-year-old director is best known for two commercially successful French spy-movie pastiches: OSS 117: Cairo, Nest of Spies and the sequel Lost in Rio, which do for France’s security services what Johnny English does for Britain’s.

But Hazanavicius said he long wanted to go beyond being a Parisian pasticheur and make a film that did justice to his love for pre-talkie movies. Not the slapstick of Harold Lloyd, Buster Keaton or ­Charlie Chaplin, but one that echoed the achievements of his favourite silent-movie directors: FW Murnau, Georg Pabst, Erich von Stroheim, Fritz Lang and King Vidor.”It wasn’t the slapstick that meant so much to me. It was the melodrama. The point was to share that sensual experience I felt sitting in the cinema watching Murnau’s Sunrise.“

A cinematic education
When he was a boy, Hazanavicius said his grandfather would take him to the Max Linder cinema on the Boulevard Poissoniere, which showed silent movies on Wednesdays and Saturdays. He later lived in an apartment in the cinema building, as if gravitating towards his first love. His first wife and two children still live in the apartment. But it was in the cinémathèque across town that he got his real education in silent cinema.

“I was a crook,” said Hazanavicius. “I stole the format and made a modern movie from it.”

Once he had decided to make The Artist, he managed to convince producer Thomas Langmann to find some of the $12-million budget. But Hazanavicius had several competing ideas for storylines. In one, his hero’s story unfolded in Berlin.

“I really liked that idea because I could evoke German expressionist cinema and make a parallel between the coming of sound and the Nazis coming to power. But out of politeness to the audience, I decided against that. It would have been too much: silent, black-and-white, French — and with Nazis? Too much.”

The Artist focuses instead on George Valentin, a swashbuckling, thin-moustached Hollywood silent-movie star modelled on Douglas Fairbanks, whose career plummets with the advent of the talkies. But Valentin is no Gloria Swanson and the movie is no tragedy. Rather, it is a romance, as Valentin hitches himself to rising star Peppy Miller, played by Hazanavicius’s second wife, the Argentine-born French actor Bejo.

How do you make a silent movie in the 2010s? After all, studios are tooled up for 3D, actors programmed to learn lines and hardly any orchestras are invited to play the movie score live in a pit beneath the cinema screen.

“It is not that difficult,” said Hazanavicius. “There is no silent-movie style of acting.” But Dujardin apparently felt lost at the outset because he usually finds his way into a role through the character’s voice. “Yes, he was very confused at first because he did not know how to prepare.

Setting the tone
“One thing that helped was playing music on set that really gave the actors the mood for a scene. I used a lot of great classical Hollywood composers — Bernard Herrmann, Elmer Bernstein, Erich Korngold, Franz Waxman — or music from movies like Sunset ­Boulevard or Laura to put the actors in the mood.”

Shooting a silent movie had benefits for the overwhelmingly American crew on the set: they did not have to keep silent after he shouted: “Action!” The dog trainers for ­Valentin’s trusty canine sidekick Uggy, for instance, were able to yell out instructions during filming, safe in the knowledge that all their cries of “Sit!” and “Play dead!” would not be heard in the final movie.

The Artist should not have been a success, but it is and has proved a calling card for Hazanavicius in ­Hollywood.

“Now I am getting scripts for period movies, as though that is what they think I do. If they think that is all I do, I will change. All I know is that the best way to make shit is to do what you have done because you act out of a recipe.” Among the offers he has received is one from the head of fiction at HBO. “He said he liked The ­Artist and would be really glad if I had an idea for a serial. From the people who made The Sopranos, which to me is at the level of Dostoevsky, that is so flattering.”

The Artist must have done wonders for his reputation, I suggest.

“I don’t care about my reputation. People thought of me as a pasticheur, but I am also co-author of a documentary about genocide in Rwanda. I am not this Neanderthal guy who just makes a good show — although that is difficult enough. I have only one obsession: not to be boring.” —