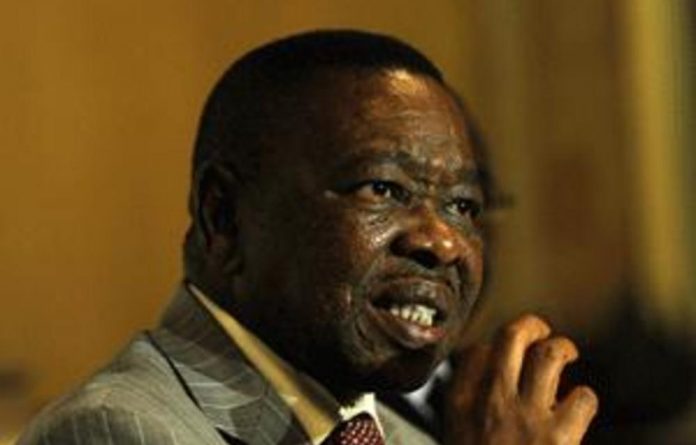 If one could be in two places at the same time, Blade Nzimande would have been in Cape Town and Durban on Wednesday morning.

As the minister of higher education and training, Nzimande would have been in Parliament attending an important portfolio committee meeting, but as general secretary of the South African Communist Party (SACP) he would be marching in the streets with Cosatu, protesting against e-tolls and labour brokers.

Nzimande’s dual leadership positions this week brought to the fore the balancing act he has to pull off to fulfil their demands, one sometimes at the expense of the other.

Although he was scheduled to brief the portfolio committee on his department’s green paper on post-school education and training — after his controversial non-appearance last week forced the postponement of the same briefing — Nzimande informed the committee only on Tuesday that he would be flying to Durban.

“The minister met me in person yesterday [Tuesday] to indicate that, by reason of his political organisation, he’d have to attend the march,” said Ishmael Malale, chairperson of the committee.

Sympathetic to Nzimande’s other commitments
Two committee members said on Wednesday morning, well before the briefing was due to start at 9.30am, that they were under the impression that Nzimande would be there. But Malale said the committee had “expected that the minister would not be present because of the national protest organised by Cosatu”. “As a senior leader in the tripartite alliance, he had to participate in the protest,” Malale said.

In his stead, the department’s director general, Gwebinkundla Qonde, presented the green paper.

Last week he arrived an hour late for the meeting — only to report that Nzimande would not be attending.

The SACP announced in a press release late on Tuesday that Nzimande would join the Cosatu-led march in Durban. The party’s statement stopped short of saying Nzimande would march against e-tolls which, with labour broking, sparked Cosatu’s nationwide action. It said “the SACP is in full solidarity with its alliance partner, Cosatu, and in full support of the workers’ — struggle for a safe, reliable and affordable public transport system”.

Presenting an SACP statement to the media last week, Nzimande said the measures announced by Finance Minister Pravin Gordhan, which included reducing e-toll tariffs to 30c a kilometre for light vehicles, “will go some way to alleviating the burden on users of the system”.

Nzimande’s absence from the portfolio committee last week irked members, who said this was because he was giving a press briefing. It was shortly after that botched meeting that an incensed ANC MP alerted the Mail & Guardian to plans to ask Nzimande to sack Qonde because “he is incompetent in implementing strategic programmes”.

But Nqaba Bhanga, a committee member from the Congress of the People, said it was the minister’s competence that should be questioned, not the director general’s.

“The person who’s incompetent here is the minister don’t shift the blame to the director general,” Bhanga said.

Annelie Lotriet, the Democratic Alliance spokesperson on higher education and training and also a committee member, said: “The green paper’s vision on that entire, vital area is from now till 2030. The minister must get his priorities right.”

Nzimande told marchers in Dur­ban he would not resign as higher education minister, the Sowe­tan reported. “The issue of deployment of SACP people to government positions was taken a long time ago by the SACP,” Nzimande said.

The ministry’s spokesperson, Vuyelwa Qinga, said there was no reason to accuse Qonde of incompetence. “At no stage has any member of the committee brought any complaints or expressed unhappiness against the director general.”