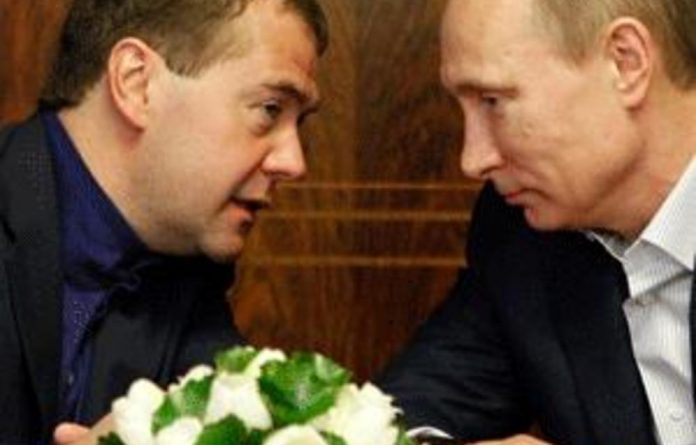 Vladimir Putin’s triumph in the Russian presidential election was hardly a surprise, but his tears during his victory speech were more of a mystery. Here are five lessons we can learn from his high emotions

1. The recent street protests have terrified him
It is hard to think of another public occasion when Putin has been quite this emotional. There were the tears, of course, but also several loud sniffs as he delivered his victory speech on a stage in Red Square. You can hear his voice cracking up; the pauses before several words betray the feelings of a man who is under severe strain.

In his address Putin made it clear that he believes nothing less than dark forces are plotting against him. In the past he has said that the West is behind the massive street protests that have shaken Moscow and other Russian cities. “We really showed that no one can impose anything on us! No one!” he shouted. He said that the ultimate goal of the demonstrators was to “destroy Russian statehood and usurp power”.

In fact, there is no evidence to support Putin’s fantasy claim that his opponents are Western stooges. Rather, the demonstrators are simply fed up with Putin’s corrupt system and his revelation that he had privately agreed with President Dmitry Medvedev a long time ago to serve a third term in the Kremlin — regardless of whether Russian voters wanted him there or not.

The demonstrators’ demands are actually modest: a rerun of December’s flawed poll, the freeing of political prisoners and the sacking of Russia’s discredited elections’ chief.

Their mood isn’t revolutionary. They merely want a genuinely plural political system and fair elections. The fact that Putin does not understand this shows he has lost touch with reality, the perennial problem of leaders everywhere who stay in power too long.

2. Kremlin spin-doctors have an explanation for everything
Within minutes of Putin blubbing in public, his spokesperson came up with an ingenious explanation: it was the wind. The prime minister’s lachrymose performance had nothing to do with his agitated emotional state, Dmitry Peskov said, but was the result of an icy breeze whipping over the Kremlin’s historic cobbles. True, it was chilly in Moscow: temperatures were well below freezing. But the explanation clearly stretches credulity.

Russia’s leadership has a long history of coming up with convoluted explanations to obscure an obvious truth. Sometimes, as with Putin’s tears, this is funny. But on other occasions it is sinister. Whenever human rights activists and journalists are gunned down in Russia, Putin typically blames the Kremlin’s enemies, arguing that the murders are carried out by his opponents in a deliberate attempt to smear the Kremlin. This wonderful but dark inverted logic runs through much of official thinking.

3. Putin’s recent facelift has not been a success
Speculation started last year that Putin had had some — ahem! — work done in preparation for his return to the presidency. Observers noticed that the bags and wrinkles under his eyes had mysteriously vanished and that his cheekbones had become strangely smooth. Last year the liberal New Times magazine ran an article headlined: “What has happened with Putin’s face?”

Meanwhile, opposition bloggers began using the mocking hashtag #botox with reference to Putin. (Medvedev, for his part, got #pathetic.) The March 5 close-up of Putin on stage surely confirms that the surgery rumours are true. His eyes seem to have shrunk, as if someone from the set of Harry Potter had stunned him from close range with a minor jinxing charm. But the old Putin looked much better, making one almost nostalgic for the days when the craggier-looking Putin skied down volcanoes, grappled with Arctic polar bears and descended fearlessly to the bottom of a Siberian lake in a cramped submarine.

This revival in humour is something recent. Although Russia has a rich tradition of political satire, it has struggled to express itself in Putin’s po-faced bureaucratic Russia.
One of Putin’s earliest acts as president was to shut down the country’s popular Spitting Image-style TV show, Kukly (meaning Puppets). Kukly had offended Putin by using an old joke from a story by the German writer ETA Hoffman in which a fairy casts a spell on an ugly dwarf so that others find him irresistibly beautiful.

Other spoof videos in the run-up to the March 4 election have depicted Putin as Montgomery Burns, the ageing miser from The Simpsons. Another satirises the poll as a 100m sprint.

Putin, in the middle of the field, runs off before everyone else, shoots his opponents in the foot and then jogs towards the tape. Vladimir Churov, Russia’s election chief, helpfully brings the tape towards him.

5. The protests won’t go away
Putin’s teary speech will infuriate protesters. He described Sunday’s poll as “clean” and “honest” despite widespread evidence of fraud, including carousel voting and the stuffing of ballot boxes. Putin has already ruled out rerunning December’s flawed Duma poll and has said he is not interested in investigating violations. This is one of the protesters’ key demands. He may have won on Sunday without fraud but the question is meaningless in a political system tilted so massively in his favour.

Angry demonstrators have noted that Putin’s tears are in stark contrast to his usually inscrutable, and even callous-seeming, behaviour on other big public occasions. He failed to cry when children were killed during the 2004 school massacre in Beslan or when the Kursk submarine sank. So why did he let the tears flow on Monday night? One theory is that he had fallen victim to his own paranoia and genuinely believed his victory was not a foregone conclusion.

Another more elegant explanation is that, despite his reputation as a KGB tough guy, Putin can be sentimental. It was Vladimir Nabokov, in his Lectures on Literature, who pointed out that Lenin had a sentimental as well as a cruel side. —

The World Cup of press freedom