Sauna diplomacy in the hot seat 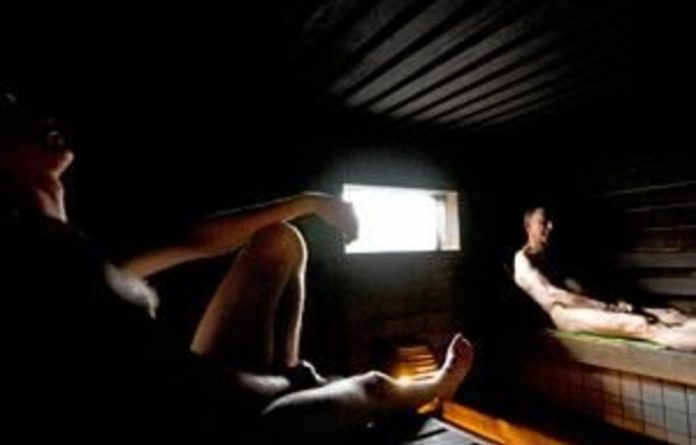 It’s a sticky, steamy business. Two or more do it naked in a small, dimly lit room. Heartbeats quicken, pulses pound, sweat pours. The climax is a moist, suffusing glow. It has nothing whatsoever, of course, to do with sex — but Olli Rehn, the European commissioner in charge of handling the eurozone debt crisis, has found himself accused of sexism after holding towel-clad briefings for male journalists in a sauna beneath his office in Brussels.

It’s hard to exaggerate the importance of the sauna in Rehn’s native Finnish culture. In a country of 5.3-million people the national statistics office estimates there are currently some three million saunas, rather more than there are cars. Every apartment block sports one for the use of its residents; many individual flats do, too. Factories, corporate HQs, town halls, schools and hospitals have saunas; the Finnish Parliament has a whole separate wing with multiple saunas and showers.

According to health ministry figures, 95% of Finns have had a sauna by their second birthday and the average Finn takes 1.5 saunas a week (and more on holiday; a sauna is an essential part of every Finnish sea or lakeside summer cottage).

Popular TV series have been set in saunas; Finnish academics publish doctoral theses on the subject with titles such as ‘The Ions and Electric Charge of Sauna Air” and ‘Adolescents’ Images of Sauna and Finnishness”.

In times past the sauna was a practical and versatile addition to any Finnish home: you could smoke fish and meat on its stove, wash in it during the long winter when there was no running water, launder clothes, dry linen, sleep in it (when it had cooled down).

Life began in a sauna: it was the cleanest place to give birth. And it ended there: the bodies of the dead were laid out and washed in the sauna. Like many Finns, Olli Rehn’s father was born in a sauna.

Abroad, Finns take their saunas with them. A World War II military manual set at eight hours the time needed for a battalion of Finnish soldiers to build a brace of saunas, heat them up and bathe in them. According to the foreign secretary, Pertti Torstila, Finnish peacekeepers have done just that on missions to such unfrozen environs as Egypt and Namibia, as well as in Afghanistan, Bosnia and Kosovo.

A whole language has evolved. ‘Sauna”, to start with, is about the only word of this notoriously impenetrable language to have been successfully exported. Loyly is the word for the steam given off when you throw water on the hot stones on top of the sauna stove; it’s different from the regular word for steam and has its roots in the word for spirit, breath, even soul. Vihta or vasta is the bunch of birch leaves with which you can gently beat yourself. If you’re lucky, the sauna elf (saunatonttu) may call.

But unless they are part of the same family, or very old and very good friends, Finnish men and women rarely take saunas together.

‘The rules,” says Timo Martikainen of the Finnish Sauna Society, ‘are instinctive. It’s difficult to be definitive. But generally, if a sauna is mixed, people will keep their swimming costumes on, although that’s not very comfortable. You don’t misbehave in a sauna in Finland. Sauna is almost sacred.”

So mostly, the sauna experience is a same-sex experience. In some societies, that could be a problem. The sauna has, after all, long been Finland’s favoured forum for informal — but often important — discussion and negotiation. I once interviewed a Finnish official in a sauna, and sauna diplomacy is a Finnish tradition.

Former president Martti Ahtisaari, the Finnish Nobel peace prize laureate of 2008, ‘used sauna diplomacy from Tanzania to Indonesia”, Tostila said. And during the Cold War, president Urho Kekkonen famously negotiated Finland’s delicate diplomatic escape from under the Soviet shadow in the sauna at his official residence.

On one occasion, in 1960, he kept Nikita Kruschev sweating there until five in the morning — when Moscow issued an unexpected communiqué ‘expressing preparedness to support Finland’s desire to integrate with the West”. Years later, in 1978, Kekkonen enlisted the help of the sauna to talk Soviet defence minister Dmitri Ustinov out of the unpalatable idea of joint military manoeuvres.

For, as Torstila explains, in the sauna ‘all are equal. There are no superpowers or minipowers in a sauna, no superiors or servants. You don’t keep your politics up your sleeve when you are not wearing sleeves. If you discuss and agree on something when you are all naked, it’s difficult later not to keep your word.”

Former foreign minister Alexander Stubb is more blunt: ‘At work I try to use the sauna strategy as well,” he said in his book The Naked Truth. ‘I cordially invite my colleagues into the sauna. Then I don’t let them out until everyone agrees with my legislation.”

But what if some of his colleagues are women? In Brussels the structural sexism of the sauna may indeed be a bit of an issue. But not, on the whole, in Finland, the first country in Europe to give women the vote. Here, more than 40% of MPs are women. Some 67% of women work (against 70% of men) and the world’s first government made up of a majority of women ministers was installed in 2007.

Tarja Halonen, the country’s female president for the past 12 years (until last week), has two saunas in her summer residence. In Finland, if anyone is likely to get upset about being locked out of the sauna, it’s the men. —