A brutal villain goes viral: the politics of Kony 2012 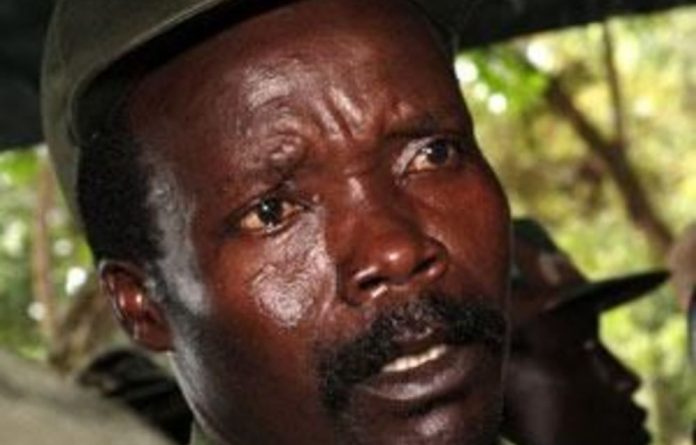 There are plenty of men in east Africa with guns and armies, plenty of brutal militia and bandits, but only one of them, Joseph Kony, is an internet celebrity, one of the world's most visible villains.

Charities now understand a maxim — the advertisers' maxim — that to be successful, a campaign has to go viral. The Kony 2012 film is undeniably powerful, if faintly kitsch, but it has accrued more than 46-million views on YouTube in two days. On Thursday, "Invisible Children", "#StopKony", "Uganda", and "LRA" all made it into the top 10 trending topics worldwide on Twitter.

Make Poverty History campaigners were the original viral grassroots marketers in the charity world and Kony 2012 is very much their spiritual successor; from the slick video to the merchandising and right-on street parties. There are even branded wristbands ("One for you, and one to give to a friend"), and posters are designed by the same artist as the Hope poster for Obama's 2008 election campaign.

But Kony 2012 has also suffered a backlash. People have attacked the charity running the campaign, Invisible Children, on technical issues, including how much it spends on the campaigns and filmmaking, compared with how much it sends to Africa. Many of these complaints are down to misinformation, and the charity has answered them here.

But there have been ideological criticisms too. People appear to resent the idea that an NGO should also be an activist group, especially one that appears to be calling for military intervention. How dare they? They should stick to building schools, and leave the politics to the politicians; even, in some cases, Africa to the Africans.

Paradoxically, Invisible Children is also being attacked from the other side entirely, by people saying that the campaign excuses people from engaging with a complex issue in a serious way, calling it "dumbing down" and accusing the makers of being naive.

But it is unfair to expect campaigners to desist simply on the basis that their campaign is idealistic. Few of us have the clout that governments wield. As most of the people pledging their support to the Kony 2012 campaign don't have the military force or political influence to change the world, they are calling on their governments to do something on their behalf. That's how politics works. Additionally, a campaign is not supposed to be nuanced. This is the internet, and if you're going to be successful you have to think in slightly blunt terms. UN briefing documents of 500 pages rarely go viral.

Of course the situation is not as simple as the film implies. The Lord's Resistance Army (LRA) is not the only bandit group in east Africa, though it may have a claim to be the most brutal. They are not operating in a vacuum either, and it has been alleged that the beleaguered north Sudanese government is supplying Kony in order to disrupt newly independent South Sudan. This would hardly be out of character for Khartoum.

And it is hardly Africa's least-covered issue. The LRA has featured as villains in several Hollywood movies, including Casino Royale and the more recent Machine Gun Preacher. The international criminal court already has a warrant out for Kony's arrest — it was the first they ever issued — and the Ugandan and South Sudanese militaries aren't exactly his biggest fans.

Even so, the allies that Invisible Children have made are hardly admirable. The Ugandan army is under investigation by the ICC for alleged atrocities committed during the country's civil war, and the Sudan People's Liberation Army is accused of similar outrages.

Nevertheless, any activist group is perfectly free to call for whatever it likes, and appeal for popular support for their campaign. Lobbying is not restricted to lobbyists by law.

Anything that shines a light on the atrocities that are an almost daily occurrence in this region is a good thing — and with millions watching the video and joining the discussion, this aim has been achieved.

If this campaign contributes to Kony being brought to justice, that is a real, tangible, important achievement. As well as stopping a brutal and bloodthirsty bandit, it may also send a signal to others that they are unable to operate with impunity any more in east Africa — and, perhaps more importantly, it might send a signal to people there that the world has a stake in their lives.

It could work, actually. The film states that it "expires" on December 31 2012, and it is good that the campaigners are aware of the temporary nature of an internet campaign, and can use it to their advantage. Even if Kony is still at large at the end of this year, some of the message will have got through to people. In fact, the power of the internet is that, in just two days, much of it already has. —