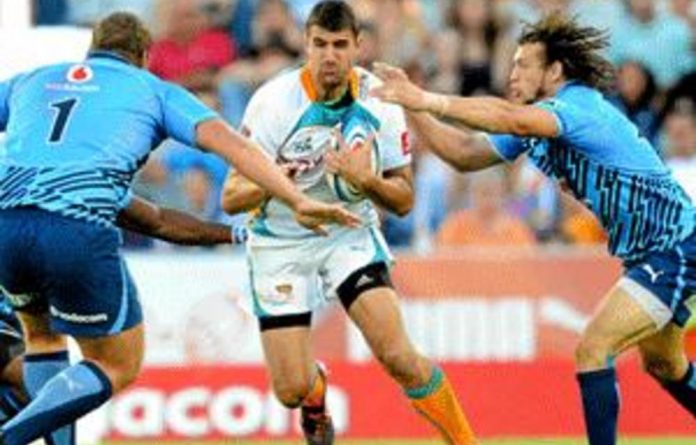 The third week of the 2012 Super Rugby tournament began with kindergarten cries of, “our games are harder than your games”. It was John Plumtree, a New Zealander who coaches the Sharks, who lit the blue touchpaper when he said that the South African conference was a far tougher affair than those in New Zealand and Australia. “I’d be quite happy to swap,” responded Crusaders coach Todd Blackadder, following his side’s unexpected 27-24 defeat to the Highlanders in Dunedin.

This is the kind of debate that rages in the press when there is little else to write about. The fact is that the first two weekends of the season produced very little to quicken the pulse, despite the fact that several games were decided in the dying minutes. There is no sense that the four unbeaten sides at the top of the table will remain there through thick and thin or that their counterparts at the bottom of the log are doomed.

Plumtree’s side has lost twice, but narrowly on both occasions and has managed a bonus point away from home at both Loftus and Newlands. The real test comes this week with the Sharks’ first home game against the Lions in Durban. Lose that, and the critics will certainly be sharpening their knives, but there was enough to admire in weeks one and two from the coastal union to suggest that this will be the point at which they get back on the bus.

For their part, the Lions have much to prove. They only just beat the Cheetahs in week one, a result that was put into perspective when the Bulls beat the same side 51-19 in Bloemfontein last week. Then, the Lions allowed the Hurricanes to get off the hook in a sadly familiar denouement in Johannesburg last week. Currie Cup champions they may be, but in Super Rugby it will take John Mitchell a long time to instil a winning culture in a franchise that has become used to losing.

So, the local pacesetters are the Bulls and the Stormers, with the former looking the more polished of the two units at this stage. The Bulls were one dimensional but effective against the Sharks in week one, but against the Cheetahs, they showed no mercy in a display that suggested reports of their imminent demise have been exaggerated.

As ever, though, the real proof will come when they go on tour to the antipodes. By then, their playing reserves will have been tested and the newcomers, promoted to the first team after the clear out at the end of 2011, will have been scrutinised. The feeling is that the frontline troops can paper over the cracks left by the departure of the Matfields and Fouries, but their backup may be found wanting.

This week will be enlightening, for the Bulls host the Blues at Loftus without the Bulls’ suspended livewire scrumhalf Francois Hougaard. The Blues lost at Eden Park to the Crusaders in week one, which is something that can happen to anyone, but last week they were hammered 29-14 by the Chiefs in Hamilton, a result that prompted their captain, Keven Mealamu, to lay his feelings rather bluntly on the line. “That sort of performance is not bloody good enough,” said the All Black hooker.

The Bulls could make a statement by putting the Blues to the sword this week.

It is the sort of thing the Loftus faithful have become accustomed to, but there is always the important caveat that the home side has not yet faced a non-South African team. The restructuring of the competition means that the opening weeks are almost exclusively parochial affairs, which delays the onset of reality.

Hence the word games at press conferences and the popularly held conviction that the Australians have got it easy.

Few have been bold enough to suggest that the Reds were mollycoddled on their way to the title last year, but many have criticised a system that allows them four fixtures each year against the Rebels and the Force.

What was lost in the restructuring was the feeling that the champion side had to carry all before it, because everyone had to play everyone else. The way things are now, a team can be living in cloud-cuckoo-land about its real ability for far too long.

That should be a nagging thought at the back of the mind for Stormers coach Allister Coetzee. The draw has been kind to the Stormers and they have two wins under their belt with the luxury of a bye this week. They do not have to leave the country until a month hence and by then, they could have entrenched themselves as one of the tournament favourites.

The trouble is that no one really knows at this stage and there could be a horrible wakeup call just around the corner.

For the time being, however, all any team can do is beat the side put in front of them and perhaps that is just as it should be.