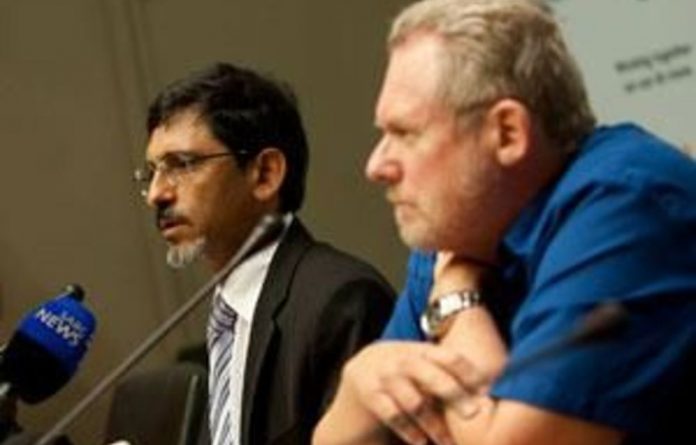 The government on Friday roundly welcomed the Competition Appeals Court’s ruling on the Walmart/Massmart merger and appeared unlikely, at present, to take the matter to court.

“[The judgment] endorses some of the central concerns government raised during the proceedings, particularly those regarding the impact this merger would have on small suppliers and employment within the supply chain,” Economic Development Minister Ebrahim Patel said at a press briefing in Cape Town.

While the court found against government’s attempt to have the merger set aside, it accepted there were legitimate concerns about the effect it could have on small producers and employment.

The court ordered a study be commissioned by three experts representing trade union Saccawu (South African Commercial Catering and Allied Workers’ Union) — also party to the proceedings — the state and the merging parties.

The experts have two months to produce a report on the best means by which these suppliers could participate in Walmart’s global value chain and ensure that benefits from the merger flowed into this sector of the economy.

Patel said the panel created a forum where government’s key concerns could be ventilated and had every intention of cooperating with the study.

Davies stressed the state’s opposition to the merger was not a general statement on its attitude to foreign direct investment. Criticisms of government’s involvement in the matter along these lines were “red herrings”, he argued.

“It is misleading to make these leaps — that because government has gone through this process, that we are opposed to foreign investment,” Davies said.

The judgment recognised that this was the entry of the world’s largest retailer, with global supply chains, into the South African market, he noted. A transaction with these characteristics should be structured in such a way as to account for the impact of those factors on local suppliers and manufacturers, Davies argued.

Historical retrenchment
The court also ordered, in line with Saccawu’s submissions that 503 employees retrenched by Massmart in the run up to the merger, were to be re-instated.

Merger parties Massmart/Walmart stated their objection to this finding in a statement released on Friday.

“The companies fully appreciate the court’s role in seeking to reconcile the potentially complex legal, economic and public interest considerations in this case,” it said.

“We do however respectfully disagree with the court’s finding that the historical retrenchment … was closely linked to the merger.”

Valuable lessons
Business Unity South Africa (Busa) also endorsed the judgment, although urged the state and its social partners “to finalise the rules and regulations affecting all forms of investment and acquisitions”.

“A number of valuable lessons can be derived from the entire process leading up to the court’s decision, including the extent to which the protracted nature of the Walmart negotiations generated unnecessary uncertainty,” Busa deputy head Raymond Parsons said in a statement.

Greater clarity on the part of government would provide the “certainty and predictability needed for investment to take place”, said Parsons.

Saccawu said in a statement that while it welcomed judgment, it would only release a detailed decision next week.