We must lead in putting Africa first 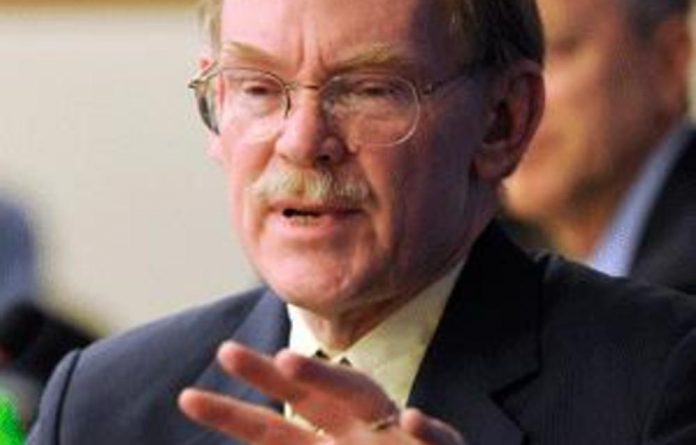 The existing global economic governance arrangements are failing. They are incapable of dealing with our challenges of poverty, inequality, unemployment and environmental degradation. Nevertheless, they are proving to be exceptionally resistant to change. Although the old powers — primarily Europe and the United States — have lost some of their authority, they have demonstrated that they will not easily surrender control and are still capable of imposing their will on the international community in matters of most interest to them.

It means that achieving substantial, progressive global economic governance reform will be a slow, painful process. It requires emerging powers to exploit each opportunity, no matter how small, for advancing the process of change. Skilled diplomatic efforts are needed when the chances for clear victories are slim but can generate collateral benefits that increase the chances of future successes.

The selection of the next World Bank president offers a useful occasion for advancing this process.

History not on Africa’s side
Historically, this official has always been an American. There is general agreement that this arrangement should be replaced by an open, transparent and merit-based selection process. In fact, all G20 member states committed themselves to support such a process. However, because the Europeans reneged on this commitment by insisting that Christine Lagarde from France be appointed International Monetary Fund managing director, the US is now demanding that the next World Bank president be an American. Given the realities of political power and the voting arrangements in the World Bank, it is likely to get its way.

The rest of the world should not passively accept this. It should force the US candidate to compete for the post and publicly commit to meaningful reform of the governance of the bank and of its operations.

The stakes for Africa in this matter are high. This appointment is about more than just finding a technically competent World Bank leader. The next president must have the skills, experience and commitment to make a complex institution more responsive to the evolving needs of all its stakeholders: its debtor and creditor member countries and their citizens, who are the intended beneficiaries of the bank’s operations but can also be harmed by them. The person must ensure that the bank has the credibility and capacities to work with its borrower countries to meet their most urgent challenges — finding growth strategies that reduce poverty, inequality and unemployment within the constraints created by climate change and other environmental stresses.

Africa must back a candidate who’s sympathetic to the continent
For Africa, this means supporting a candidate for the position who is committed to hearing and responding to the views and concerns of the continent. The most effective way to achieve this objective is to organise a campaign to support an undeniably qualified African for the position. Even though this campaign may not succeed in its stated objective, it can bring other benefits for Africa. It will show the world that, despite the recent ineffective African responses to the Libyan and Côte d’Ivoire crises and the deadlock in the election of the next head of the African Union, Africa can unite and advocate for its interests in international institutions. It will also remind the World Bank membership that African states are important consumers of its services and that it should pay careful attention to their needs and concerns. Finally, it will put down a marker that, in future, the heads of major international institutions must be selected through open, transparent processes on the basis of their qualifications and not their nationality.

South Africa has a special responsibility in this campaign. It is a leading voice in Africa and a respected participant in the institutions of global economic governance.

Leadership brings responsibility and South Africa needs to take the initiative in organising and promoting this campaign. There are many qualified African candidates and South Africa should consult key African allies to identify the most suitable candidate for the continent. Once an agreement is reached on whom the “African candidate” will be, South Africa should use its seat on the World Bank board to nominate the candidate, work with African institutions to co-ordinate the campaign and with its international networks to promote the candidate to its allies in the Brics (Brazil, Russia, India, China and South Africa) grouping, the G20 and civil society internationally.

Although the campaign may not succeed in its immediate objective of selecting the next World Bank president, it can bring benefits such as demonstrating the advantages that South Africa’s leading role in global governance can bring to the continent, strengthening Africa’s ability to advocate effectively for its interests in international affairs and laying the foundation for future global economic governance reforms.

This campaign may not be a game changer, but it can help to bring the day of genuine global governance reform closer and, in the meantime, accrue Africa important collateral benefits.