Zuma’s lawyer and the mega tender 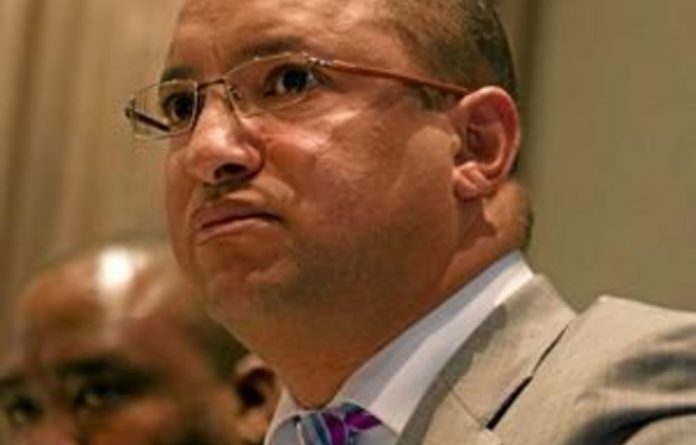 Cash Paymaster Services won the contract, worth R10-billion, from the government’s grants management body, the South African Social Security Agency (Sassa), following an on-and-off process that took years to complete and is now the subject of court action by one of the losing bidders, Absa-owned Allpay.

The Mail & Guardian reported a fortnight ago that in an earlier round of bidding that was ultimately aborted prominent advocate Norman Arendse had turned down and reported a bribe attempt made by sports administrator Gideon Sam, allegedly on behalf of Cash Paymaster Services.

Now it appears Hulley played a complex dual role in the process, which apparently had him first advising Sassa on how to settle a rash of law suits with Cash Paymaster Services and then switching to a new role in which he earned R21 000 per day for providing “commercial, financial and legal advice” to the agency.

Apart from any questions this may raise about the role his political connections may have played in securing such lucrative work, it might be regarded by other bidders as evidence that the award of the tender to Cash Paymaster Services was influenced by the perceived need to settle with the company. His involvement was revealed in a court affidavit filed this week by Allpay.

Further concerns about the tender, one of the biggest awarded, are revealed by Mail & Guardian investigations, which show that the chair of the bid committee, National Development Agency chief executive Vuyelwa Nhlapo, was in a business relationship with Cash Paymaster’s key black economic empowerment (BEE) partner, Mazwi Yako, as recently as 2010.

She failed to declare this obvious conflict of interest — although it has been claimed that the connection between the two was “tenuous”. She has also been accused of “irrationally” lowering AllPay’s scores to Cash Paymaster Services’ benefit.

This is among several hard-hitting claims in AllPay’s affidavit, made by general manager Charmaine Webb. The company is seeking to have the Cash Paymaster Services’ contract, for the distribution of social grants in all nine provinces over five years, set aside.

Webb claims the bid documents show that the process followed by Sassa in awarding the contract was “very deeply flawed”. Cash Paymaster Services, wholly owned by the South African-based but United States-listed multinational Net1 UEPS, was awarded the contract in January following a stop-start tender process already dragging on for five years.

For the past 12 years the company, AllPay and Empilweni Payout Services have held provincial contracts for the payment of social grants. These were to be centralised after the formation of Sassa in 2005, but an early iteration of the tender was cancelled in 2008 because, in the words of Arendse, chair of the then-adjudication committee: “The evaluation process was completely and utterly flawed.”

Cash Paymaster Services is suing the agency over the cancellation.

In February this year, after AllPay withdrew its initial urgent attempt to interdict Sassa from implementing Cash Paymaster Services’ appointment, the agency agreed to share “all” bid documents with AllPay.

Webb claims Sassa gave them a “highly filleted” record devoid of key documents, including those relating to Hulley. Having requested further information, Webb said Allpay was given Hulley’s letter of appointment, which stated his role was to provide “commercial, financial, legal and operational advice” on the tender.

But Serge Belamant, chief executive of Net1, offered the M&G a wholly different and startling explanation of Hulley’s role. He said the lawyer had been brought in before the tender in an attempt by Sassa to settle various lawsuits Cash Paymaster Services had brought against it.

“[Hulley] was given the task to manage the existing law suits that we had against Sassa, because we’ve got a lot of law suits against Sassa. His job was to peruse them to see what was real, what wasn’t real and could we get to a point whereby we should settle some of that.” But, said Belamant, once the new tender was under way, “this entire investigation into the lawsuits was halted because they didn’t want anybody to somehow infer that these lawsuits and their resolution had anything to do with a potential tender award.”

If true, it is remarkable that after investigating the possibility of settling Cash Paymaster Services’ cases against Sassa, Hulley was drafted as an adviser on a tender the company later won. Now that it has won the tender, Belamant confirmed that it wanted to to settle with the agency.

Hulley told the M&G he did play a role but referred further questions to Sassa. Department of social development spokesperson Lumka Oliphant said a decision had been taken by both the department and Sassa not to comment at all.

At the heart of AllPay’s attempt to have Cash Paymaster Services’ contract reviewed and set aside is their claim that Sassa imposed an “eleventh-hour” change to the tender’s specifications, fatally prejudicing their bid and favouring the winner.

According to Webb, Sassa initially told bidders the identity and “proof of life” of beneficiaries should “preferably” be biometrically verified — using fingerprints or voice recognition technology, for example — for every single payment. This is important because, according to AllPay’s bid, for ATM payments recipients would have accessed their money using a card and pin number.

In Cash Paymaster Services’ case, grant recipients would phone a toll-free call centre, which would verify their voices before they drew money. In other words, it offered biometric verification for each payment and AllPay did not.

But just five days before the bids were due in June, AllPay said it received notification “for clarification” from Sassa that biometric verification was “required” for every payment. Webb argued that this notice substantially altered the bid specifications, but Sassa denied this.

In Webb’s affidavit, she takes issue with Nhlapo and a second evaluation committee member, Wiseman Magasela, a director in the department of social development, who she says “irrationally” lowered AllPay’s scores after an oral presentation in October.

The oral presentations were an opportunity for bidders who had scored more than 70% in their written bids — AllPay and Cash Paymaster Services — to clarify technical aspects of their proposals.

Webb says that after the presentation AllPay’s score was lowered to 58% and only Cash Paymaster Services proceeded to the next stage.

But, she says, Nhlapo and Magasela had substantially lowered AllPay’s scores on issues that were not even discussed at the presentation.

“Most astoundingly, Nhlapo halved the scores which she had allocated under ‘financial security’,” despite her committee later noting that, as an Absa subsidiary, AllPay carried “minimal” financial risk, Webb says.

She adds that Nhlapo had increased Cash Paymaster Services’ scores for each of the criteria after the presentation: “Put differently, the increase in [its] scoring was attributable solely to Nhlapo.”

Yako, through Born Free Investments 272, is a long-standing BEE partner of Cash Paymaster Services and Belamant confirmed he was a key player in the bid consortium. He and Nhlapo were on both on the board of Reflective Learning Resources until early 2010.

Nhlapo said she never declared this to Sassa “because it just didn’t ring a bell”. She had not realised her former partner was part of the consortium.

Yako also said he had not realised his former business partner was the committee chair.

Mercia Smuts, Reflective Learning’s founder, said she only remembered them meeting once. She believed their relationship was “tenuous”.

Oliphant said Yako and Nhlapo’s relationship was not a conflict of interest.