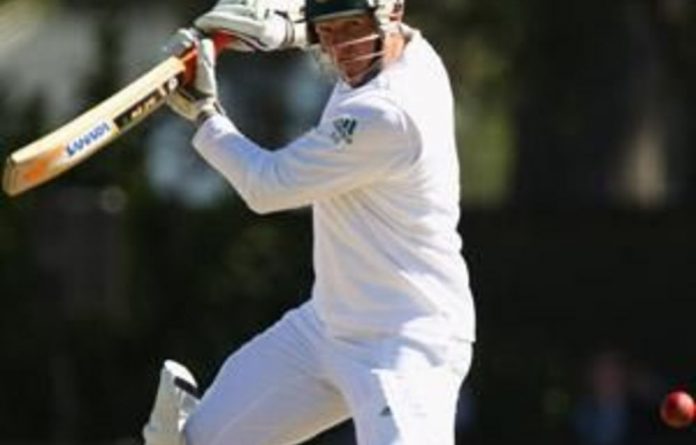 Captain Ross Taylor and Brendon McCullum kept New Zealand’s slim hopes of scoring 401 runs to beat South Africa in the first test alive after they helped the hosts reach 137 for two at the close of the fourth day’s play at University Oval in Dunedin on Saturday.

New Zealand’s chances of threatening the record target, let alone saving the test on a pitch that is displaying inconsistent bounce, rest with McCullum (58 not out) and Taylor (48 not out), who had combined for an 82-run partnership before bad light stopped play with four overs remaining.

The naturally aggressive duo had thrown away their wickets with rash strokes in the first innings and while they tempered their all-out attacking instincts they were still scoring at more than four runs an over.

South Africa captain Graeme Smith had declared their second innings on 435 for five midway through the second session on Saturday then his bowlers put New Zealand’s batsmen under immense pressure with Vernon Philander consistently creating doubt just outside off stump.

The pressure told on both opening batsmen with Martin Guptill unable to handle Philander’s late away movement and he was caught at third slip by AB de Villiers for six before tea.

Nicol, who needed treatment on his left hand after he was hit by a steeply rising delivery from Morkel, wasted his earlier efforts when he got a full toss from leg spinner Imran Tahir and hit the ball straight to Smith at mid-on for 19.

Mammoth task ahead
Smith had declared midway through the afternoon session, shortly after Jacques Rudolph had become the third player in their innings to reach a century.

Rudolph, who had resumed after lunch on 59, raced through to his sixth test century and was on 105 not out, while Mark Boucher was on 34 when the Proteas ended their innings with a lead of 400 runs.

Only four other sides have scored more than 400 runs to win a test match when batting fourth and New Zealand will need to surpass not only their highest successful fourth innings score at home (324-5 against Pakistan in 1994) but also the highest successful run chase in the country.

New Zealand’s highest score batting fourth is the 451 they scored against England at Christchurch in 2002, which was dominated by Nathan Astle’s 222 as he achieved the fastest double century in test cricket off 153 balls.

The visitors, who had resumed the day on 268 for three, lost just two wickets with Jacques Kallis caught by Nicol off Trent Boult for 113, while de Villiers was caught in the deep by McCullum for 29 off the part-time spinner Kane Williamson.

South Africa need to sweep the series 3-0 to take over the world number one test ranking from England. — Reuters