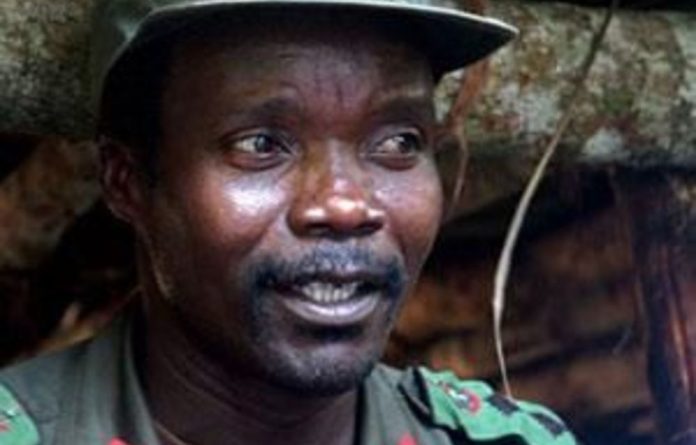 The wildly successful viral video campaign to raise global awareness of a brutal Central Africa rebel leader is attracting criticism from Ugandans, some who said Friday that the 30-minute video misrepresents the complicated history of Africa’s longest-running conflict.

The campaign by the advocacy group Invisible Children to make militia leader Joseph Kony a household name has received enormous attention on YouTube and other Internet sites this week.

But critics in Uganda said the video glosses over a complicated history that made it possible for Kony to rise to the notoriety he has today. They also lamented that the video does not inform viewers that Kony originally was waging war against Uganda’s army, whose human rights record has been condemned as brutal by independent observers.

“There is no historical context. It’s more like a fashion thing,” said Timothy Kalyegira, a well-known social critic in Uganda who once published a newsletter called The Uganda Record.

Kony’s Lord’s Resistance Army (LRA) began its attacks in Uganda in the 1980s, when Kony sought to overthrow the government. Since being pushed out of Uganda several years ago, the LRA has terrorized villages in Congo, the Central African Republic and South Sudan. The group takes young women into sexual slavery and forces children to commit heinous attacks.

In the years when Kony’s men roamed northern Uganda, the Ugandan government was often accused of failing to do enough to capture or kill Kony, with some government investigations showing that army officers profiteered from a protracted war.

Olara Otunnu, a former U.N. diplomat who worked on children and armed conflict, has long accused the Ugandan government of committing genocide in northern Uganda as it pursued Kony.

Simply put
Invisible Children said in a statement posted on its website that it does not defend any of the human rights abuses committed by the Ugandan government.

But it said: “The only feasible and proper way to stop Kony and protect the civilians he targets is to coordinate efforts with regional governments.”

Ogenga Latigo, a politician from northern Uganda who previously led the opposition in Uganda’s Parliament, said Invisible Children’s perspective was too narrow to be allowed to define the popular understanding of an insurgency that displaced millions and in which thousands were killed or abducted.

“Theirs is a narrow perspective”, he said of Invisible Children’s work. “They just want the war to end so that children can go back home. That’s all.”

Latigo said that the Ugandan government, by failing to deploy enough soldiers to prevent the LRA from abducting children over the years, had been partly responsible for the rebel group’s success as a recruiter of children.

“Our position was clear. We told the government: ‘There are not enough soldiers’,” he said.

Invisible Children said that in its quest to garner wide support of a complicated issue, it tried to explain the conflict in an easily understandable format. It said that many nuances of a 26-year conflict are admittedly lost or overlooked in a half-hour film.

Making invisible visible
Not everyone is critical of Invisible Children’s campaign. Maria Burnett, a researcher on Uganda for Human Rights Watch, said the video has helped draw attention to an issue the rights group has long been working on.

“We hope it will be helpful,” she said. “What it leads to remains to be seen, but the goal to bring pressure on key leaders, to protect civilians and to apprehend LRA leadership is important, absolutely.”

Burnett added that while the LRA issue is important, Uganda’s military also needs to be accountable and professional — “and there’s still a long way to go in that regard”.

Luis Moreno-Ocampo, the prosecutor of the International Criminal Court (ICC), where Kony is wanted for war crimes, told the Associated Press this week he thinks the attention Invisible Children has raised is “incredible, exactly what we need”.

Kony is now thought to be hiding in the Central African Republic, where he fled before an aerial assault on his forested base in Congo in 2008. Ugandan officials say the LRA – with some 200 core fighters at most – is weakened and is merely trying to survive.

Invisible Children’s new campaign comes five months after President Barack Obama sent 100 US forces to help regional governments eliminate Kony and his lieutenants. American troops are now stationed in Uganda, the Central African Republic, the Congo, and South Sudan, countries where Kony’s men operate. Ugandan officials say that, with the help of US troops, the hunt for LRA leaders has intensified in recent months.

Asked what the chances were of eliminating the LRA, Rear Admiral Brian L. Losey, the top US special operations commander for Africa, told journalists last month: “I don’t see failure”.

“The issue has been around for ages,” he said. “We have to ask ourselves why suddenly there is this uproar. I believe that these people have other motives that they are not putting out in the open.” — Sapa-AP