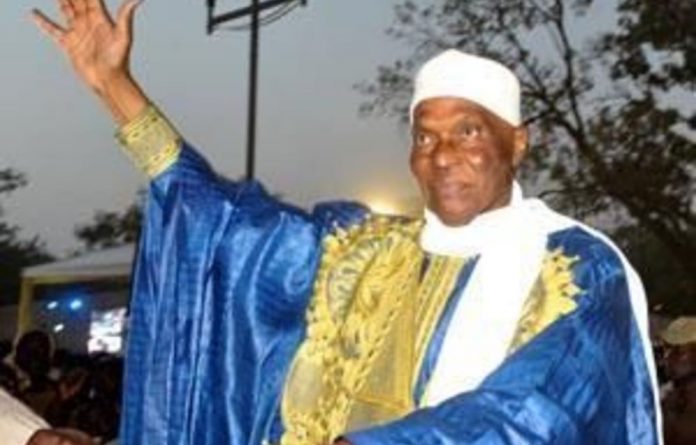 Senegal’s opposition joined forces at a mass rally on Sunday, to block 85-year-old President Abdoulaye Wade from landing a third term in office and back challenger Macky Sall.

The 12 presidential candidates who fell out of the running in a first round of voting on February 26 have formed a coalition they hope will usher ex-prime minister Sall into power.

Wade is facing a stiff battle to retain power at the March 25 poll after a strong opposition showing crushed his hopes of overall victory in the first round and forced him into a runoff.

Sunday’s rally took place at Obelisk Square, the site from where a month of violent protests against Wade’s candidacy began in the run-up to the election, leaving six dead and over 150 injured.

The election in a country known as a haven of stability in troubled west Africa is being closely watched by foreign allies concerned about one of their reliable African partners.

‘Together we will lead Senegal’
Sall (50) on Saturday announced the launch of the Alliance of Forces for Change coalition, which will be backing him in the runoff election.

All the runners-up, who together totalled 60% of first round votes to Wade’s 34.8%, have come out in support of Sall going into the run-off.

Sall, who polled 26.5% in the first round, is the favourite to win.

Wade, who has been in power for 12 years and is accused of massaging the Constitution to circumvent a two-term limit he himself imposed, has been on the religious circuit courting influential Muslim leaders.

With the opposition backing Sall, the leader is counting on the powerful Islamic brotherhoods to call on Senegalese to vote for him.

‘I’m not going to twist your arm’
On Saturday night he met a leader of the Mourides, the overwhelmingly Muslim country’s most powerful and influential brotherhood to which he himself belongs.

“I know there are many behind you, who listen to you. I am not going to twist your arm, but know that I am counting on you,” Wade was cited as saying to the leader by the Senegalese Press Agency.

He said he failed to win in the first round because “the West was campaigning against me”.

Both the United States and France had urged Wade to retire, to which he reacted with scorn as he equally dismissed the opposition’s protests as “temper tantrums”.

While Wade has received kudos for an aggressive infrastructure drive, critics say he has focused on fanciful legacy projects to the detriment of good governance initiatives.

Power cuts cut
In 2007 he won in a first round with 55%, but his popularity has plunged in recent years amid rising food prices and power cuts which crippled activity in 2011, but have disappeared around the election campaign.

Growing social anger has combined with fury over Wade’s perceived efforts to line up his unpopular son Karim to succeed him.

This erupted in four weeks of riots from January 27 when the country’s highest court upheld Wade’s case that a 2008 constitutional amendment altering the term lengths from five to seven years, allowed him another term. — Sapa-AFP