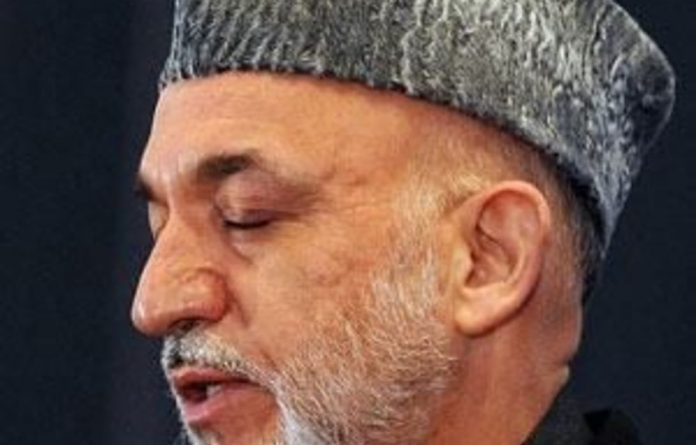 Sixteen Afghans were killed by a rogue American soldier who walked off his base and opened fire on them in their homes in the early hours of Sunday, Afghan and Western sources said.

An Agence France-Presse (AFP) reporter counted 16 bodies — including women and children — in three houses in two villages of Panjwayi district in the southern province of Kandahar.

The shooting is likely to worsen relations between Washington and Kabul, which already plunged to an all-time low last month after the burning of Korans at a military base near the Afghan capital.

Nato’s International Security Assistance Force said it had arrested a soldier “in connection to an incident that resulted in Afghan casualties in Kandahar province”, without giving a figure for the dead or wounded.

Killed and burned
“In one house, I saw 10 people, including women and children killed and burned in one room. Another woman was lying dead at the entrance of the house,” the AFP reporter said from the scene.

Among the dead were “at least two children, two or three years old”.

One other person died in a second house in Alkozai village while four more were killed in nearby Najeeban, he said.

In one house, an elderly woman screamed: “May God kill the only son of Karzai, so he feels what we feel.”

“One of our soldiers is reported to have killed and injured a number of civilians in villages adjacent to his base,” he said.

The US embassy in Kabul also issued a statement extending “its deepest condolences to the families of the victims of today’s tragic shooting incident in Kandahar province”.

“We are saddened by this violent act against our Afghan friends. We assure the people of Afghanistan that the individual or individuals responsible for this act will be identified and brought to justice.”

Afghan and Western sources said the rampage began after a US soldier walked off his base in the early hours of Sunday morning.

The incident comes just weeks after the Koran burning ignited violent anti-US demonstrations in which some 40 people died. During the protests, six American troops were killed when Afghan soldiers turned their weapons on their allies.

But there was no word on what might have motivated the soldier’s actions in Kandahar.

Negotiations under way
The Afghan government official said Karzai had dispatched the army chief of staff to head an investigation into the incident.

Washington and Kabul are negotiating a long-term strategic partnership deal governing their relations after US-led combat troops pull out in 2014.

The treaty would likely cover the legal status of US troops remaining in Afghanistan after 2014 to help Kabul with intelligence, air power and logistics in the fight against the insurgents.

In Iraq, Washington abandoned its pursuit of a strategic partnership deal and pulled out all its troops, leaving no residual force, after failing to get Baghdad to grant its soldiers legal immunity.

Afghan resentment of US forces was also provoked by a video posted online in January showing US Marines urinating on the bloodied corpses of slain Afghan insurgents — an incident condemned by the Pentagon.

And in November, the ringleader of a rogue American military “kill team” charged with murder for shooting civilians for sport was found guilty and sentenced to life in prison by a military panel.

Kandahar is a stronghold of Taliban insurgents fighting to oust Karzai’s government, which is supported by some 130 000 US-led Nato troops. — AFP